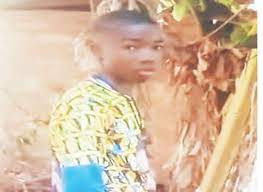 A 15-year-old boy, Emmanuel Ameh, has been electrocuted in Achusah area of Makurdi, the Benue State capital.

It was gathered that the deceased, a student of Benue State University Technical College, died due to the alleged negligence of the staff of Jos Electricity Distribution Company, JED, in Makurdi.

Speaking to journalists on Thursday, April 22, uncle to the deceased, Samuel Olokpo, said officials of JED came to the house when everyone had gone to work and disconnected electric lines belonging to four households.

“On Monday morning, April 19, when everybody had gone to work and school, JED staff went to do their round of disconnection of customers who were indebted to the company. In the afternoon, some of our neighbours’ kids were playing around the pole and one of them made contact with the wire, his name is Emeka, a little boy of about five years, and was shocked. He ran to Emmanuel who just came back from school to complain, being the most senior at home,” Mr Olokpo narrated.

“He ran to Emmanuel who just came back from school to complain, being the most senior at home. “Emmanuel went to roll up the wires from the ground because when they did the disconnection they left all the wires on the ground. He made contact with the wires and he was electrocuted.

“A neighbour, Jonathan Agi saw what was happening and rushed to the scene, used a dry stick to pushed him away. The other persons came too and they were able to intervene. They cut off the wire that had power. He was rushed to the nearby Ushaka Clinic and Bishop Murray Hospital, all in Makurdi, where he was pronounced dead. The Police come and helped us conveyed his body to Benue State University Teaching Hospital mortuary where it as-deposited,” he said.

Mr Olokpo also disclosed that top engineers from the JED office in Makurdi visited on Wednesday to condole with the family over the incident.