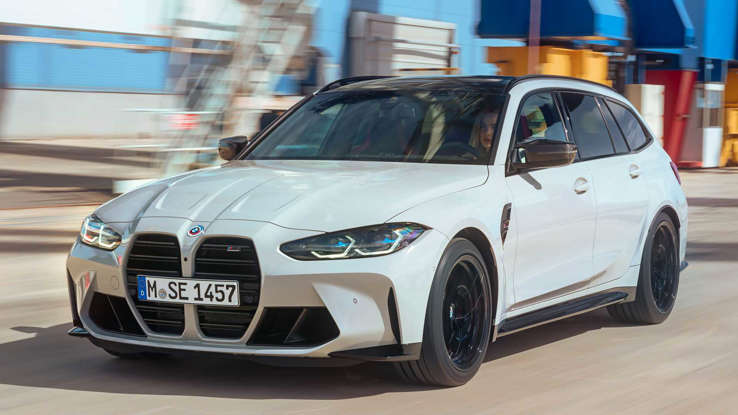 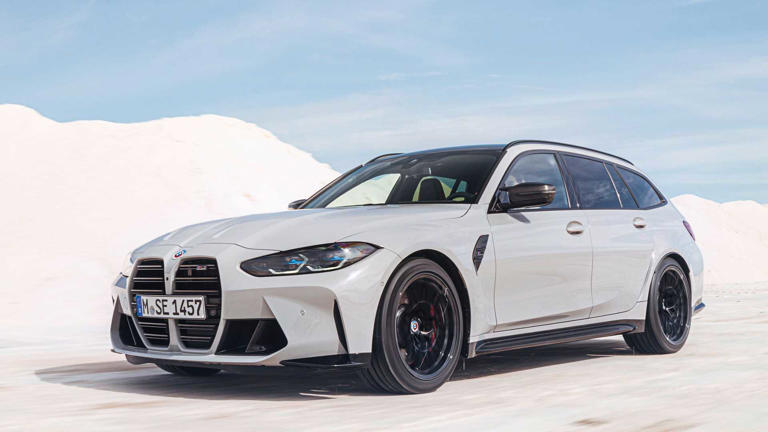 It’s longer and wider than the standard 3 Series Touring, but it’s not coming to America.

It’s been a long time coming, and that’s no joke. From the very first E30 BMW M3 in the 1980s, enthusiasts have wondered what a long-roof version would be like. It’s taken 36 years, but there’s no need to wonder anymore. Say hello to the 2023 BMW M3 Touring. That is, except for Bimmer fans in North America and China. Those folks will need to travel if they want to sample a five-door M3 in action.

We can tell you this much. BMW only offers the M3 Touring in Competition trim, which means 503 horsepower (375 kilowatts) from the familiar turbocharged 3.0-liter straight-six engine. It also means standard-issue xDrive all-wheel-drive grip, routed through BMW’s eight-speed M Steptronic transmission. Punch the throttle and 62 mph (100 km/h) arrives in 3.6 seconds. Keep the accelerator pinned and the wagon will eventually reach 174 mph with the optional M Driver’s Package included. Without it, top speed is relegated to only 155 mph. Either way, your groceries will never be the same. 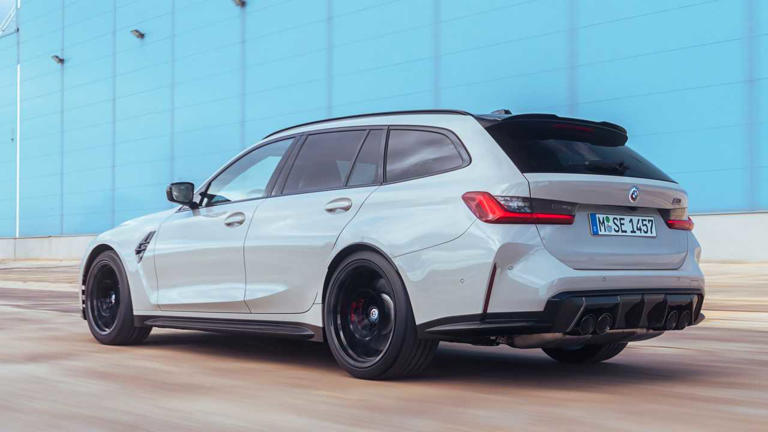 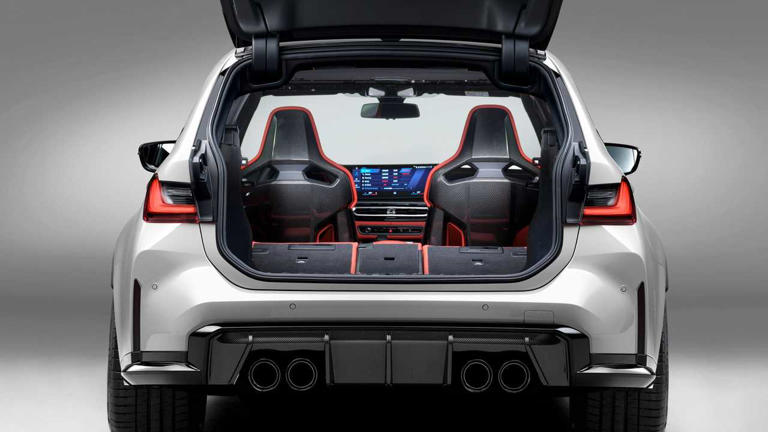 2022 BMW M3 Touring
You might be thinking this is just a 3 Series Touring with the M3’s big nose and bigger engine, but you’d be wrong. To accommodate the M-specific rear axle, the M3 Touring is 3.3 inches longer and 3 inches wider than the standard wagon. Naturally it’s a bit lower as well, and since there’s a big open space behind the seats, additional bracing is installed underneath the car for added stiffness. All total, the Touring is nearly 200 pounds heavier than the M3 sedan. But the tradeoff is 53.3 cubic feet of cargo space with the rear seats folded, accessible through the hatch or by simply opening the rear window. 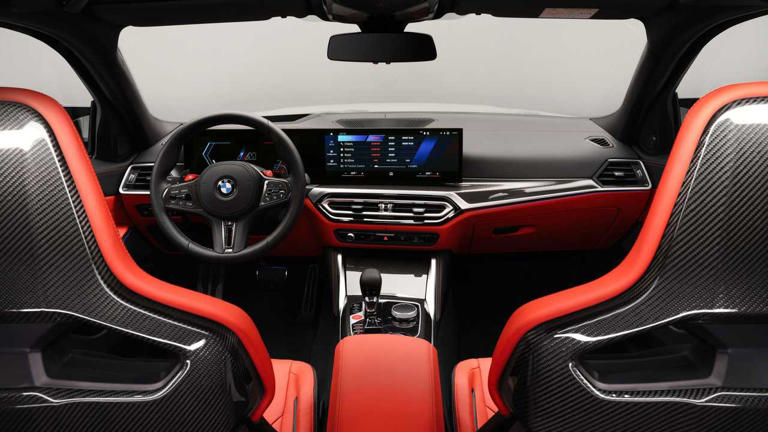 Moving forward, the M3 Touring also stands out for its big curved display. You won’t find this in the M3 sedan – the single screen combines the 12.3-inch driver information center and 14.9-inch infotainment system in one unit, running BMW’s latest Operating System 8. And since this is an M3, the system features M-specific displays for controlling a plethora of functions, not the least of which being numerous drive modes for comfort, track, and yes, you can even go drifting in your wagon. If you’re tired of all-wheel-drive grip, there’s a 2WD mode as well.

Fast For The Family:

The rest of the car is pretty much standard-issue M3. Staggered wheels measure 19 inches in front with 20 inchers at the back. The suspension is tuned for fun while being manageable for daily use, and despite the additional junk in the trunk, BMW says weight distribution is nearly 50:50. There are plenty of optional upgrades and colors to choose from, but regardless of the shade, the roof is always black.

Order books for the 2023 BMW M3 Touring open in September, with deliveries in Germany and the UK starting in December. Other markets in Europe, Asia, and Australia will follow, but it will remain forbidden fruit in the United States. Pricing starts at 97,800 euros.