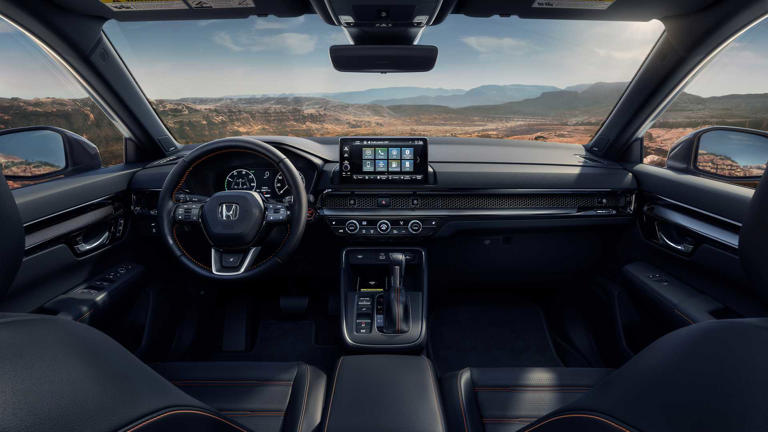 The new CR-V will debut this summer.

Honda is about to launch the all-new CR-V for the 2023 model year, and the company is slowly teasing the refreshed crossover. We’ve gotten glimpses of the exterior, and a new teaser shows off the interior for the first time. It looks quite familiar, and Honda says we will get “more details” on July 12.

The lone photo provides a stellar look at the CR-V’s new cabin, but anyone who has seen the new Civic (right) won’t be surprised. The two interiors look similar, but there are differences between them. The 2023 CR-V (left) features the same general layout, with the infotainment screen sitting above the dash-spanning mesh that cleverly conceals the HVAC vents. 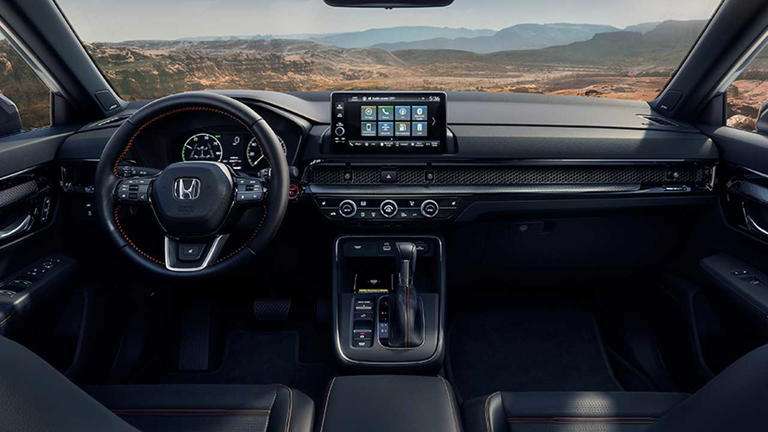 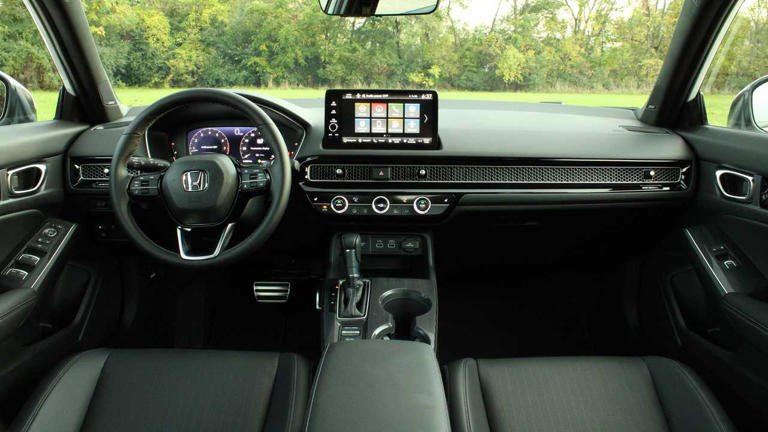 There are differences in the center console. The shift lever has switched orientation, with a bank of buttons positioned next to it. The cup holders located in the Civic’s center console are gone, now likely hiding in front of the armrest and out of view of the CR-V teaser photo. Other differences include a tweaked dash top with larger vents and restyled door panels.

The 2023 CR-V might not have a radically different interior compared to the Civic, but it is a significant step up from the previous-generation CR-V. The new crossover will also receive a major exterior design change that looks to tone down the model’s frumpier styling with something a bit more mature and refined-looking. The model the US receives could look different with a unique grille and other tweaks compared to the CR-V available to the rest of the world.

Powertrain details remain under wraps, but we know that the company plans to launch a hybrid version alongside the gas-powered one. The Civic powertrain lineup will likely be the one that powers the new CR-V, but we expect some tweaks. Last month, Honda launched the Civic e:HEV hybrid that delivers 181 horsepower (135 kilowatts).

Honda will launch the new 2023 CR-V this summer, which officially started this week, but the company has not announced an official debut date. However, the company did say that we will get more details on July 12, which could be another teaser or something more. Honda has staggered the rollout of new vehicles, showing off the design before diving into the technical stuff later.

We expect to see Honda launch both the hybrid and the gas-powered models at the same time. The current-generation CR-V first went on sale in the US for the 2017 model year.