2024 Porsche Cayenne Coupe All But Revealed In New Spy Photos 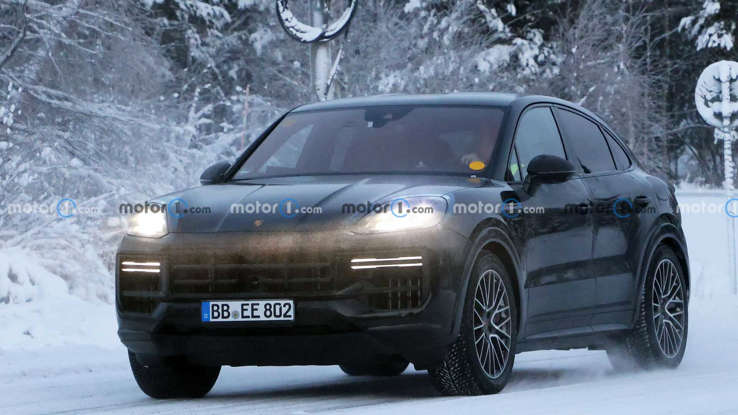 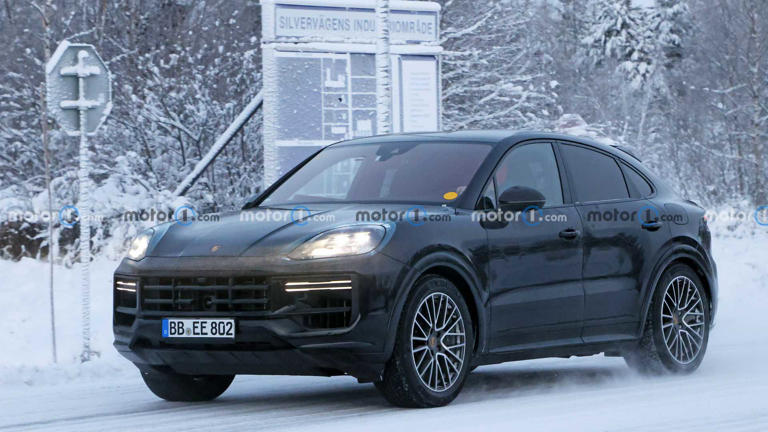 This test vehicle could be a Cayenne Turbo S E-Hybrid Coupe with the optional Lightweight Sport Package.

The current-generation Porsche Cayenne Coupe is due for a facelift, and frankly, we expected to see it revealed by now. Prototypes in various states of camouflage have been spotted on a semi-regular basis for the better part of a year, and now we’re seeing a Cayenne Coupe virtually camouflage-free. Even the Porsche crests are in full view.

That’s not to say the updated model is totally exposed. Through the lens of our spy camera, we see slim stickers outlining redesigned headlights. At the back, some black tape and mesh wrap cover details on the taillights. And as far as we can tell, that’s it. Of course, testing in the frozen arctic offers some natural camouflage in the way of snow layered on body panels. In any case, we know the refresh will be minor, focusing on larger, squared-off vents in the fascia with the aforementioned lighting upgrades.

Our spy sources believe this is a hybrid model. Based on the center-exit exhaust at the rear, this could be a Turbo S E-Hybrid Coupe. The upgraded exhaust and rear fascia are optional on that trim level, though Porsche could open it up to other trims with this refresh. We haven’t heard anything significant regarding powertrain changes, though revisions could see slight increases in power and efficiency, especially on hybrid models. Considering the current Turbo S E-Hybrid already has 670 horsepower (500 kilowatts) to work with, adding more would ensure it remains one of the fastest SUVs available today.

This refresh won’t simply be a nip and tuck on the outside. Last summer we caught a Cayenne Coupe up close, revealing its revised interior. The center console and infotainment screen will see changes, and the large shift stalk used in present-day Cayennes will give way to something much smaller, not unlike the control used in the 911.

Considering how long we’ve seen test vehicles in public and how little camouflage is left on this particular Porsche, a reveal has to be just around the corner. The worst-case scenario could be early summer, but a debut could drop anytime on what is likely the 2024 Cayenne Coupe

Next Skoda Superb, Kodiaq Confirmed For 2023 In Sales Result Doc For 2022