Porsche Looks Back At The Odd Cayenne Convertible One-Off 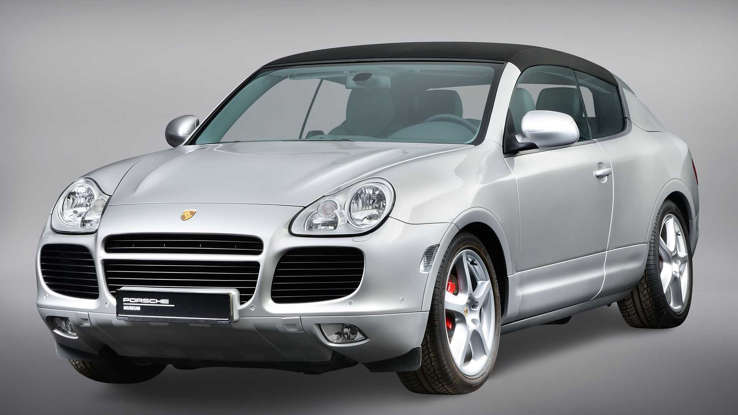 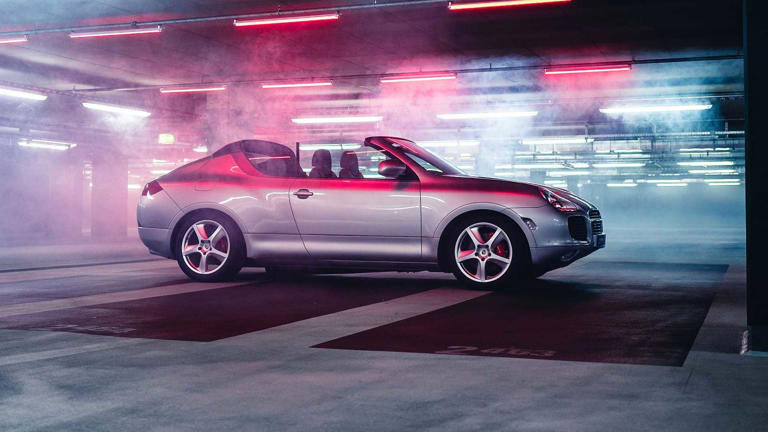 The droptop SUV only reached the design prototype stage.

Porsche is celebrating the Cayenne’s 20th birthday throughout 2022, and the latest look back shines the spotlight on the one-off convertible version of the crossover. It would have hit the market at around the same time as the similarly weird Nissan Murano CrossCabriolet.

According to Porsche, the company started thinking about making different body styles of the Cayenne shortly after the model’s 2002 launch. The three versions under consideration were a coupe, a larger vehicle with three rows of seats, and the convertible. 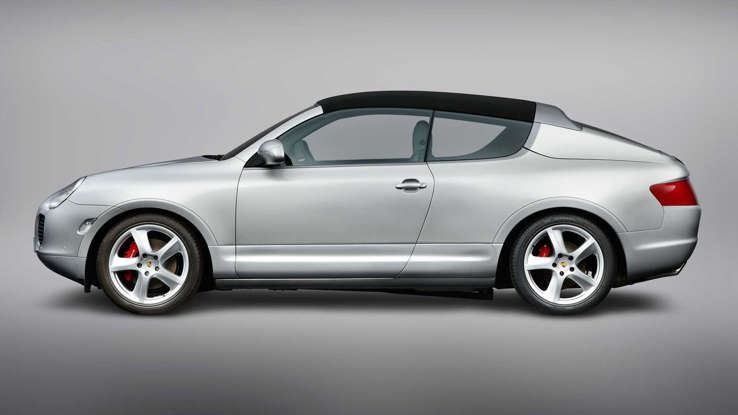 Porsche moved forward with the Cayenne convertible project and built the Package Function Model in these pictures. The company wasn’t sure about the look of the rear end, so the designers mocked it up with different styling on each side. The prototype is not drivable and lacks the body-stiffening upgrades that would be necessary for a droptop.

The design features a soft-top running from the A-pillars to a raised section of the roof at the rear. The side windows taper downward to give the vehicle a sleeker appearance. The two doors are 7.87 inches (20 centimeters) longer than a regular Cayenne. At the back, there are proposals for a boxy or smooth tail.

This prototype has a soft top that is manually removable. However, Porsche was working on the mechanism for a power-folding roof. The company created a computer simulation of how the rear panel could open and have room for the top. The automaker says the solution was similar to what it uses for the Porsche 911 Targa since the 991 generation.

The History Of The Cayenne:

Two factors kept the Cayenne convertible from entering production. First, Porsche financial forecasts suggested the model wasn’t going to be very profitable. Plus, the company wasn’t sure whether the design was appealing enough for the market.

“An SUV as a convertible is a challenge both aesthetically and formally,” said Porsche design boss Michael Mauer, who didn’t work on the Cayenne convertible project. “An SUV always has a large and heavy body. You combine this with a small top half and then cut off the roof – you get very strange shapes emerging from that.”

Porsche is currently preparing to refresh the Cayenne and Cayenne Coupe. The updates might debut later this year. Don’t expect to see a convertible ever to join the range, though.