The Manchester United striker struggled on Tuesday evening, September 27, as he missed some key chances in Portugal’s 1-0 defeat against Spain that saw his side miss out on the semi-finals of the Nations League.

Fans hit out at Ronaldo’s display on social media, with some calling for him to retire while others questioned whether he should make the squad slit for the 2022 World club, but Aveiro has leapt to the defence of her brother.

Taking to Instagram, Aveiro admitted that Ronaldo is going through a tough period in his career, but slammed supporters for not helping him when he is struggling.

‘He has his family and those who love him by his side. They will always be by his side, no matter what,” Aveiro wrote about her brother on Instagram.

‘But the current times don’t surprise me at all. The Portuguese spit on the plate they eat [from], it has always been that way.

‘That’s why when someone appears from the ashes and changes mentalities, it bothers… With you always, my king. Calm down.’

“It is necessary to give a hand to those who have always given theirs to Portugal.

“But the Portuguese are sick, petty, soulless, stupid, ungrateful and forever ungrateful. This guy who’s sitting, he’s on his knees… There’s no one to give him a hand.”

Katia added: “It is cruel. And it was already so much, but so much that he gave and gives. The one sitting is called Cristiano Ronaldo and he is just the best player in the world.” 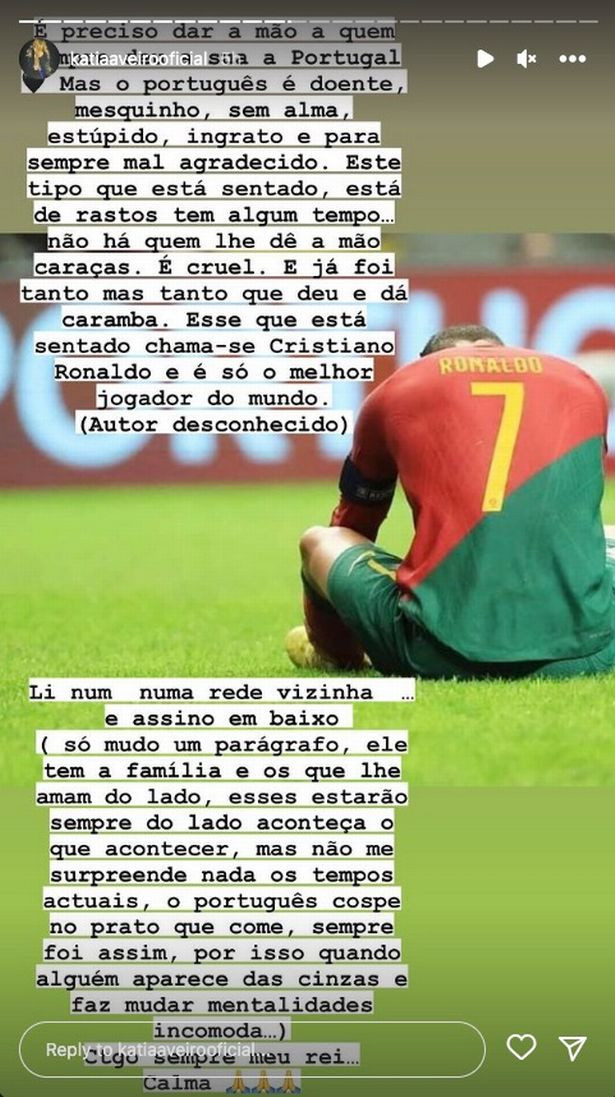 Italian football legend, Antonio Cassano tells Cristiano Ronaldo to ‘do himself a favour’ and ‘stop’ playing 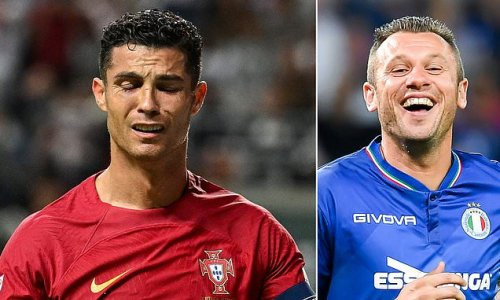 Former Italy forward, Antonio Cassano has called for Cristiano Ronaldo to retire or risk becoming a regular substitute following his recent struggles for his club and country.

Ronaldo has started just one league match this term under Erik ten Hag at Manchester United. He also struggled on Tuesday evening, September 27, as he missed some key chances in Portugal’s 1-0 defeat against Spain that saw his side miss out on the semi-finals of the Nations League.

His place in the national team is now being questioned, though, with many calling that he should retire.

Cassano feels Ronaldo is no longer reaching his usual high standards and should call time on his career.

”At this point, Cristiano should do himself a favour and understand that if you don’t reach a certain level, you should close the shop,’ Cassano told Cabine Desportiva.

‘He won everything, he was a phenomenon. Stop! You have to stop or you’ll only run into the bench.’

Ronaldo holds the world record for the number of goals in international men’s football, having scored 117 times for his country.