Both actors are suspected to have been kidnapped after they failed to return from a movie set in Ozalla Town in Enugu state.

The Actors Guild of Nigeria confirmed this development in a statement released this afternoon. According to the statement, the families of both actors confirmed they were missing after they failed to return home from the movie location. 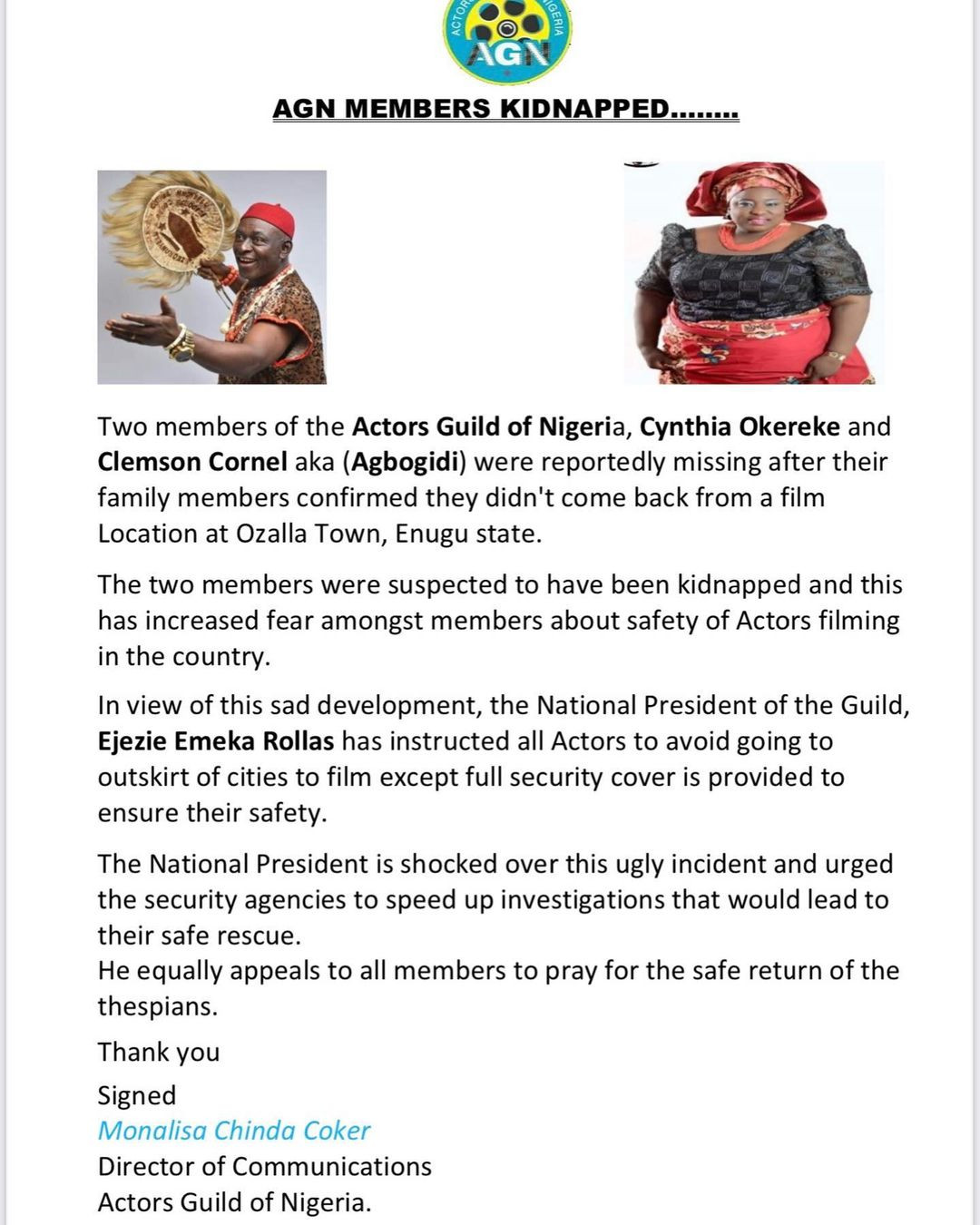 Truck crushes two soldiers and woman to death in Lagos

Suspected Yahoo boy allegedly murders girlfriend in Bayelsa, buries her in his room.