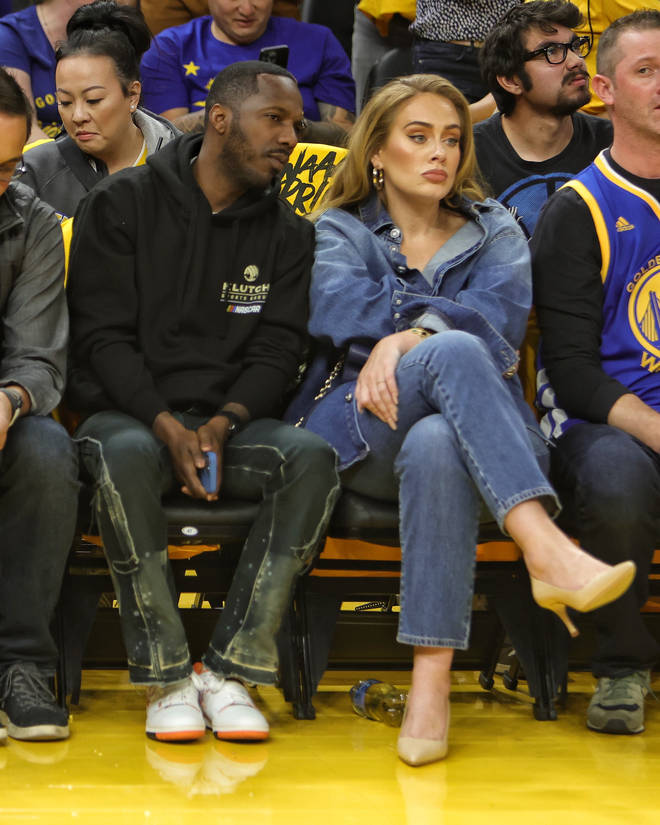 Adele is preparing to return to the stage for her Vegas residency, dates she rescheduled after cancelling the show at Caesar’s Palace earlier this year.

The ‘Someone Like You’ hitmaker has had a busy past year after releasing ’30’ in November and has begun to open up about her relationship with NBA agent Rich Paul, who she’s been with for over a year and friends with for quite some time.

In a new interview with Elle, Adele was asked whether she’s engaged after being spotted wearing a massive diamond ring in February. At the time she didn’t deny the engagement speculation and only continue to fuel rumours she and Rich are set to wed.

However, in her latest sit-down she quashed the rumours she’s engaged once and for all, but shared her plans to tie the knot and have more children once her schedule is a little more free.

After the interviewer asked again, Adele added: “I’m not married. I’m not married!” Before singing, “I’m just in loooove! I’m happy as I’ll ever be. I might as well be married.”

And in another conversation soon after she finally confirmed her relationship status: “I’m not engaged. I just love high-end jewellery, boy!”

Adele continued: “I definitely want more kids. I’m a homemaker and I’m a matriarch, and a stable life helps me with my music.

Before their one year anniversary this year, Adele and Rich bought a house together, which they’re renovating with his three children and her son Angelo in mind.