The Taliban appear to have shut down the women’s affairs ministry and replaced it with the ‘Morality police’ a department that once enforced strict religious doctrines in the country before the US invasion in 2001.

Footage on social media posted on Friday, September 17, shows the sign at the ministry was removed, and a sign for the ministry of ‘virtue and vice’ also known as ‘morality’ put in its place. 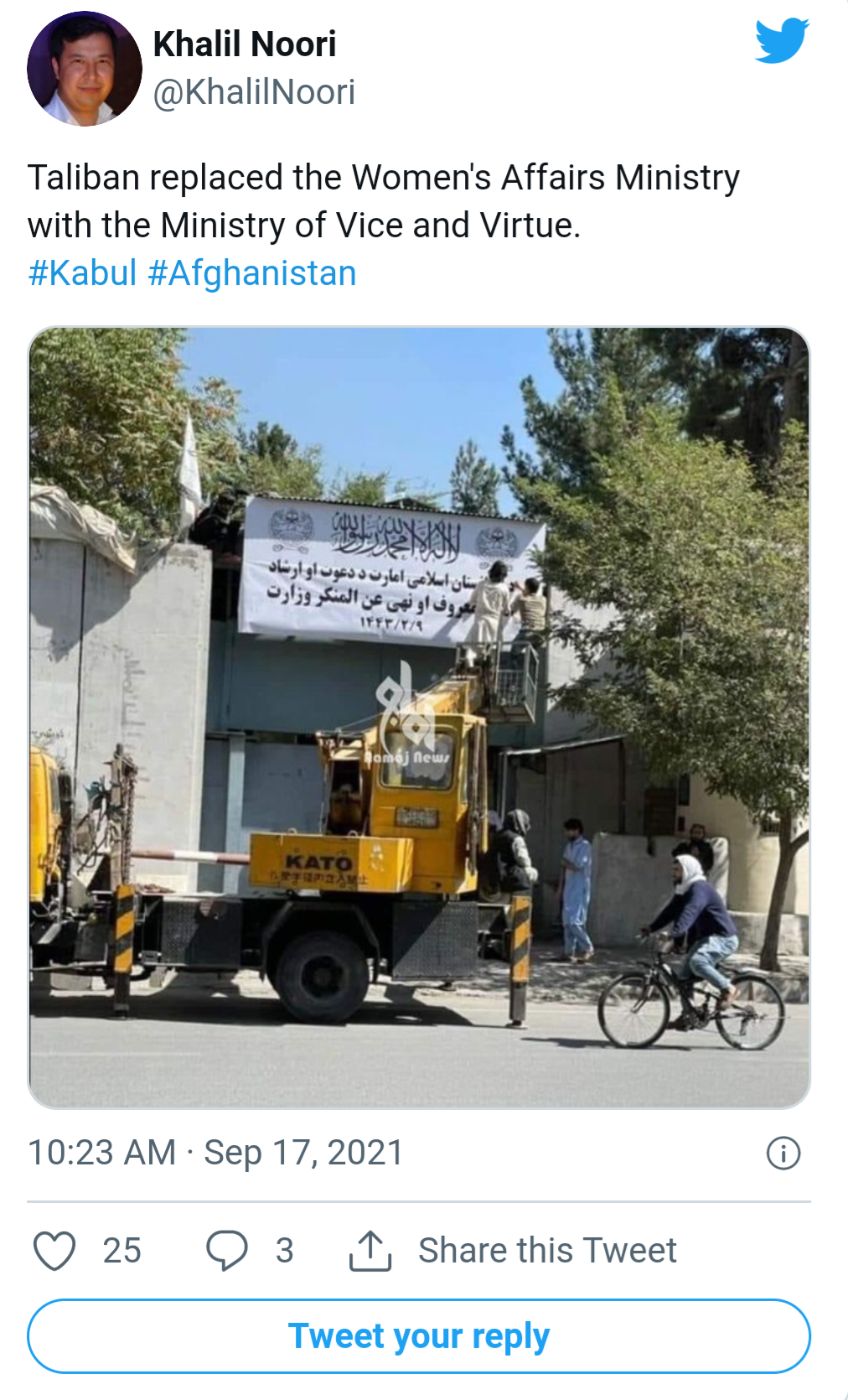 Footage also shows women employees outside the offices, urging the Taliban to let them return to work. 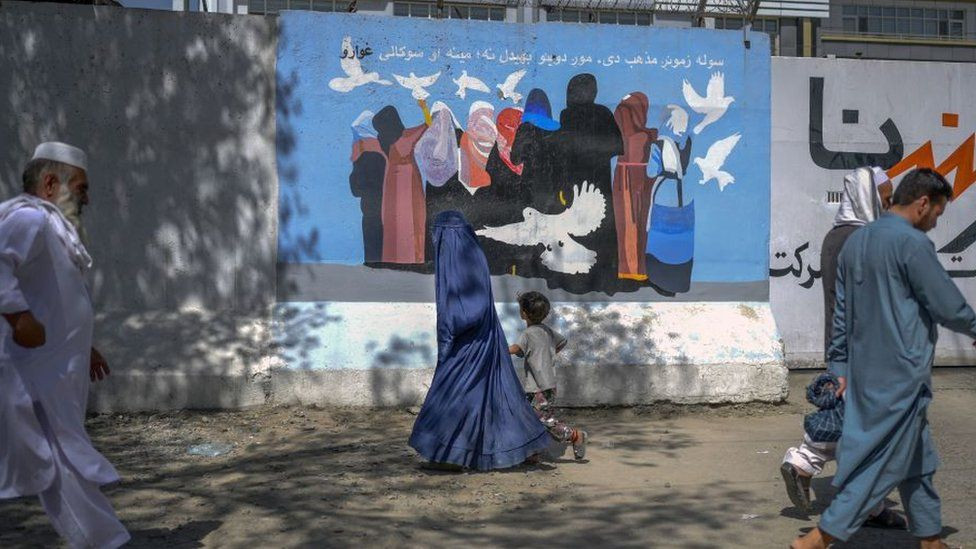 In the last 20 years Afghan women have  gained a number of basic rights, but that progress is being halted by the Taliban’s new all-male interim government.

Human rights groups have criticised the virtue and vice ministry for silencing dissent, violently enforcing restrictions on citizens especially women and girls but the Taliban say the institution is important.

“The main purpose is to serve Islam. Therefore, it is compulsory to have [a] Ministry of Vice and Virtue,” a Taliban member, Mohammad Yousuf, told the New York Post.