Iloka, who is popularly known as Mba Mba, was suspended following widespread allegations that he battered his wife, Chidiebere, her leading to her death.

Late Chidiebere, who had not exhibited any sign of illness, was said to have died suddenly on Sunday, August 7, 2022, in Nnewi.

Mbazulike claimed that she slumped and died. 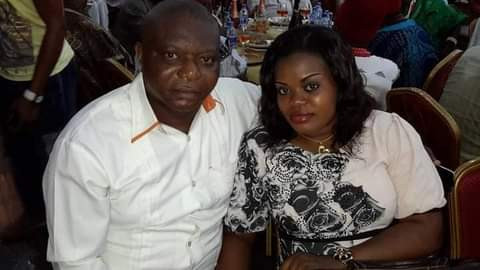 However, according to reports, close friends of the deceased said she had been going through domestic violence before her sudden death.

Videos taken immediately after her demise show she suffered some form of abuse as fresh wounds and bruises were found on her body. 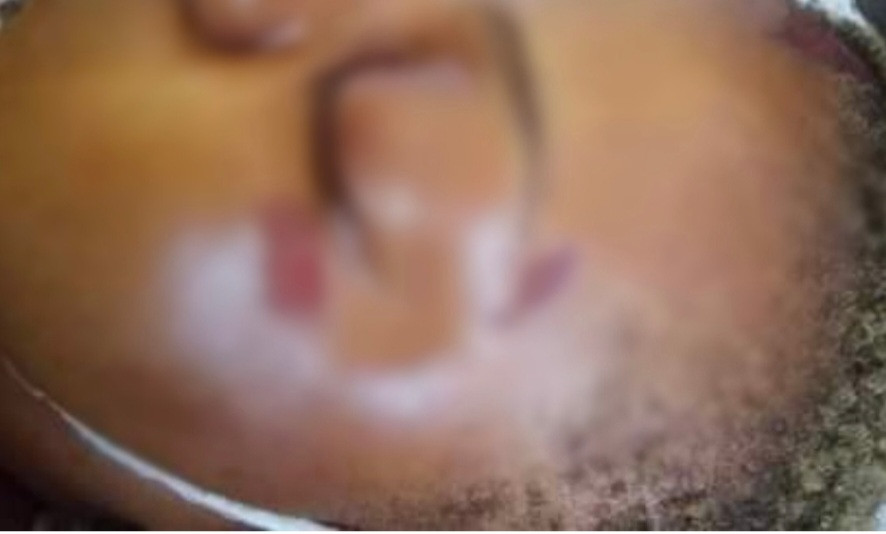 The video led to public outcry, with many demanding investigation into the circumstances that led to her death.

In a suspension letter dated August 11, 2022, the State Commissioner for Local Government, Chieftaincy and Community Affairs, Hon. Tonycollins Nwabunwanne, directed Iloka to step aside for proper investigation to be carried out to ascertain what led to the death of his wife.

“Following the sad news of the death of your wife, late Mrs Chidiebere Iloka on 7th August 2022, there have been a massive outcry over the circumstances leading to her death, including alleged possible homicide,” the letter read.

“While you are presumed innocent until the completion of investigations, it has become imperative that you step aside to allow unfettered investigation and justice

“Consequently, you are directed to step aside and to hand over the affairs of the local government to the head of local government administration, not later that 12th August 2022, until further notice.” 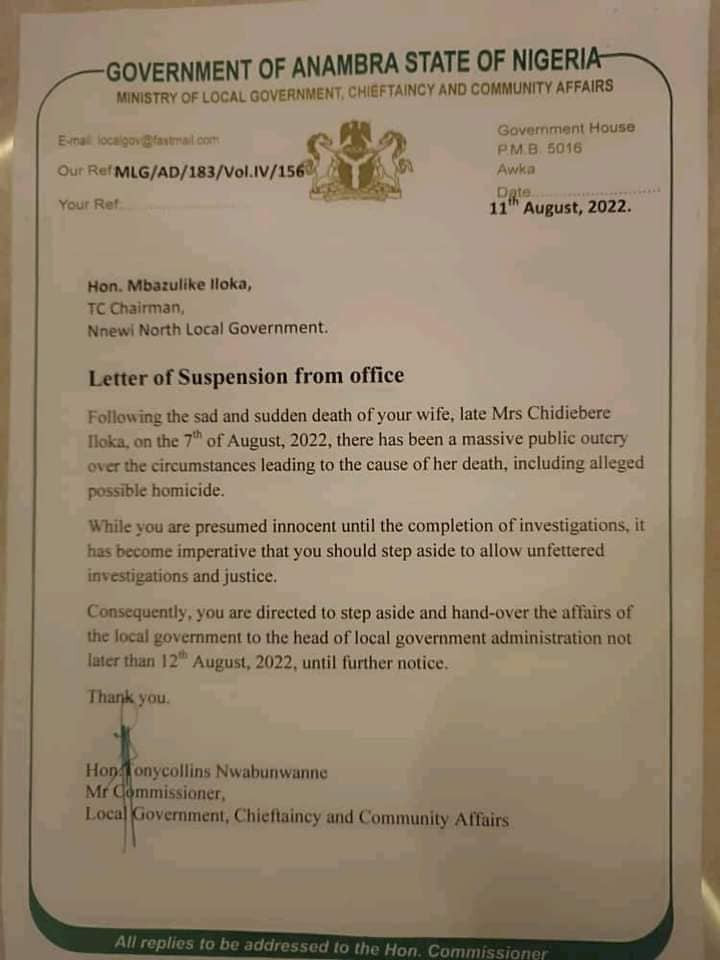 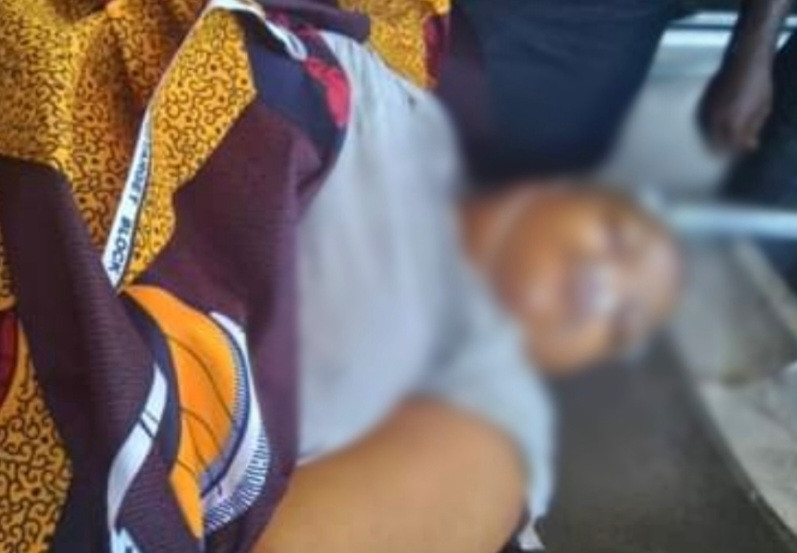 Watch the video below….