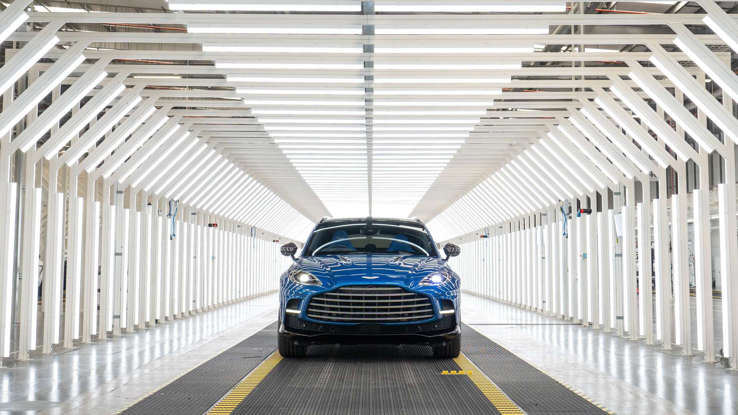 The super-SUV will be shipped to 50 countries around the world.

The most powerful member of the Aston Martin DBX family is now in production. The DBX707 hits the assembly lines at the brand’s St Athan factory in Wales, where all variants of the super-SUV are built. The first customer example of the new performance DBX is now ready to be delivered to its new owner.

The DBX707 made its official debut in February this year when it made headlines with its blistering 0-60 miles per hour (0-96 kilometers per hour) acceleration in just 3.1 seconds. Its name comes from the metric horsepower figure, which translates to 697 horsepower coming from a modified version of Mercedes-AMG’s 4.0-liter twin-turbo V8 found under the hood.

The DBX707 is hand-built and Aston Martin hired more than 100 new skilled automotive technicians to work on the performance SUV. When the regular DBX hit the assembly lines in St Athan, it became the first Welsh-made production car for almost 50 years. The latest addition to the SUV’s lineup will be shipped to more than 50 countries around the world.

“Aston Martin is immensely proud to be manufacturing industry-leading products like DBX707 from a world-class facility in Wales, and we are delighted to see the very first model completed,” Michael Straughan, Aston Martin’s COO, said.

The British automaker proudly says the initial reaction from customers and media has been “tremendous.” This is impressive considering the starting price of the DBX707 in the United States is $232,000 and that doesn’t include destination fees. The first customer examples are expected to be delivered very soon.

The DBX707 is much more than just an upgraded engine, though. There’s also a new nine-speed wet-clutch gearbox a modified rear e-diff with a shorter 3:27 final drive for better acceleration. The all-wheel drive is still the same automatic system as seen in the regular DBX, though different tweaks provide better traction in cornering. Last but not least, carbon-ceramic disc brakes measuring 16.5 inches in front and 15.4 inches at the back clamped by six-piston calipers provide the stopping power. 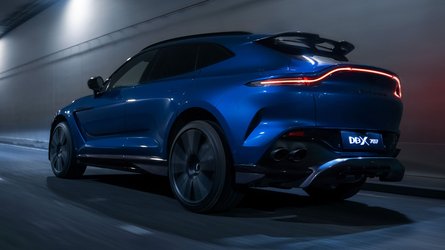 Mike Tyson Will Not Be Charged in Plane Altercation

Audi A4 Allroad Quattro Gets Visual Upgrades In Europe