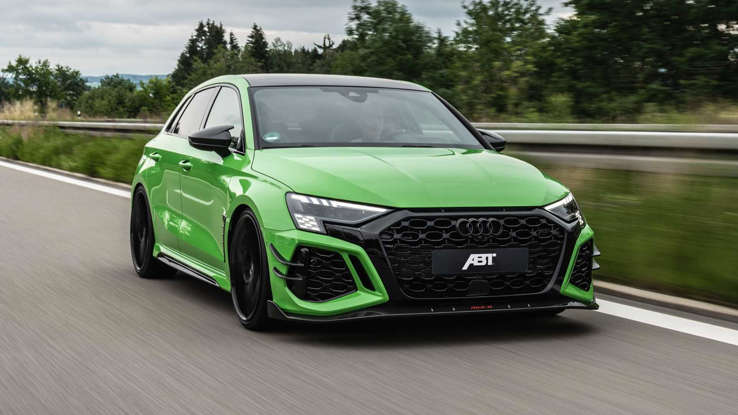 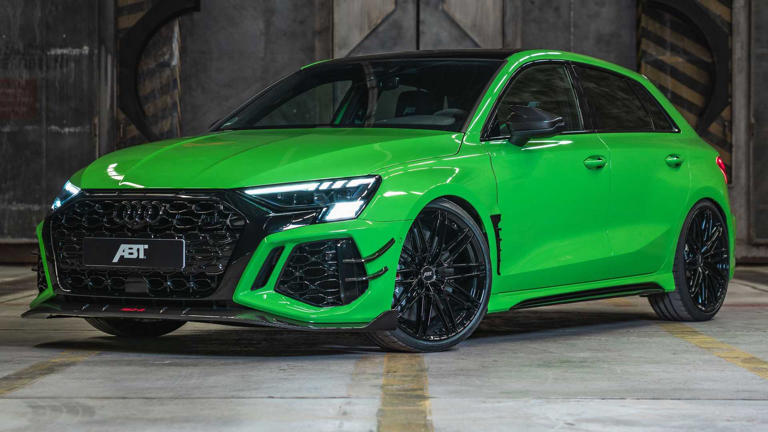 It also gains an aero package and suspension upgrades.

For folks in North America, the Audi RS3 Sportback is forbidden fruit. We at least have the RS3 sedan to play with, but across the pond, long roof fans have an even hotter RS3 to enjoy courtesy of German-based ABT Sportsline. Say hello to the ABT RS3-R.

What does one get in this package, aside from an extra R in the name? ABT dials up the RS3’s turbocharged 2.5-liter five-cylinder to a stout 500 horsepower (368 kilowatts). The increase comes courtesy of a new intercooler and an ABT engine control unit, not to mention an upgraded exhaust system that enhances the five-pot’s distinctive howl. ABT says torque also increases to 443 pound-feet (600 Newton-meters), and it all culminates with a 0-62 mph (0-100 km/h) time of 3.3 seconds. The tuner can also bump the RS3 speed limiter from 155 mph to 186 mph.

Power adders aren’t the only upgrades for the RS3-R. ABT adds its own flavor of springs and stabilizer bars to the suspension in standard trim, while offering a fully adjustable set up as an option. Thusly equipped, the RS3-R’s ride height drops by up to 1.5 inches front and rear. Brakes remain standard-issue Audi, but the 20-inch wheels are pure ABT and wrapped with Goodyear Eagle F1 SuperSport R tires.

Going Aftermarket With ABT:

Visually speaking, the RS3-R wears an aero package that plugs in all kinds of carbon fiber components. You’ll find it on the front lip spoiler and corner winglets, the side mirror caps, and at the rear of the car for the skirt insert and roof spoiler. All things considered, it’s a modest visual upgrade though the bare carbon fiber certainly stands out when paired with a blinding shade of green. Special ABT logos and branding inside and out complete the package.

There isn’t a cost mentioned for the ABT RS3-R, but only 200 are planned for production.