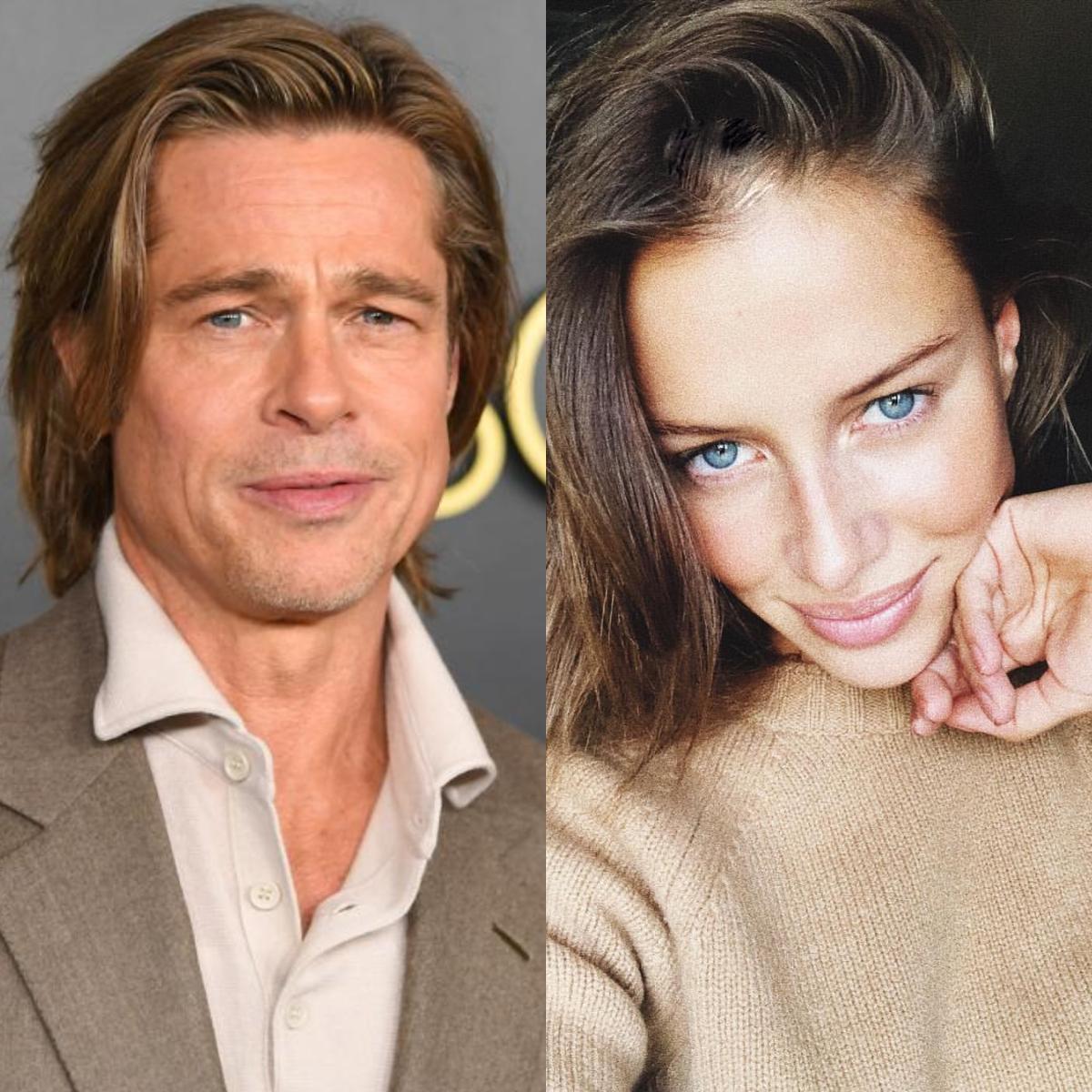 In August 2020, Pitt and Poturalski were spotted arriving at Le Bourget airport outside of Paris, reports US Weekly. Entertainment Tonight writes that the 27-year-old model arrived earlier at Paris’s Charles de Gaulle Airport from Berlin, while the Oscar winner touched down in the City of Love following a flight from LAX.

‘They were seen driving in a chauffeured vehicle that took them to the airport for their next flight,’ an eyewitness reportedly told ET.

This is one of the few times Pitt has been romantically linked to another person following his high-profile split from his ex-wife and mother of his six children.

While much talk was made following his now-famous encounter with his ex-wife Jennifer Aniston at this year’s SAG Awards, prompting hopes of a reconciliation between the pair, they appear to be just friends.

As a result, it’s unsurprising Pitt’s fans now have a lot of questions about Poturalski.

What is Nicole Poturalski’s job?

Poturalski goes by the Nico Mary in her day-to-day modelling work and is represented by model agencies across the world including A Management, Official Models New York and NEXT Models.

According to her model statistics, she is 5ft 10 and ELLE Germany’s September 2020 cover star.

Where is Nicole Poturalski from?

Splitting her life between Los Angeles and Berlin, the Daily Mail reports the 27-year-old is German, of Polish heritage and speaks five languages.

She is a keen traveller, too, having shared numerous photos of her trips to A-list holiday spots including the Amalfi Coast, Italy and Ibiza, Spain in recent months.

After being spotted in France with Brad Pitt in August, it’s now being reported that Poturalski has been married to a well-known German restaurateur Roland Mary for eight years.

Page Six reports the 68-year-old is the father to the model’s seven-year-old son Emil.

It’s rumoured that Mary and Poturalski are in an ‘open-relationship’ but this is yet to be confirmed.

During the couple’s recent trip to the south of France, it’s believed Pitt took his new love interested to the castle where he and his ex wife Angelina Jolie married in 2014. The visit reportedly took place on what would have been the former couple’s wedding anniversary, August 24.

The Mr And Mrs Smith stars bought the French winery and castle, Miraval, in 2011. The property became a topic of debate when splitting their finances during their recent divorce. The Blast previously reported the couple planned to pass down the 500-acre Château down to their six children.

Does Nicole Poturalski have children?

While she rarely speaks publicly about her son, in February she shared a photograph of herself and Emil wearing matching denim during a walk in LA. The post has since been deleted.

Speaking about motherhood in May, the model noted on Instagram: ‘Little love letter to all moms, that try so hard, give so much love, time and heart. Dont sleep, worry too much and love even more. You are great.’

Pitt fans will know that the actor has a rather larger brood which includes Maddox, 19; Pax, 16; Zahara, 15; Shiloh, 14; and 12-year-old twins Knox and Vivienne.

Not one to keep quiet about political issues, in May the model wore a top with the words ‘’Protect Kids, Not Guns’ emblazoned across the front in an Instagram post and tagged the organisation CHNGE.

She’s also spoken out against child sex trafficking and previously shared a speech Blake Lively delivered at a 2017 Variety event about child pornography on social media.

How long have Nicole Poturalski and Brad Pitt been dating for?

It’s unknown how long the rumoured couple have been together for but Poturalski has regularly posted about her ‘love’ and ‘better half’ on Instagram in recent months. However, the model hasn’t specified to whom she’s referring in these posts.

In March, she captioned a photo of herself holding a drink: ‘Saturdays these days for me is self reflection, reading books spending time with my better half.’

Another post, which has since been removed, from February reads: ‘Missing my strolls with my Love.’

What has Brad Pitt said about his relationships?

Earlier this year, Pitt made it clear to his fans that he was single, jokingly stating in his Golden Globes acceptance speech: ‘I wanted to bring my mom, but I couldn’t because anyone I stand next to, they say I’m dating. And that would be just awkward.’

He also joked about being on Tinder during is SAG Awards speech, noting: ‘I’m gonna add this to my Tinder profile.’

The star later told Extra TV that he wasn’t on the dating app. ‘I’m not even really sure how it all works. I just thought it was funny to say,’ he noted.

Lagos insist on ban on nightclubs, bars, cinemas despite relaxation of curfew