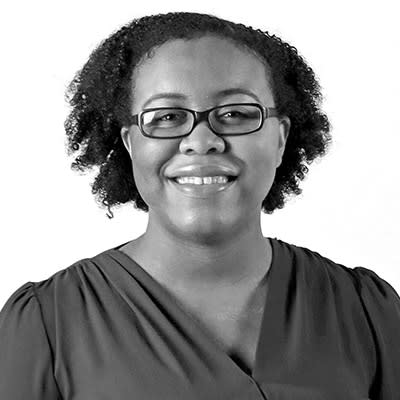 The family of Breonna Taylor, a 26-year-old Black woman who was shot and killed by police in her Louisville, Ky., apartment earlier this year, igniting a national uproar around police brutality and racism, has settled a wrongful death lawsuit against the city for $12 million that includes an agreement to implement a number of police reforms, Mayor Greg Fischer announced Tuesday.

The lawsuit — filed in April by Taylor’s mother, Tamika Palmer — alleged battery, negligence and excessive force in the March 13 shooting death of Taylor, who was killed in the middle of the night by police officers executing a warrant.

The settlement, according to Fischer, is an agreement between both parties but does not mean the city is admitting wrongdoing.

“I cannot begin to imagine Ms. Palmer’s pain,” Fischer said, “and I’m deeply, deeply sorry for Breonna’s death. While we await a decision from [state] Attorney General Daniel Cameron on whether or not charges will be filed in this case, my administration is not waiting to move ahead with needed reforms, to prevent a tragedy like this from ever happening again.”

Lawyers for Taylor’s family applauded the settlement, with civil rights attorney Benjamin Crump saying he believes it’s the largest amount ever paid out for a Black woman in a police-involved wrongful death case. But attorneys also said more must be done to achieve justice for Taylor, specifically criminal charges for at least the three officers who were involved in the shooting. Crump said second-degree manslaughter charges, at minimum, should be filed.

“We want full justice,” he said. “Not partial justice.”

Palmer said the settlement is “only the beginning” of getting justice for her daughter.

“It’s time to move forward with the criminal charges, because she deserves that and much more. Her beautiful spirit and personality is working through all of us on the ground. So please continue to say her name. Breonna Taylor.”

The lawsuit said police had a “knock and announce” search warrant to enter Taylor’s apartment, where the officers were searching for a person who actually lived in a different part of Louisville. Taylor and her boyfriend, Kenneth Walker, were sleeping at the time.

Our goal is to create a safe and engaging place for users to connect over interests and passions. In order to improve our community experience, we are temporarily suspending article commenting.

Breonna Taylor’s mother spoke at the press conference where it was formally announced that the city of Louisville, Kentucky would pay her estate $12 million as part of a wrongful death suit. Tamika Palmer asked supporters to continue saying her daughter’s name.

“Her beautiful spirit and personality is working through all of us on the ground, so please continue to say her name: Breonna Taylor,” Palmer said on Tuesday.

Palmer also wanted the officers involved in the shooting death to be arrested. Officer Brett Hankison shot “blindly,” 10 times during the incident and was fired in June. Officer Myles Cosgrove and Sgt. Jonathan Mattingly are on administrative leave in addition to the officer who applied for the warrant.

“It is time to move forward with the criminal charges because she deserves that and much more,” Palmer said.

Palmer was joined by her family, supporters and lawyers representing the family at Louisville City Hall. Mayor Greg Fischer extended his sympathies to the grieving Palmer.

“I cannot begin to imagine Ms. Palmer’s pain, and I am deeply, deeply sorry for Breonna’s death,” Fischer said.

As the Grio reported, the deal struck between the city of Louisville and Taylor’s estate includes “significant” police reforms, new drug testing rules for LMPD officers, and an incentive for officers to live in specific neighborhoods. There will also be a requirement that search warrants be approved by commanding officers.

Taylor shared in a recent interview how Taylor’s death was also impacting Kenneth Walker, her boyfriend at the time. The two had plans to marry.

Walker was with Taylor when officers charged her apartment on March 13. He suspected a break in and fired his gun for which he had a permit.

The officers shot back, striking Taylor eight times. She died almost instantly and Walker was charged with attempted murder and assault. The charges were dropped and he has now filed a civil suit against Louisville police and the city.