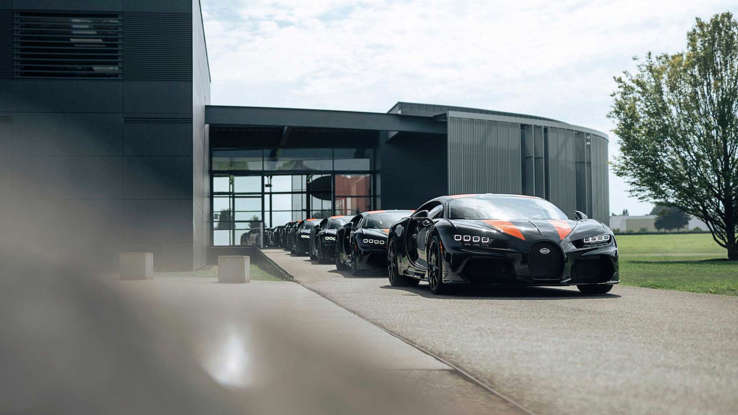 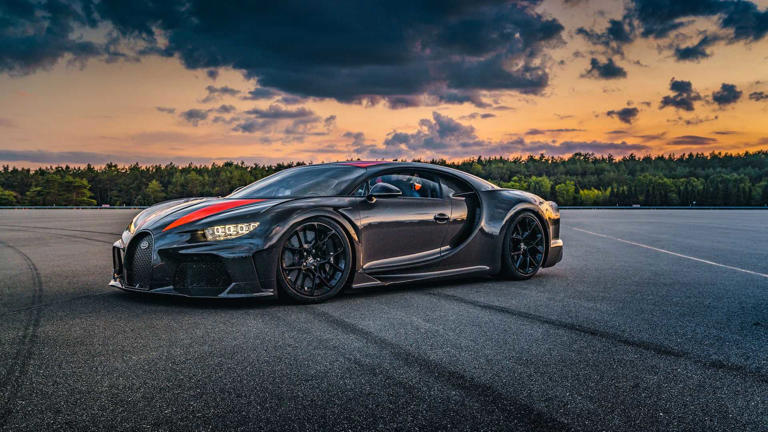 Bugatti made just 30 examples of the high-speed model

The 30-unit production run of the Bugatti Chiron Super Sport 300+ is complete, and the hypercar’s new owner now has the keys to the high-speed machine. It’s the latest step for the brand to finish the Chiron’s overall build out of 500 examples.

The Super Sport 300+ pays tribute to the Chiron’s 304.773-mile-per-hour (490.484 kilometer-per-hour) run around the Ehra-Lessien test track. It features a longtail body for improved aerodynamics. The quad-turbo 8.0-liter W16 engine makes a hearty 1,578 horsepower (1,161 kilowatts). The production-spec examples have a limited top speed of 273 mph (440 kph). Although there were rumors of Bugatti adding a roll cage and removing the limiter as an option. Each one of them had a starting price of €3.5 million.

Bugatti announced the Super Sport 300+ in September 2019. In 2021, the company showed off the initial batch of eight completed cars.

The Chiron is sold out as of January 2022. Bugatti just has to build these cars for the customers. This year, the automaker expects to deliver at least 80 vehicles.

Bugatti is now looking towards the future as part of its merger with Rimac, and the Chiron successor is taking shape. The new model will continue to use a combustion engine but will also be heavily electrified. We don’t yet know whether this is an evolution of the existing W16. The company is promising never-before-seen features, too.

“The easiest thing for us would be to take the Nevera and slam a Bugatti logo on it and call it a day. But I was against it. I’m an electric car guy, but a Bugatti should still have a combustion engine for some time,” company boss Mate Rimac said in a 2022 interview.

The Chiron successor reportedly debuts to the public in 2024. The company’s wealthy potential clients reportedly get to see a preview of the vehicle’s appearance this year to build interest in the new product.