A businessman who bit his friend’s armpit for allegedly interfering with his cooking stones has been charged with assault.

He is accused of assaulting Kevin Kamau Nduati on February 25 at the Thiong’o road area in Westlands subcounty within Nairobi county, Kenya.

According to the police, the accused person found Nduati relaxing on his cooking stones, the stones he uses to earn a living, so he attacked him.

The police report says that the accused person used kicks, blows and also bit his armpits leaving him to bleed profusely.

Mwaniki directed the case to be mentioned on  March 15 for pre-trial.

Meanwhile, Twitter users had a few questions after the news was reported by The Star Kenya. 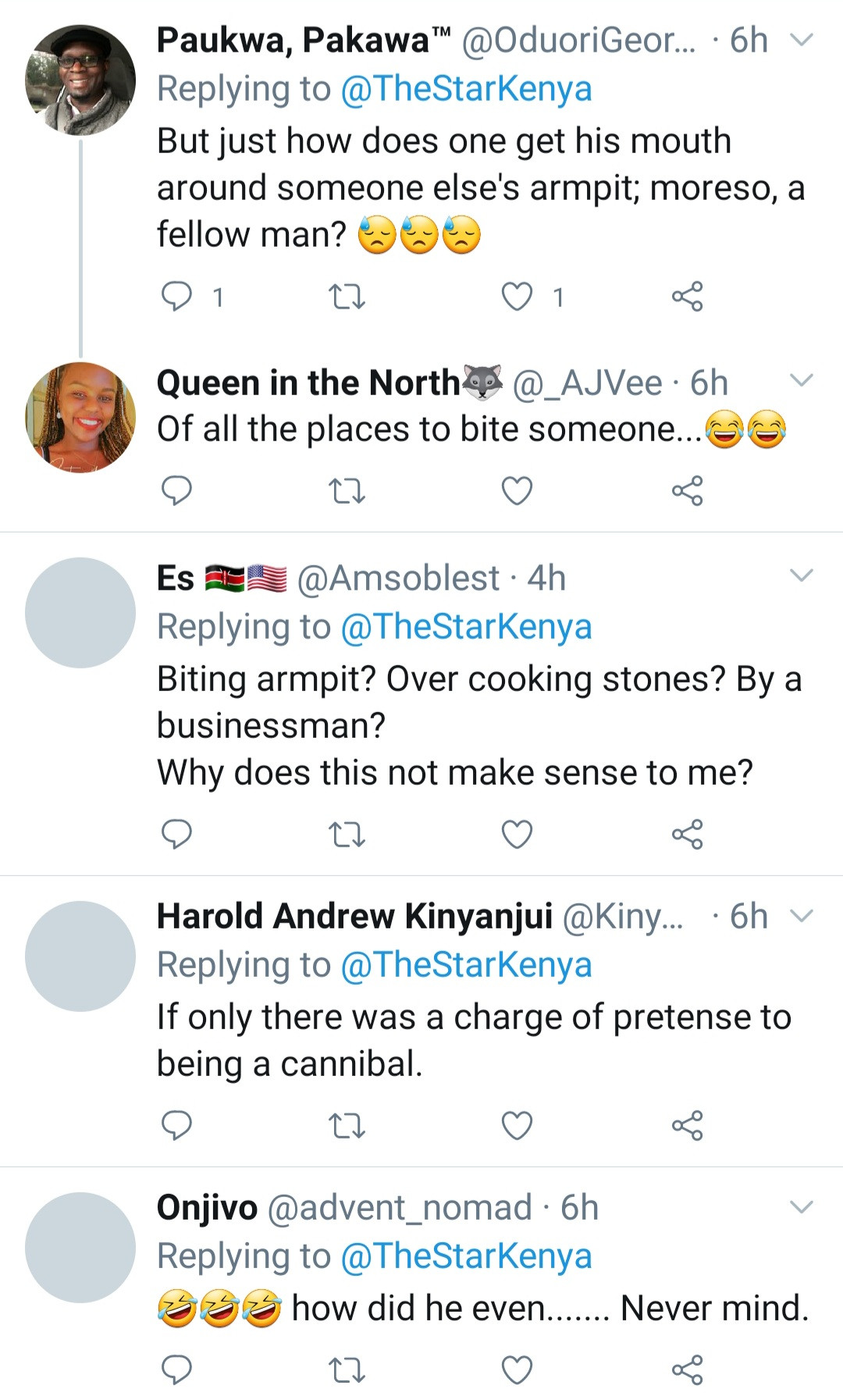