Catelynn Lowell and Tyler Baltierra Meet with Child They Placed for Adoption!

Catelynn Lowell and Tyler Baltierra had quite the day yesterday!

For the first time in two years, they got to have a visit with Carly, the daughter they placed for adoption when they were just 16 years old. And since things have been a little tense between Catelynn and Tyler and Carly’s parents, Brandon and Theresa, it must have been an emotional time.

The issues began a few years ago, when Tyler began breaking some rules Brandon and Theresa put in place for their open adoption. After it became clear that Teen Mom was going to be a huge deal, they asked Cate and Tyler not to put any photos of Carly on social media.

They didn’t want the little girl to be on the show, and if she did appear on the show — like she did for the wedding, for instance — they requested that her face be blurred.

From their point of view, they want Carly to have as normal a childhood as possible, and appearing on a reality show doesn’t exactly fit the bill.

But from Cate and Tyler’s point of view — mostly Tyler’s, honestly — they brought Carly into this world, so if they want to post a photo of her on Instagram, they have that right. For a long time now, Brandon and Theresa have straight up ignored any attempts Catelynn and Tyler made to contact them.

And instead of apologizing for their behavior and trying to make things right so they could maintain a relationship with their birth daughter, they kept on disobeying their wishes. Just a couple of months ago, Catelynn shared a photo of Carly on Instagram for Father’s Day.

But something must have happened since then, because after two years, Catelynn and Tyler were finally reunited with Carly!

They documented a tiny bit of the visit on Twitter — no photos, thank goodness, but Tyler did make a lot of statements and answer a lot questions about Carly, and about adoption in general.

“On the plan to go see Carly for the first time in 2 years,” he tweeted on Friday. “Can’t wait to see her and Novalee together. Warms my heart just thinking about it.” Someone pointed out that Brandon and Theresa had asked them repeatedly to leave their daughter off his social media accounts — a fair point.

But he corrected them with “I can talk about whatever I want. The rule is not to post PICTURES of her on social media. Not that you deserve that explanation.”

He got into a conversation about adoption language and whether or not he was technically Carly’s parent by stating “I’m NOT her parent. I’m just her birth father.”

“Creating a child does NOT make you a parent. Raising that child does.”

“She does have birth parents,” he continued, “but she doesn’t have ‘adoptive parents’ that’s technically a term for birth parents to use. B&T are her parents.”

It’s interesting that he tweeted all this, because a few hours later he tweeted and deleted a pretty controversial comment. Someone tweeted to him that they hoped he respects Brandon and Theresa’s rules and that “you are over your ‘she’s my kid & I’ll do what the hell I like’ attitude.”

He responded with “Oh I respect that rule … but I’ll NEVER be over my attitude. Biologically ‘that kid’ IS mine & I’ll ALWAYS do what I like. I only got 1 life.”

Which is … alarming, to say the least.

He just seems so stubborn about the entire situation, and it’s sad because Carly isn’t his kid. He’s welcome to do what he likes, but it could be at the expense of his relationship with her.

But on a happier note, after their meeting Tyler tweeted “Seeing Carly & Nova playing together, Carly pushing Nova in the stroller & holding her, omg you guys!”

He also wrote that “Carly ran right to me with a huge smile on her face when I was holding Nova, it was pretty precious!” 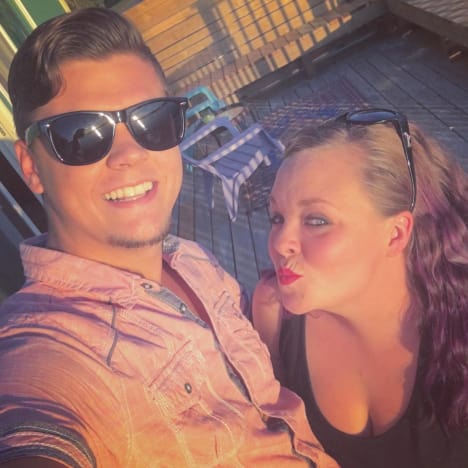 Is Putin planning a second mobilization to call up 500,000 troops?