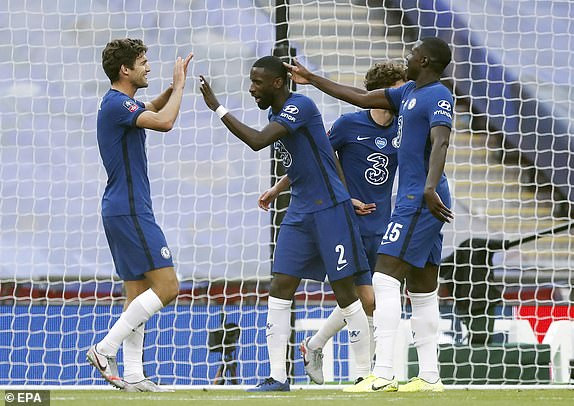 It was a bad day for goalkeeper David de Gea and Manchester United.

Chelsea beat Manchester United 3-1 on Sunday night to book their place in the FA Cup final to play Arsenal . 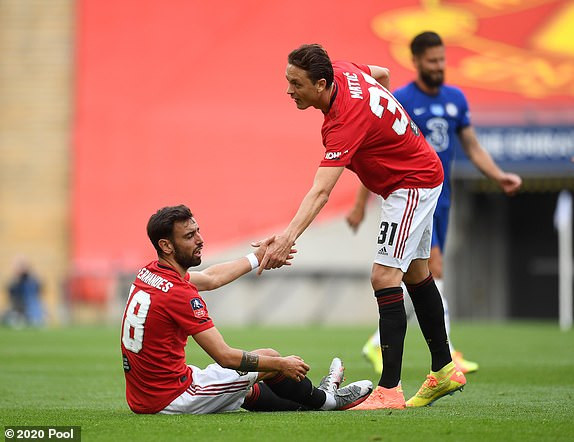 Olivier Giroud opened the scoring just before the half-time whistle as a David de Gea howler from Mason Mount’s effort and a Harry Maguire own goal made it a terrible evening for Ole Gunnar Solskjaer’s side at Wembley. 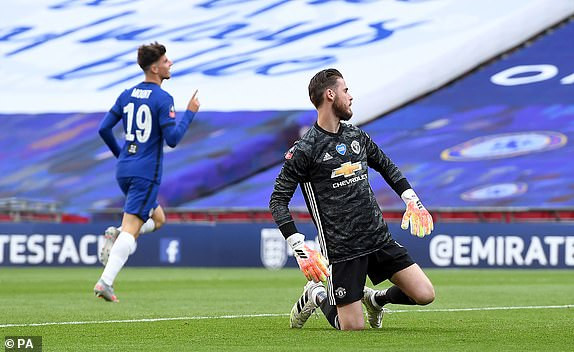 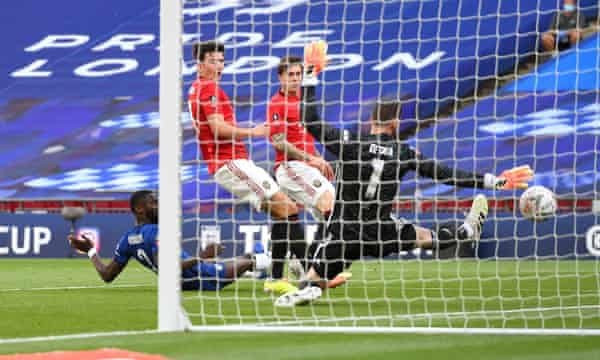 During the final few minutes, Bruno Fernandes was able to score from the penalty spot, with a goal that proved to only be a mere consolation.
The Blues worked harder, looked fitter were tactically more sound, profoundly acute on the ball and were great value for their win in Sunday night’s semi-final.

Manchester United Goalkeeper De Gea was so bad that fans clamored for his immediate removal from the team. See reactions and more photos below. 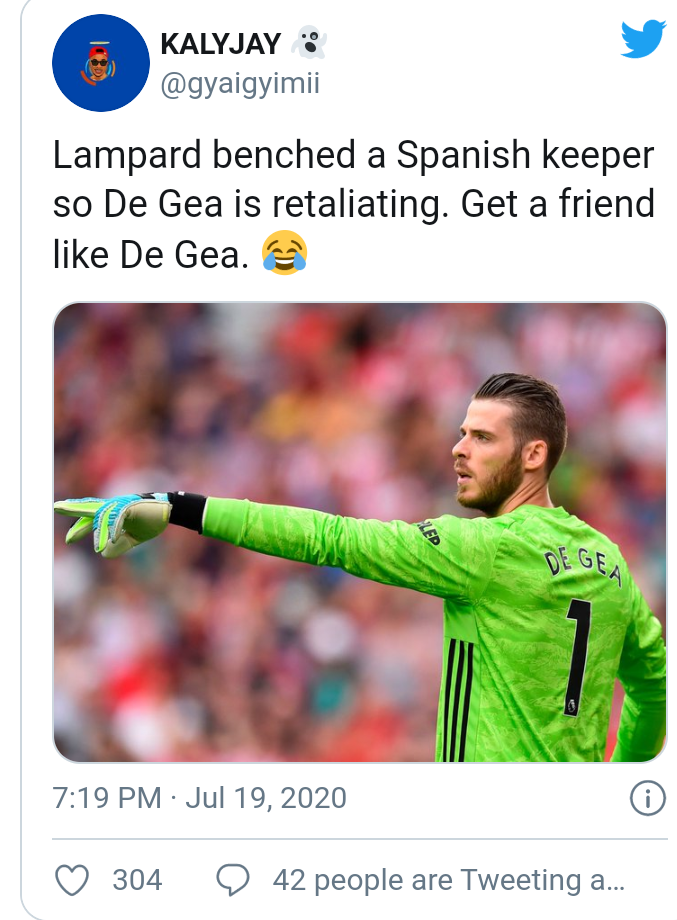 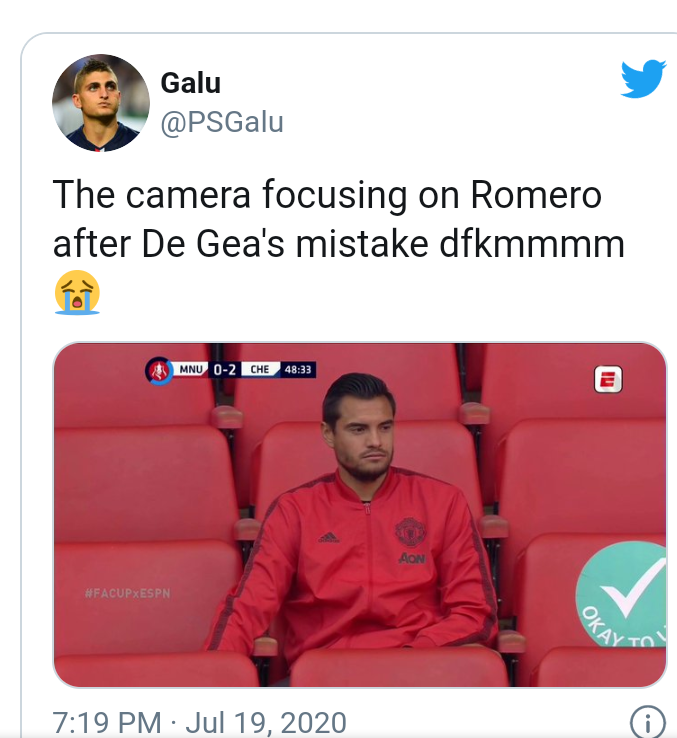 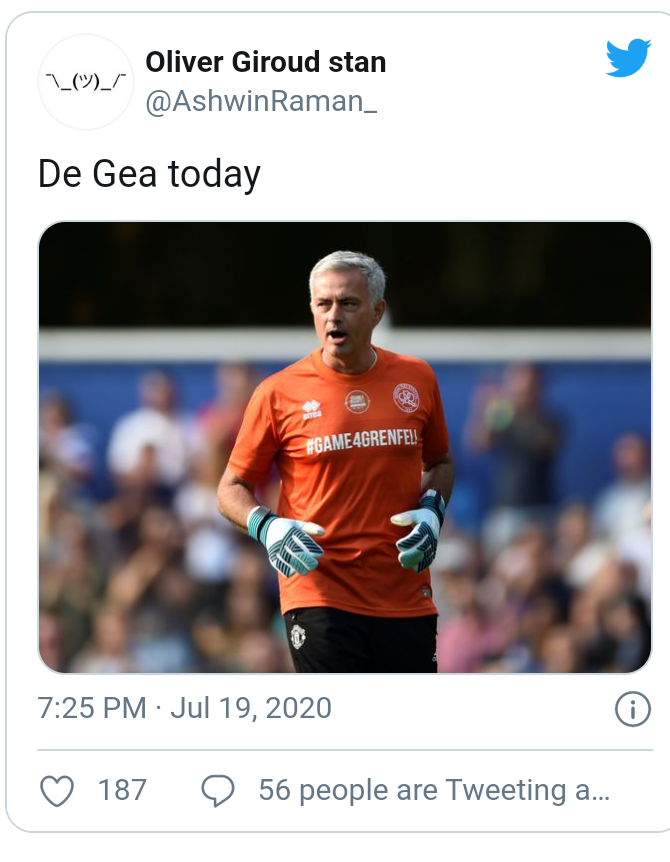 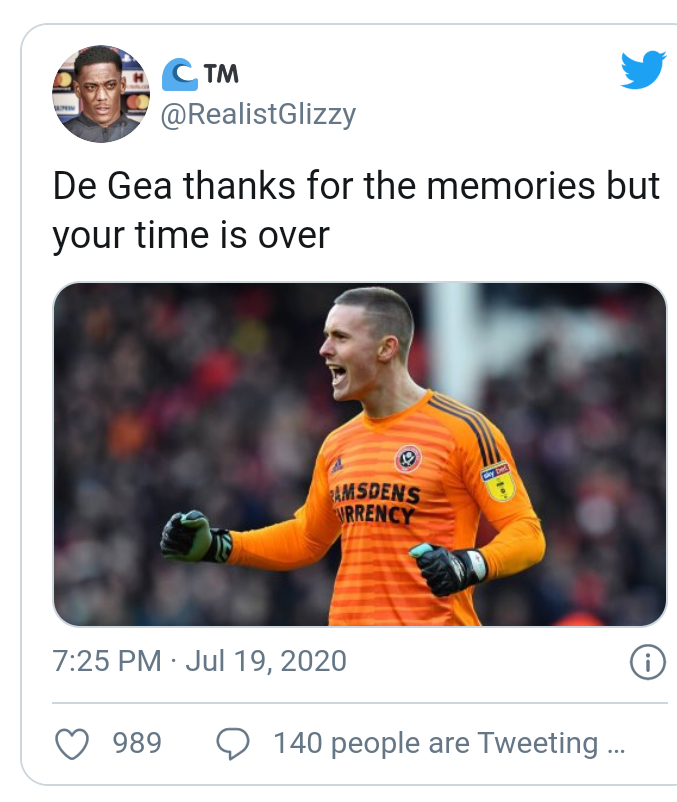