A representative for the 47-year-old comedian confirmed the news to TMZ, adding that Chappelle is ‘currently quarantined and has ‘not yet experienced any symptoms’ of the virus.

“Chappelle has safely conducted socially-distanced shows in Ohio since June 2020 and he moved those shows to Austin during the winter,” Chappelle’s representative said in a statement.

“Chappelle implemented COVID-19 protocols which included rapid testing for the audience and daily testing for himself and his team. His diligent testing enabled him to immediately respond by quarantining, thus mitigating the spread of the virus. Chappelle is asymptomatic,” the statement further read.

Following the diagnosis, the comedian has cancelled his upcoming shows in Austin, Texas.

Dave appeared to flout COVID-19 protocols on Tuesday as he hung out backstage with fellow comedian Joe Rogan, Tesla CEO Elon Musk, and his partner Grimes at Stubb’s Amphitheater in Texas.  They were pictured posing in a group photo 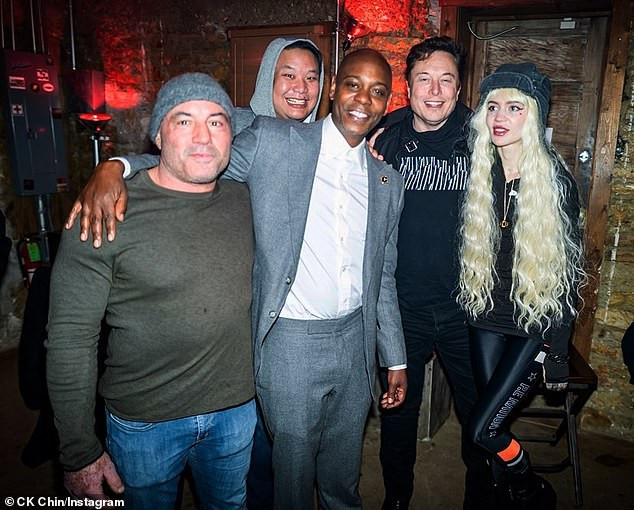 On Wednesday night, the comedian performed the first of a planned five shows night at the Stubbs Waller Creek Amphitheater.

Man slit wife’s throat, played her favorite song and held her hand as she died