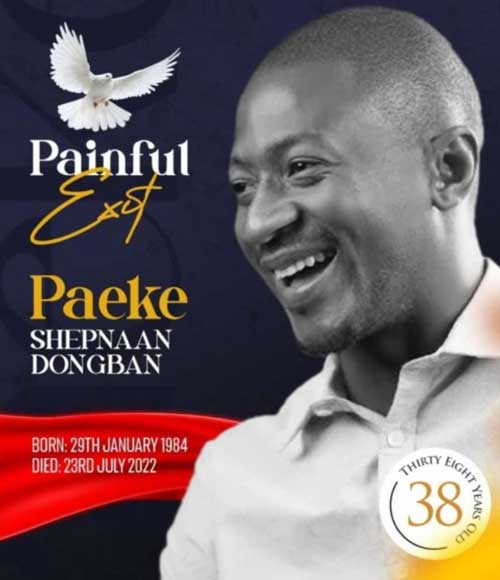 Death has again hit the home of President of Nigeria’s Court of Appeal, Hon. Justice Monica Dongban-Mensem as she lost another son, Paeka Shepnaan Dongban.

The Nigeria lawyer, gathered that the young man who was at the age of 38 died in his sleep on the morning of Saturday.

Late Paek Shepnaan, was a staff of the Federal Ministry of Transport in Lagos.

He studied Mathematics at the Federal University of Technology, Minna, Niger State.

This is the second time Her Lordship has lost a son. In 2012, Hon. Justice Dongban-Mensem lost her son Kwapda to a hit-and-run driver.

Kwapda who was a law graduate was preparing for Law School when he was hit by a vehicle at the busy Miners junction in Tundun Wada area of Jos city, Plateau State.

FOR THE THIRTEENTH CONSECUTIVE YEAR, ZENITH BANK RETAINS POSITION AS NUMBER ONE BANK IN NIGERIA BY TIER-1 CAPITAL IN THE 2022 TOP 1000 WORLD BANKS RANKING