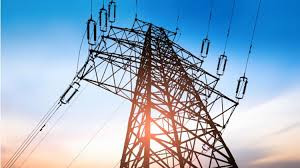 SaharaReporters reports that the community had in 2016 entered into an agreement for the bulk metering of electricity consumption in the five quarters of the community consisting of about 300 rural households. The community members claim that after about 16 months into the said contract and with the continuous payment of the agreed bills, the community was suddenly presented with a total bill of N174, 210, 449.92 as an outstanding bill.

This did not go down well with the community, thereby forcing its leadership to contest the said bill and describe it as bogus, estimated and inflated and sought clarifications, especially on the basis that there were no industries within the community or heavy commercial activities capable of consuming such bills. According to the report, while the community’s leadership pursued an amicable resolution of the dispute, the Benin Electricity Distribution Company without serving relevant legal notices, unilaterally disconnected the electricity supply to the entire community in November 2017 and threw the community into darkness and crippling economic activities in the area.

After several months of refusal by BEDC to restore power to the community,the community leaders instructed its Lawyers, A. A. Ejumejowo, Esq. and M. O. Efeakpor, Esq. to file an action at the Oghara judicial division of the Delta state high court in June 2018.

In a suit marked HCH/29/2018, Hope Abijor, Erharhe Castle, Eghwubare Henry, Emerure Samson, Leonard Maduku, Friday Iteme and Okiki Doctor were listed as claimants acting for themselves and on behalf of the entire members of Edjemuonyavwe community, Oghara while the Benin Electricity Distribution Company served as the defendant. The community sought amongst other reliefs the reconnection of electricity supply to the community.

The BEDC in its defense filed a counter-claim for the payment of the sum of N174, 210, 449.93 as an outstanding electricity bill among other prayers.

The court dismissed the counter-claim of BEDC for the payment of N174, 210, 449.92 alleged as an outstanding bill.

As soon as news of the court judgment got to the community, residents started rejoicing as they have been disconnected from the national grid since November 2017.