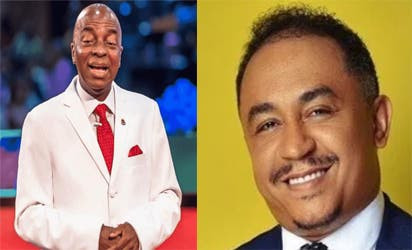 Daddy Freeze has tendered a public apology to clergyman and senior pastor of Winners Chapel, Bishop David Oyedepo, for referring to him as a “Bald-headed fowl” in a video.

The video which Freeze released almost three years ago recently generated controversy after Port Harcourt-based pastor, David Ibiyeomie, stood on his pulpit and verbally assaulted Freeze.
Ibiyeomie while preaching, said he would not be alive and watch Freeze whom he described as a “Bastard”, attack Bishop Oyedepo whom he described as his father. He cursed the day Freeze was born. Read here.

Pastor Paul Enenche of the Dunamis Church in Abuja also released a video attacking Freeze for disrespecting his elder, Bishop Oyedepo. He referred to Freeze as a ‘mad dog with bipolar”. Read here.

Well, Freeze has now tendered an apology to Oyedepo for the disrespectful remark

Divorce is not the end of your life, it’s an opportunity for a new beginning – Daddy Freeze writes on being a divorcee