Fined after sold out show! 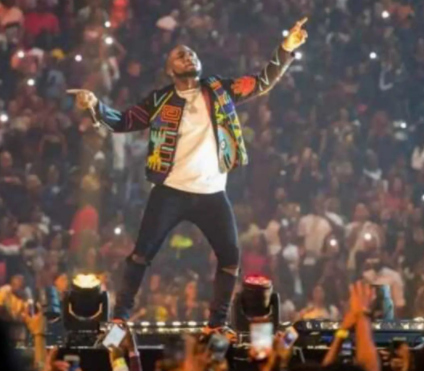 Singer Davido has responded after some social media users alleged his London concert wasn’t sold out as claimed.

They shared photos of what they believed was empty seats at the O2 Arena. 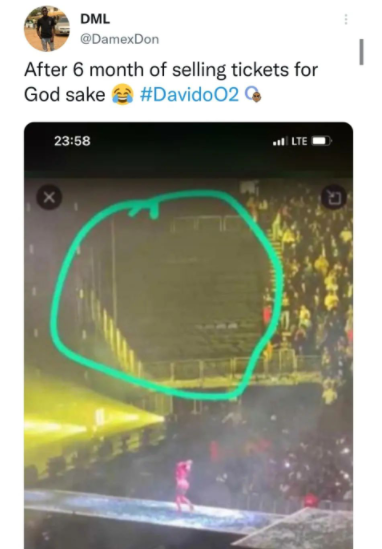 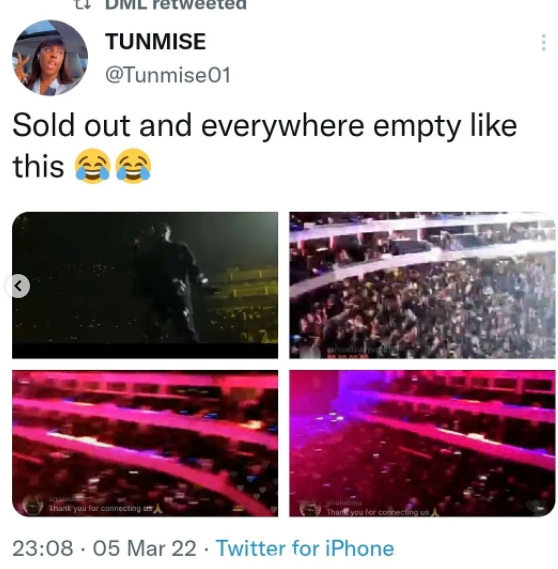 In an apparent response, Davido tweeted saying ”The Shit was full full”. See his tweet below 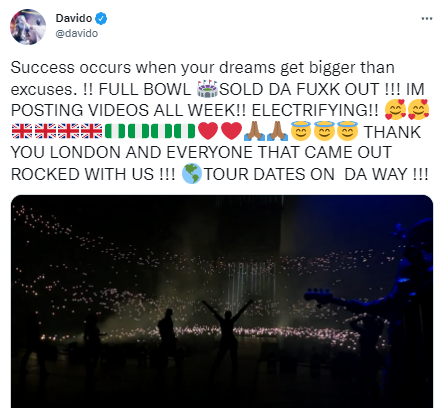 A music lover and fan of Nigerian singer, Davido has taken to social media to share what happened last night during Davido’s performance at the O2 Arena.

Davido organized a concert at O2 Arena on Saturday and the whole auditorium was packed with people from all walks of life.

An anonymous fellow revealed in a tweet that the O2 Arena has a strict curfew at 11pm thus Davido was supposed to finish his concert at the 02 Arena at 11 pm.