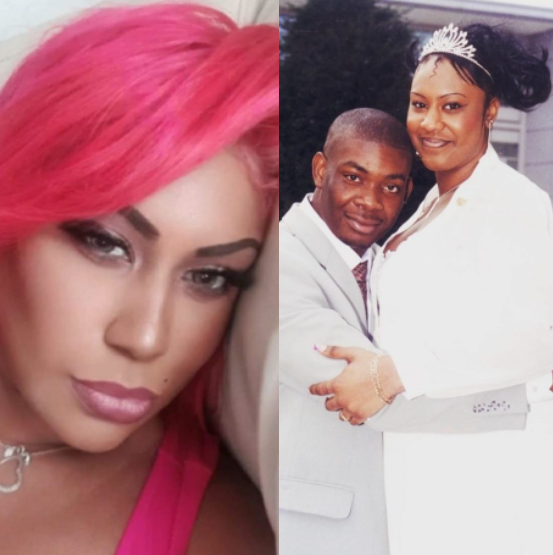 Michelle Jackson, the ex-wife of Don Jazzy, has revealed why they divorced.

Michelle, who is a singer and songwriter, revealed she married Don Jazzy just one week after her 22nd birthday.

She said they met in the club while Don Jazzy’s music group was sharing their flier. She looked at the flier and thought Don Jazzy looked cool so a friend of hers who knows Don Jazzy got her his phone and she typed in her number.

Don Jazzy called her later and she invited him to her home. That was the start of their relationship, which then led to marriage.

She said they were both really young and were both in the music industry and Don Jazzy’s music took him away from home a lot.

Speaking on Naija FM, she said: “Don Jazzy is music, and I said to him many times, he’s not just got a talent, he’s got a special gift. And he just needed to go and be himself and go and do his music.

“Music kind of got in the way of the relationship. We were very young as well. If I was in the same situation now, it might be very different.”

She added: “We were both pursuing our music careers at the same time and he got discovered by JJC Skillz so his talent took him out of the home a lot more and at this point I’d put my music on the backburner to balance some home life.

“He was very into the music and it kind of got in the way.”

Watch her speak in the video

Minister of Labour, Chris Ngige, pulls out of presidential race, says he wants to focus on his job

Pregnant Rihanna honored with a statue at Met Gala 2022