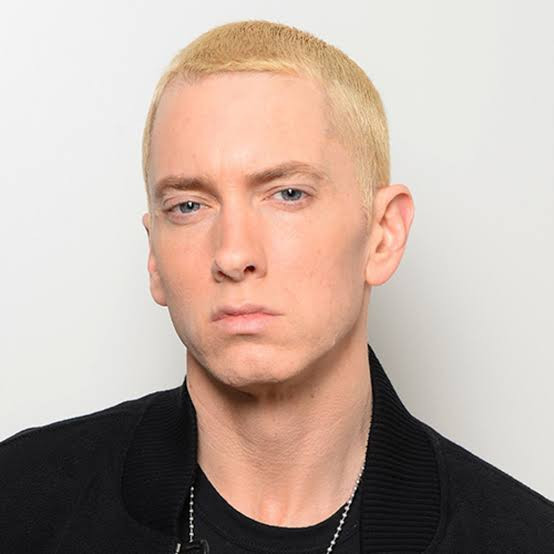 Rapper and record producer, Eminem has made history once again.

Apart from being the highest selling rapper of all time (dead or alive), On Tuesday, March 8, the Recording Industry Association of America (RIAA) announced 73.5 million new Gold & Platinum Program certifications for the 49-year-old “rap god.”, meaning Eminem is now the No. 1 awarded musician for singles in the program’s history and one of only seven artists in any genre or era with three or more Diamond Album Awards.

The certification comes as Eminem’s 2005 album Curtain Call: The Hits earned its diamond certification on Tuesday , which is his third album to receive the rare distinction. Back in August 2017, the album was also declared the longest-running rap LP in the history of the Billboard 200. 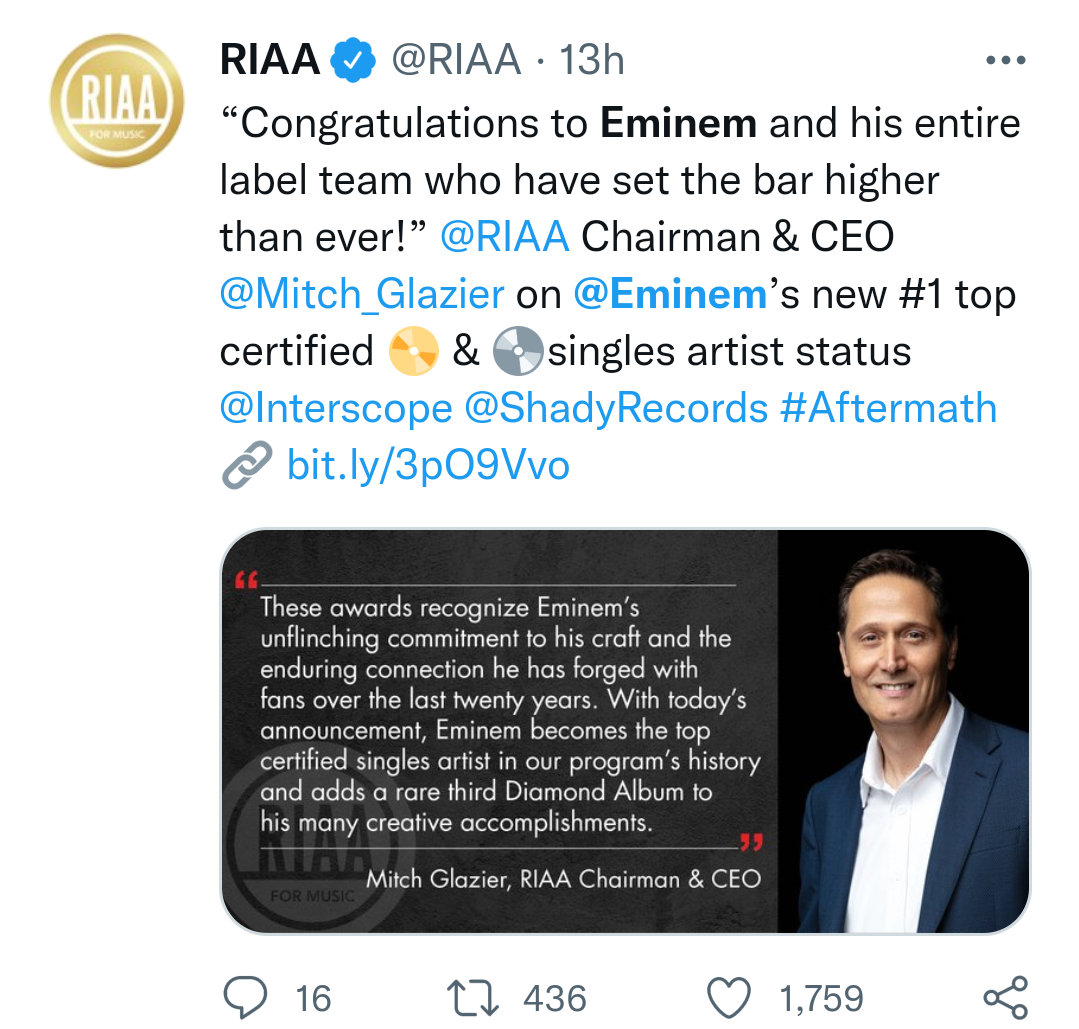 As the 2002 album, The Eminem Show is certified 12x-platinum, Eminem’s The Marshall Mathers LP (2000) sits at 11x-platinum. All of Eminem’s other studio albums, including 2011’s Recovery, are certified platinum or gold. 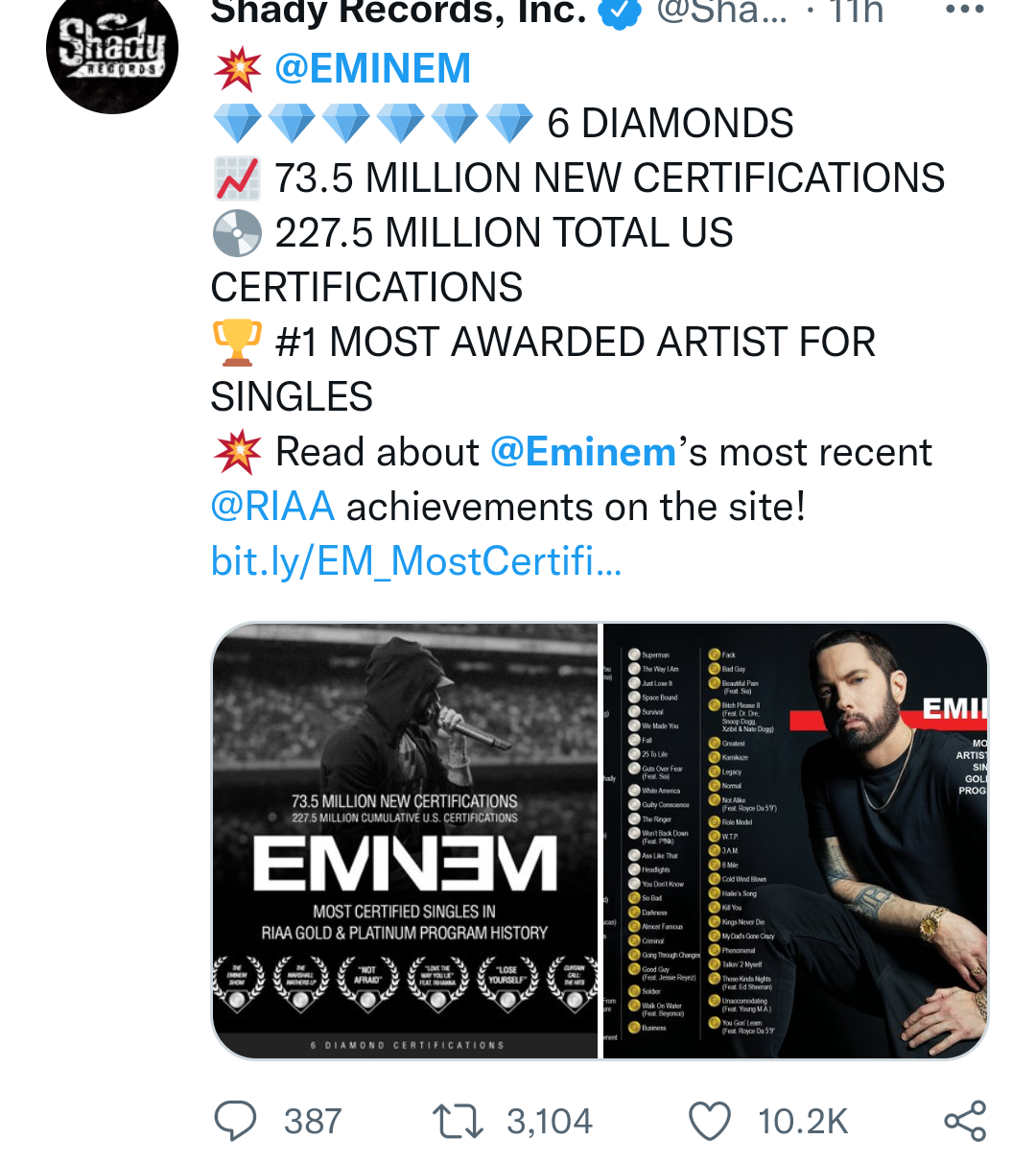 Eminem’s singles, both “Lose Yourself” from the 2002 8 Mile soundtrack and “Love The Way You Lie” with Rihanna have 13x-platinum certifications. 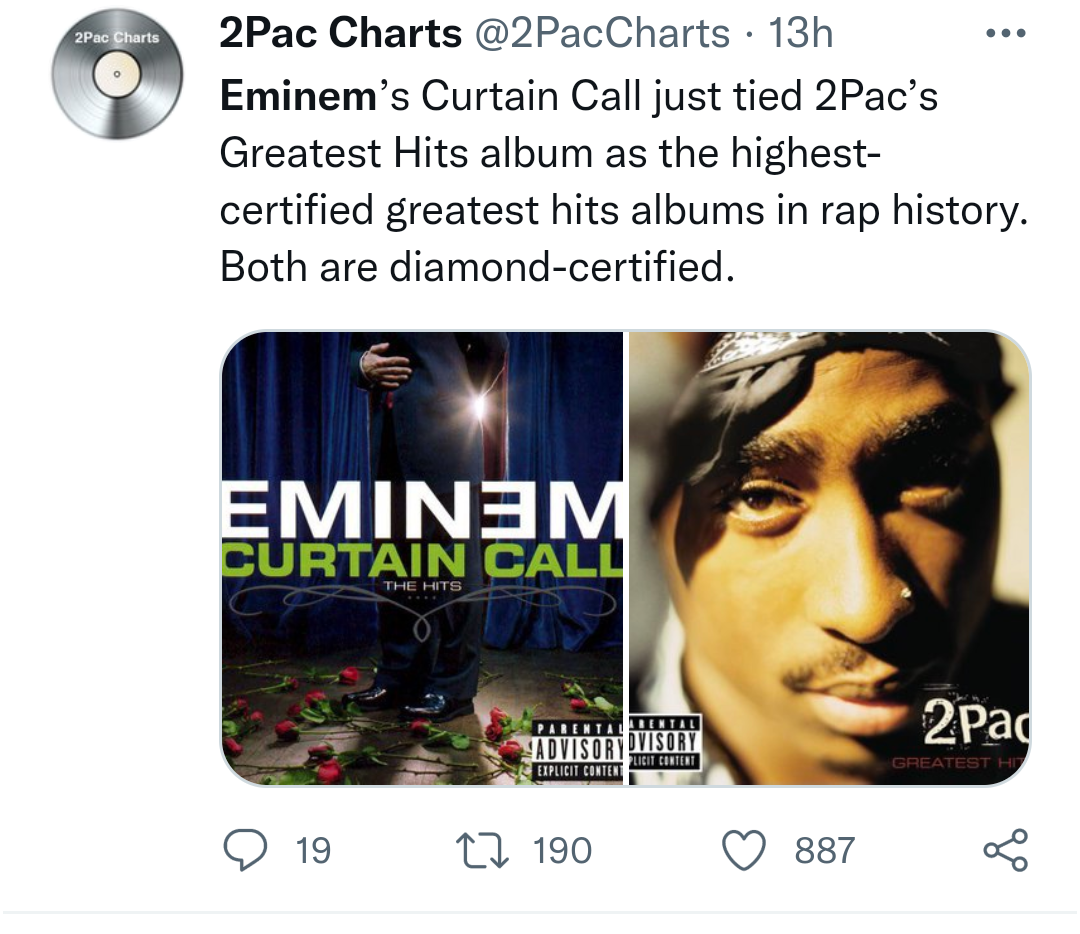 In his career of over two decades, Eminem has collected six new platinum singles and 21 gold singles. 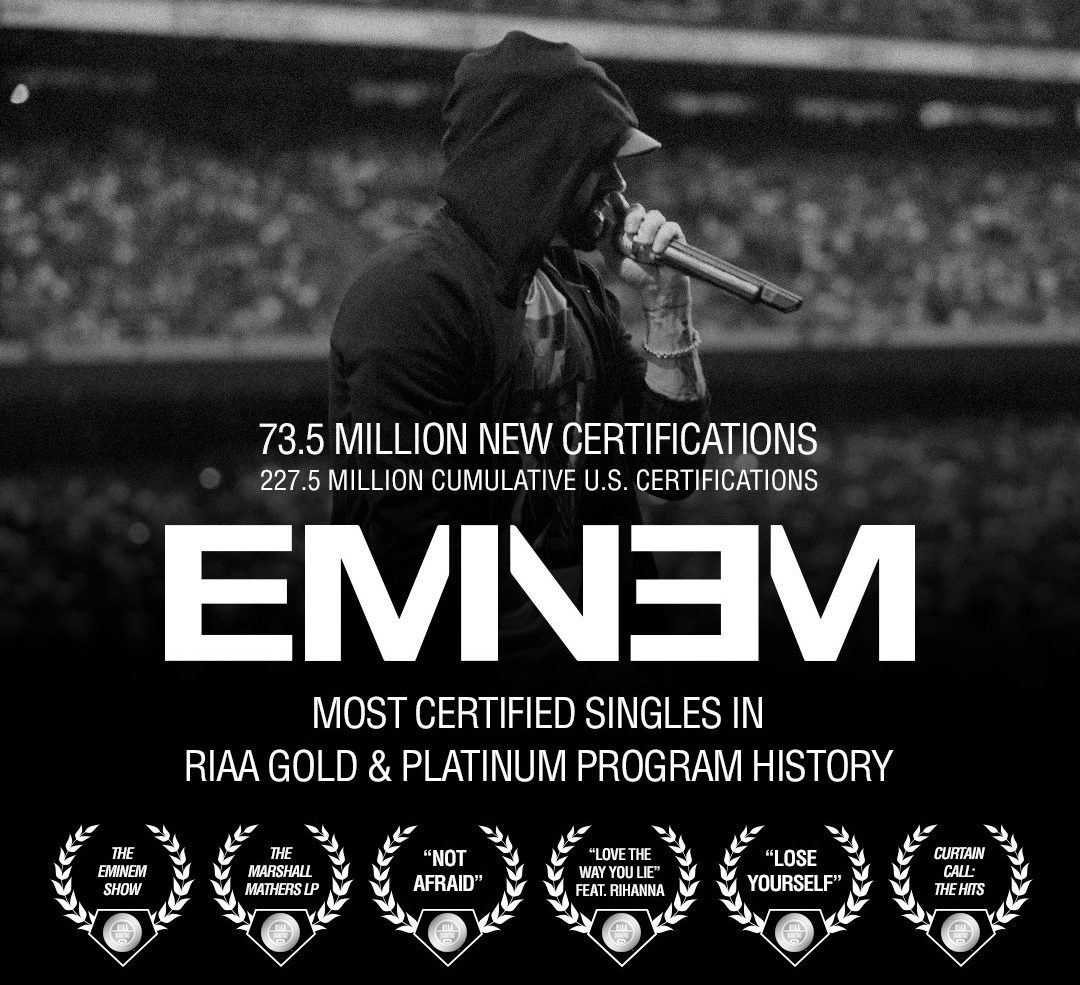 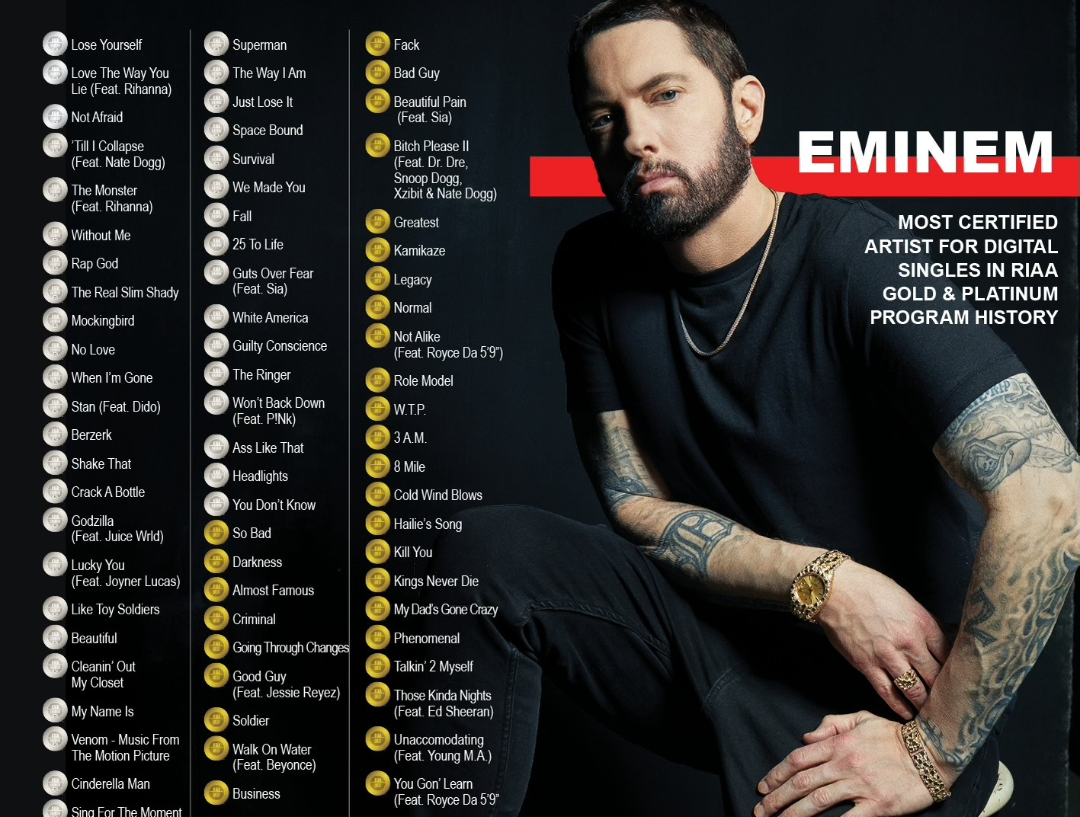 “These awards recognize Eminem’s unflinching commitment to his craft and the enduring connection he has forged with fans over the last 20 years,” RIAA Chairman & CEO Mitch Glazier says.

“With today’s announcement, Eminem becomes the top certified singles artist in our program’s history and adds a rare third Diamond Album to his many creative accomplishments. Congratulations to Eminem and his entire label team who have set the bar higher than ever!”

Vice Chairman, Interscope Geffen A&M Steve Berman adds, “Interscope joins Aftermath in congratulating Marshall, Paul, and the entire Shady team on this remarkable achievement. It has been an honor to be part of one of the greatest journeys in the history of recorded music. The most beautiful part of this is it feels like the journey has just begun.”??

PDP notifies INEC of nominees to replace Umahi and his deputy