Emir of Shinkafi to withdraw Femi Fani-Kayode’s traditional title as he gets ultimatum to do so.. 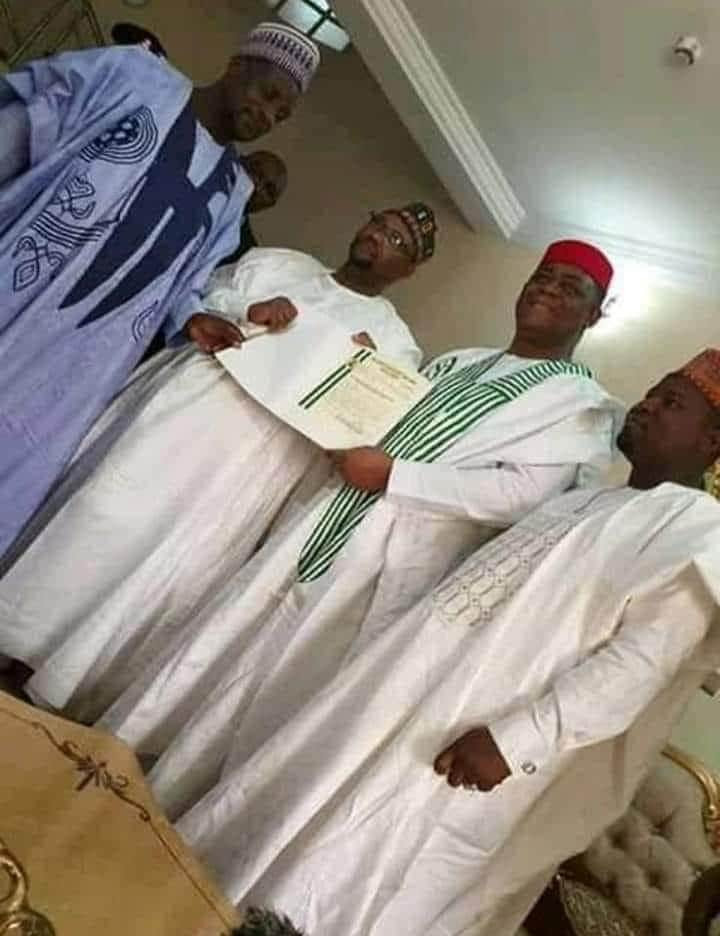 The monarch had conferred the title on the former minister in respect of his support and contributions to the development of Shinkafi emirate.

Two traditional titleholders in the emirate who are spearheading the calls for withdrawal of the conferment of Sadaukin Shinkafi on Fani Kayode, have now resigned from their position.

Sources reported that Dr Suleiman Shuaibu Shinkafi who spoke on behalf of Shinkafi Concerned Citizens, stated that Fani-Kayode insults and abuse leaders and forefathers of the region at will.

“We the citizens of Shinkafi rejected the title of Sadaukin Shinkafi conferred on Femi Fani Kayode by the Emir of Shinkafi in Zamfara State, Mohammed Isah Maikwashe because he does not deserve the title.

“This is a man known to always disrespect and abuse our leaders and forefathers in the region. “On this, I resigned the appointment conferred on me by the same emir as Sarkin Shanun Shinkafi and also a colleague, Dr Tijjani Salihu of Danfodio University also resigned as Sarkin Marayun Shinkafi.”

He added that they will be heading to court if the Emir refuses to withdraw the title. Shuaibu added;

“We are also expecting six additional title holders today who are resigning their titles. This decision is uncalled for and unacceptable, we were not consulted on this and it is null and void.

“After 24 hours if the decision is not reversed, then the emir should expect wrath of the law and he should also resign.

“He always disgrace the north, insult our leaders.”

Hushpuppi was transferred to another prison not released – Lawyer