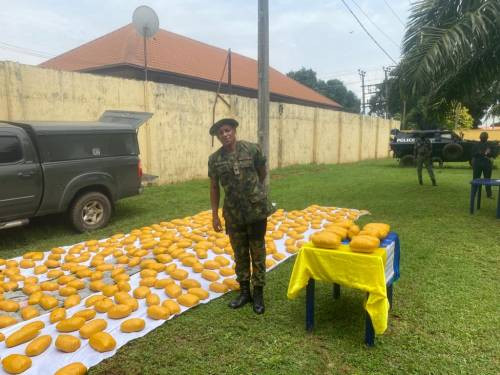 Fabian who is an indigene of Abbi village in Ndokwa-West Local Government Area of the state, was allegedly apprehended while riding a fake military van with plate number NA142-B01 and with 420 packs of compressed weeds suspected to be Indian Hemp.

The state police command says Fabian will be arraigned in court as soon as investigation is concluded. 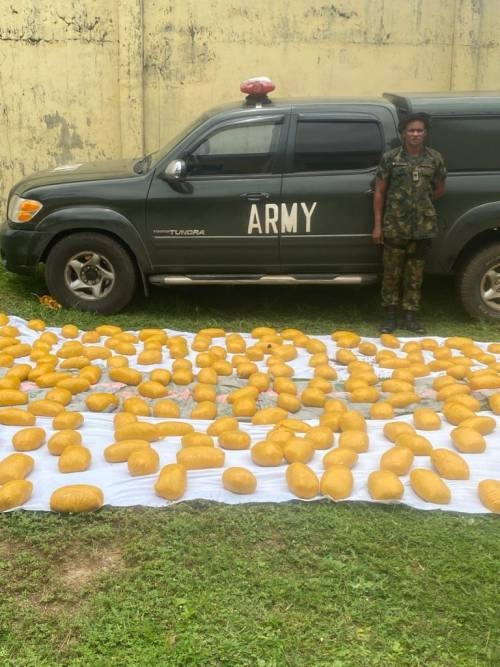 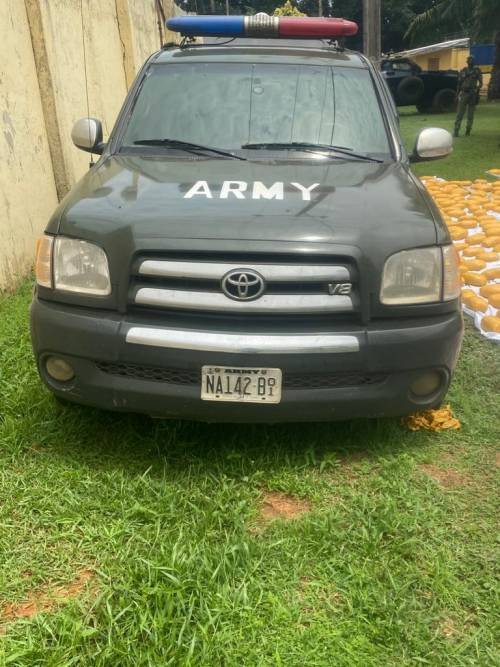 Prince Harry is a ‘shadow of his former self’, says royal biographer