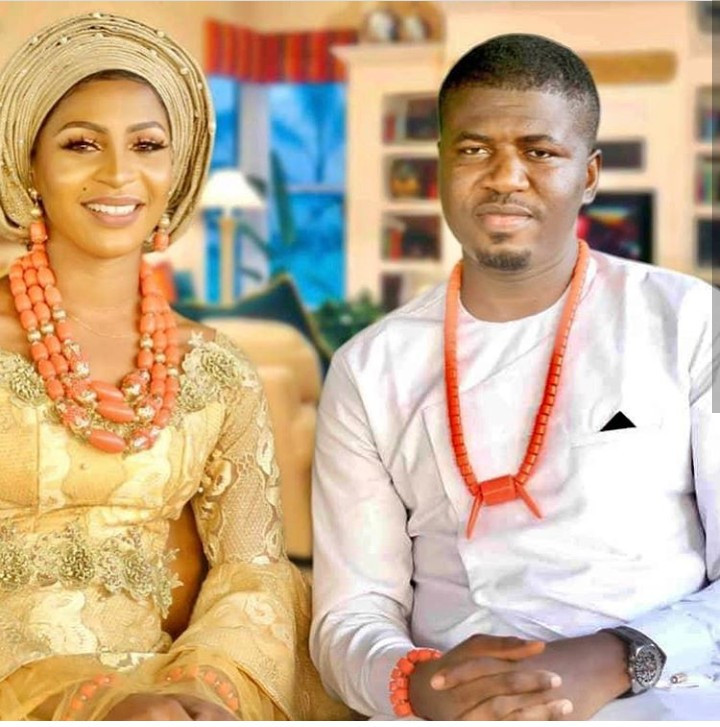 Loveday Etomi, the fiancé of the woman who was crushed to death by a tanker in Ajah only weeks to her wedding, has spoken out following her death.

Immaculate Emife Okochu reportedly died at the scene of the accident, her fiancé said. He then narrated how he was in traffic when he got the call that she was involved in an accident and how he parked his car and ran on foot to the scene to find her “cold”.

Immaculate was a store manager at the Cold Stone Creamery Nigeria in Apapa. She was reportedly rushing to work when she took a bike to escape the Lagos traffic. Unfortunately, a truck rammed into the bike she was on, crushing her on Badore Road in Ajah around 11am on Wednesday, August 12. 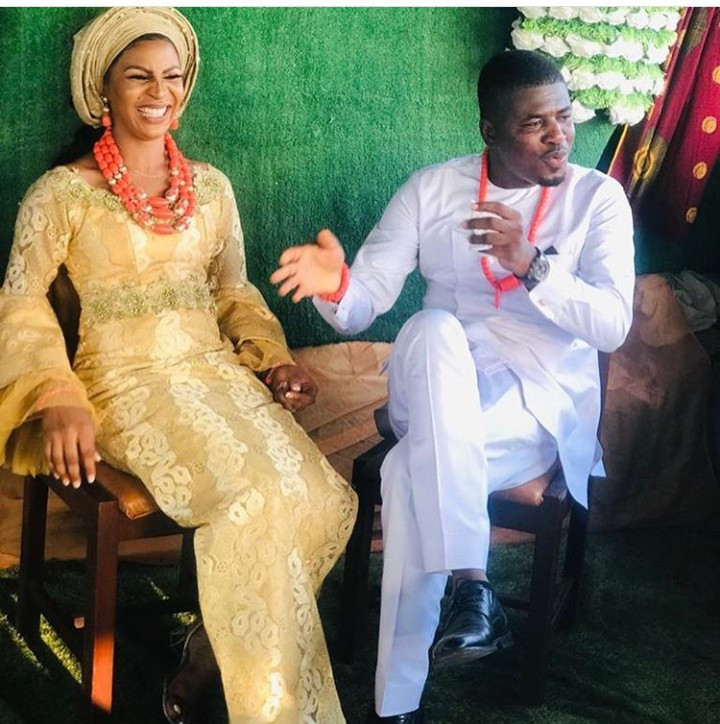 Friend say she was first taken to a hospital in the area, and from there, she was referred to the General Hospital, Marina, where she was declared dead.

Mourning her, her fiance expressed his love for her and said no one could ever replace her. 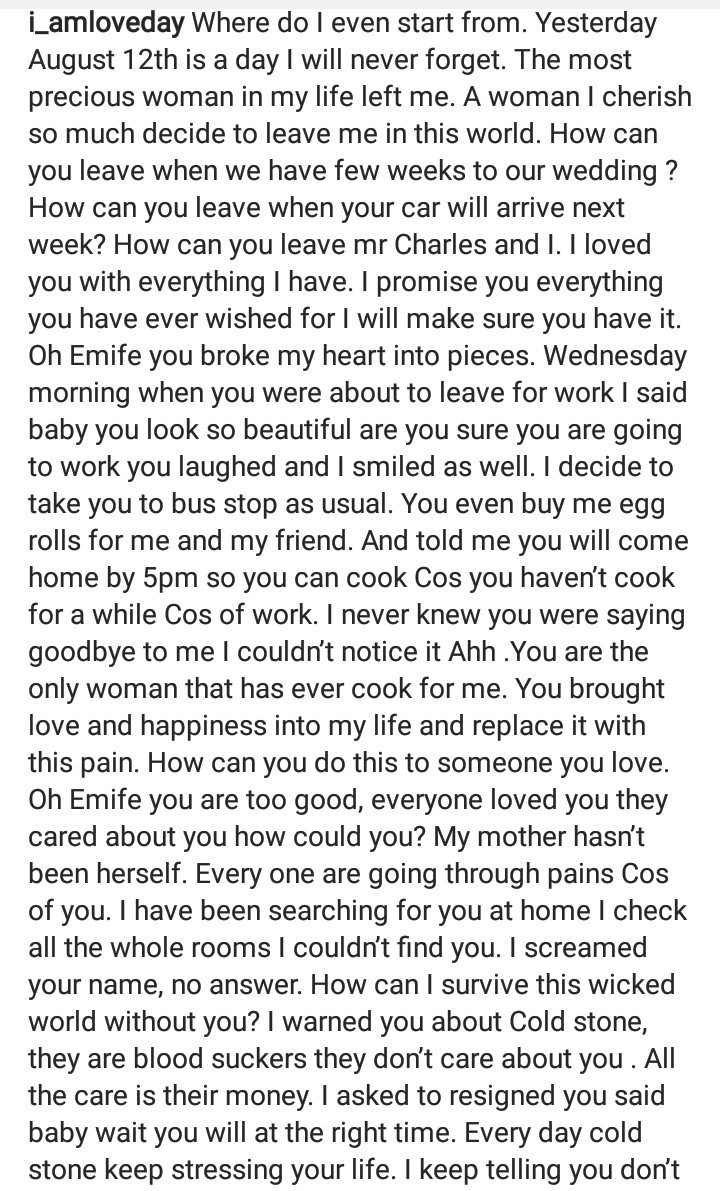 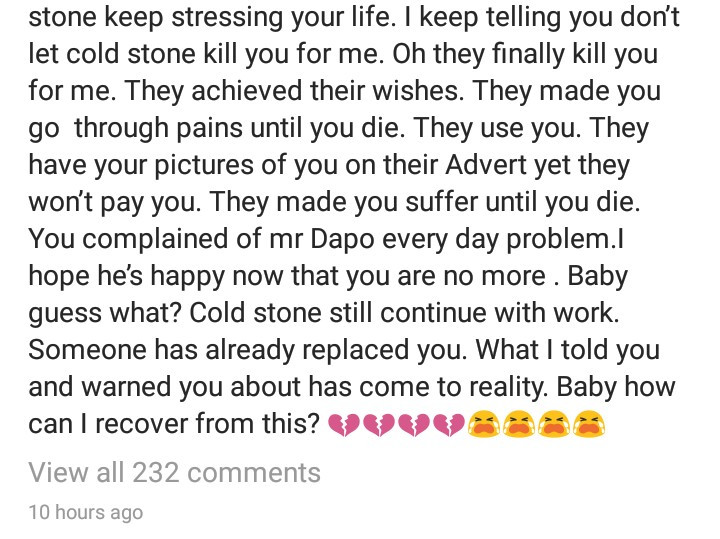 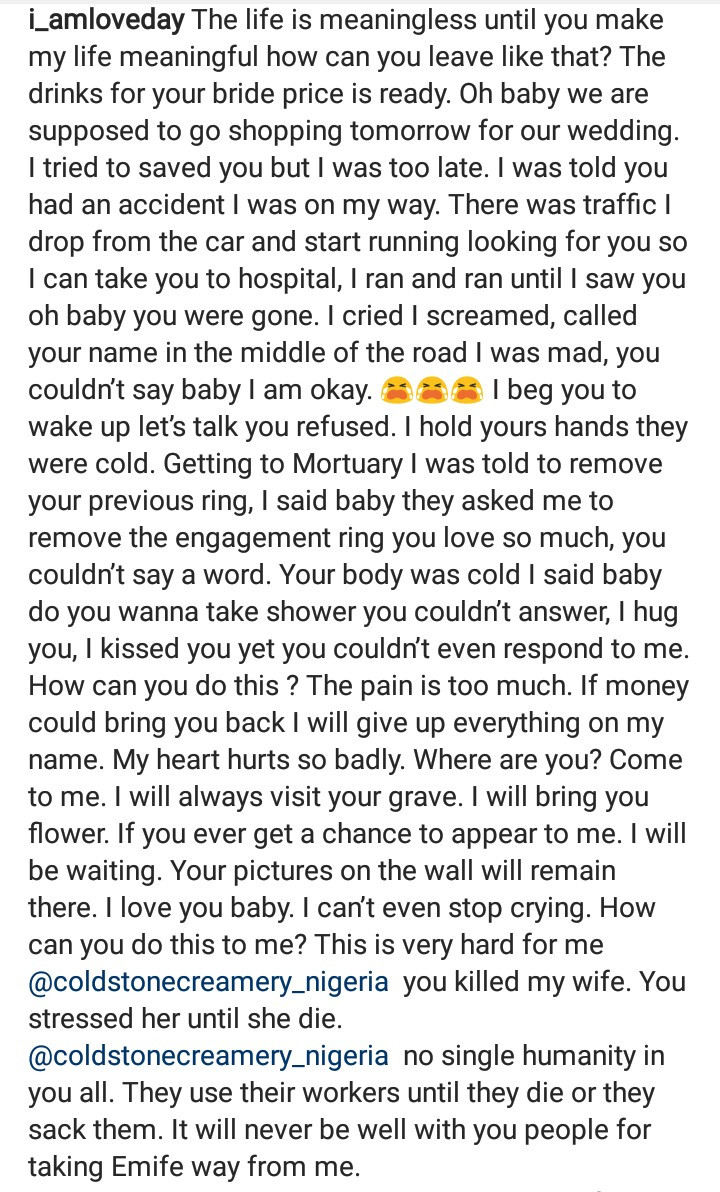