The Lagos State Government has reacted to tweets which raised an alarm of a foamy substance surging through Anthony Village on Wednesday July 8.

Gboyega Akosile, the Chief Press Secretary to Governor Babajide Sanwo-Olu of Lagos state said the foamy substance came from blanketing of an entire scene of an accident.

He said the Lagos State Fire service carried out the blanketing process as a result of content leakage (Black oil) from a container which fell around the area. It was carried out to prevent a secondary incident.

Situation Report: Vehicular incident around Anthony Village, Lagos. The attention of the agency has been drawn to videos circulating concerning some streets in Anthony Village.

It appeared to have lost control while in motion resulting in the obstruction of vehicular movement on the main carriage way.

Blanketing of the entire scene of incident was carried out by the Lagos State Fire service as a result of the content leakage from the container (Black oil) to prevent any secondary incident.

The reaction from this blanketing is what has led to the appearance of “snow/foam” in the aforementioned area. A full scale operation comprising LASEPA, LASEMA, LASTMA ,LAGOS FIRE SERVICE and NIGERIA POLICE have retrieved the container and cordoned it off the street.

Further Investigation by LASEPA is ongoing to determine the nature of the chemical being transported in the container. Any additional corrective action required will then be carried out.

We regret the inconvenience caused by the operation and are working to prevent secondary damage and to mitigate any further environmental challenges caused by the initial spill and the clean up operation.

That being said, we can confirm that no residents are trapped in their homes and plead for all affected persons to exercise patience and due caution. 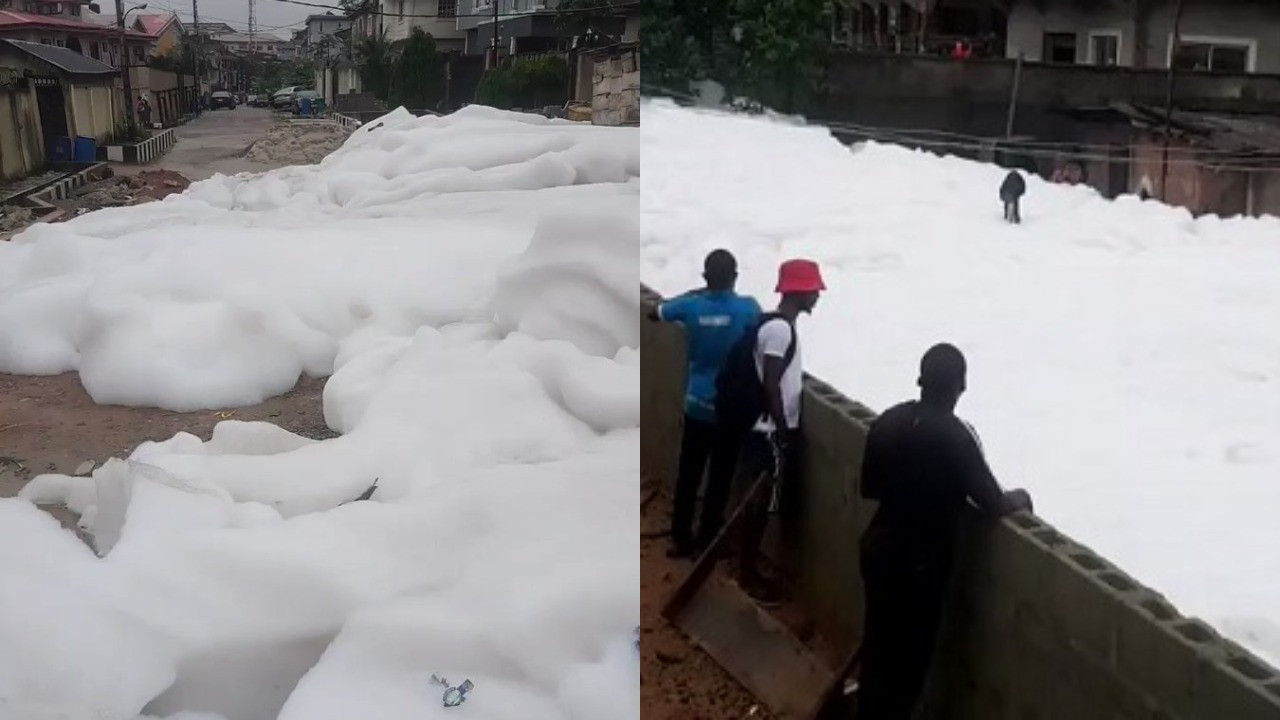