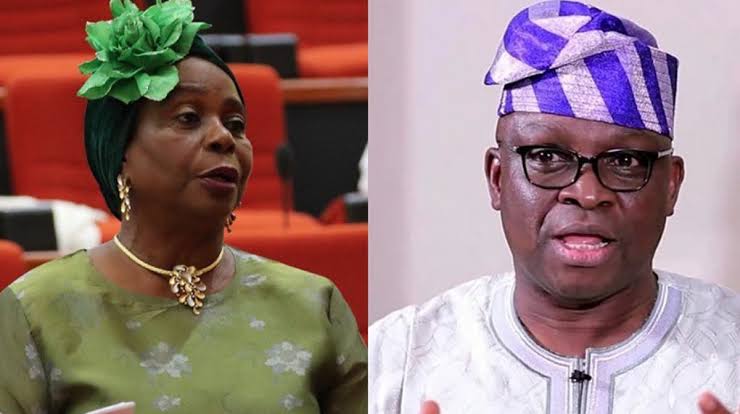 The fresh hostilities were triggered by a five- minute- and- two second viral video, which showed some PDP members loyal to Fayose, purportedly swearing to an oath, leading to exchange of verbal invectives.

In the footage, the party’s executives in the Ijero council area led by the former PDP Chairman in the state, Chief Bola Olu-Ojo, took turns to make a vow to be loyal to Fayose and cursed sudden death be visited on them should they betray him.

Senator Olujimi berated Fayose for allegedly coercing the party executives with financial inducement to swear to a ‘fetish oath’ to sustain their loyalty.

But Fayose’s spokesman, Lere Olayinka, denied that party members were coerced insisting they only affirmed their loyalty to Fayose voluntarily.

In a statement in Ado-Ekiti, Olujimi, through her media aide, Sanya Atofarati, said Fayose’s action was desperation taken too far and condemnable as well as reckless politicking that has no merit in modern democracy