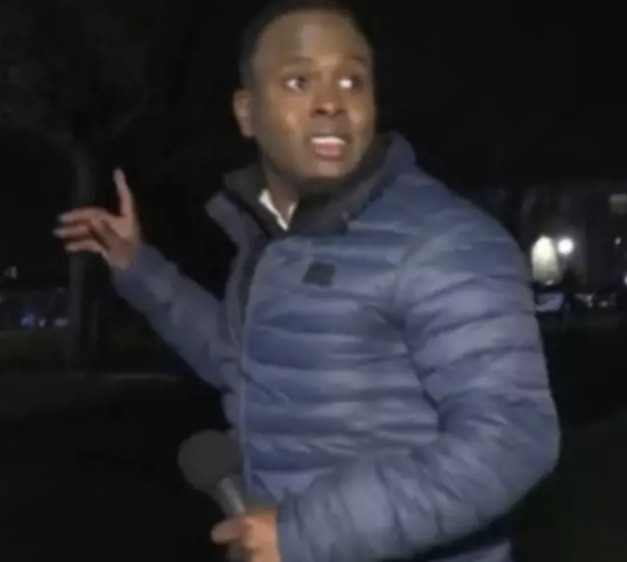 Good Morning Britain turned chaotic this morning, April 13, as gunshots went off during a US presenter’s segment, forcing him to run and hide for cover.

ITV’s US journalist Noel Philip’s was seen looking shocked and then running for cover after gunshots could be heard behind him while reporting on the protests in Minnesota.

Protestors have taken to the streets following Daunte Wright’s death after a female police officer says she “accidentally” shot him. She claims she wanted to reach for her taser but mistakenly pulled her gun.

Noel told viewers: “Minnesota is in a state of emergency, despite a curfew ordering protestors off the street.

“You can sense an escalation amid a growing crisis.”

He then added: “And as we were filming, this happened.”

The camera then panned to footage of Noel looking very nervous as gunshots were fired nearby.

Things rapidly got even scarier as a man could be heard yelling, “get out now” as Noel then ran from the shot.

Noel said: “We heard 20 to 30 gunshots fired from a group of men towards police.”

After the gunshots stopped, Noel continued reporting. He appeared outside a supermarket that had been broken into and looted from.

He told viewers: “We saw gunshots being fired, and as a precaution while doing this job we tend to wear body armour to protect ourselves.”

Noel then unzipped his jacket to reveal he had a bulletproof vest on to keep him as safe as possible.

Wright, 20, was shot dead on Sunday afternoon, April 11, after he and his girlfriend were pulled over by cops over what police say was an expired car registration.

In bodycam footage, a struggle between the officer and Wright can be seen as she shouts “taser, taser, taser” before shooting him.

12 Best Glute Exercises To Shape Up Your Buttocks

What shirt number will Jadon Sancho wear at Man Utd?

I recently made N102m from acting. I’m the richest actor in Nollywood –…