The Federal Government and the newly constituted Nigerian National Petroleum Company Limited (NNPC) may face legal actions following the transition of the latter to a limited liability company.

Findings by The Guardian showed that the 36 states of the federation and the 774 local councils whose financial viability has been threatened by the development, as the new status of the NNPC means it would no longer contribute to the Federation Accounts Allocation Committee (FAAC), might seek reprieve in court.

The FAAC, usually shared to the three tiers of government monthly, had been under threat lately following huge payment of subsidy on premium motor spirit (PMS) otherwise known as petrol by the NNPC under the old order.

However, the transition of the NNPC to a limited liability company would henceforth permanently halt it from contributing to the FAAC.

The transition of the company has also thrown up fresh issues from the Petroleum Industry Act (PIA), particularly on sections of the Act dealing with the ownership of the NNPC and taxes.

For instance, under Section 53(3) of the Act, ownership of NNPC Ltd is vested in the government, which is defined under Section 318 as the “Federal government of Nigeria,” while chapter four that deals with Fiscal Framework provides that a core objective of the Act is “to establish a framework that expands the revenue base of the Federal Government and not states or local governments.”

The Act also repealed the Petroleum Profits Tax and replaced it with the Nigerian Hydrocarbon Tax (NHT) and Companies Income Tax (CIT); whereas NHT would be subject to 13 per derivation, CIT would not be.

Before the recent transition of NNPC, governors, including Ekiti State Governor, Kayode Fayemi, who doubles as the Chairman of the Governors’ Forum (NGF), had raised the alarm over dwindling FAAC especially as NNPC shifted commitment to the over N4 trillion subsidy budget in the 2022 budget. Thus, the states and local councils have so far survived more with non-oil revenue in the FAAC.

With NNPC now totally off remittances to the FAAC while the Federal Government plans N6.72 trillion petrol subsidy next year, only contributions from the Nigerian Custom Services and the Federal Inland Revenue Services (FAAC) remain certain.

A legal practitioner, Ledum Mitee, stated that the 13 per cent derivation to the oil producing states was under threat in the present circumstance.

“I think the unveiling of NNPC Ltd has grave implications to the states, especially of the oil producing states. I think the states and the local councils took their eyes off the ball and they were done for in the passage of the PIB into PIA,” Mitee, who succeeded Ken Saro-Wiwa as President of Movement for the Survival of the Ogoni People (MOSOP), said.

The legal expert and activist asked states to immediately proceed to the Supreme Court to set aside several offensive portions of the PIA.

Insisting that renewed agitations for resource control in the country were emerging, Mitee told The Guardian that he’s currently leading a legal suit with possible joint action from the states and the local councils.

“Regarding the provisions that seek to punish communities over crimes that may not necessarily be committed by members of their community, I and others are working on a suit to strike down the offending provisions as being unconstitutional. Would the world, for instance, punish Nigeria for crimes committed by Nigerians,” Mitee said.

“That should be a risk that a business should carry. Who brings money from gold mines in Zamfara to be used to explore if gold would be found in Ogoni?

“The provision that where sabotage, vandalism or other unrest occurs that disrupts production activities within a host community that community should forfeit its entitlement to the extent of the cost of repairs does not only offend the constitutional provision that bars anyone from being punished for an offence for which he has not been found guilty by a court of competent jurisdiction; it is also alien to our criminal jurisdiction that forbids vicarious liability for crimes,” he stated.

A legal practitioner and former management staff at Shell Nigeria, Madaki Ameh, also said the prevailing situation was raising germane legal issues which would need to be addressed as the PIA is implemented.

“For accounting purposes, revenues accruing to the Federal Government from oil and gas activities carried out by the NNPC Ltd will still have to be shared in compliance with the provisions of the constitution, and this would include the NHT and CIT payable by NNPC and other companies operating in the oil and gas industry,” Ameh said.

According to him, the funds available to FAAC for distribution to states have been coming from FIRS and Customs, adding, “this definitely has taken its toll on the revenues available to the states.”

He insisted that the sub-national governments needed to look inwards and improve their internally generated revenue potential. He called on the Federal Government to devise ingenious ways to solve the subsidy quagmire, saying it has become unsustainable in view of dwindling revenues and increased debt service obligations.

According to him, dwindling revenues would create expected negative impact on the ability of states to meet their obligations and also lead to renewed agitations for resource control.

“Defaults on payment of salaries, pensions and delivery of basic services will increase unless the governors become innovative and think outside the box,” he said.

Past President, Chartered Institute of Bankers of Nigeria and Professor of Economics, Babcock University, Segun Ajibola, also concurred that the prevailing development would affect the financial viability and survival of most states, adding that most of the states were currently economically unviable.

“A sizeable portion of inflows to the Federation Account (and by extension FAAC) comes from remittances by NNPC. If FAAC is hampered, many states may not be able to survive financially. Most of the states lack the capacity for immediate response to revenue shortfalls that FAAC shocks may engender, at least in the short run. It may be impossible for some states to meet even basic financial obligations such as salaries, overheads, etc not to talk of capital expenditure,” Ajibola said.

The scholar added that the transformation of NNPC to a private limited company would breed innumerable issues on the inherited assets and liabilities.

He admitted, however, that “most of these concerns can be properly dimensioned by utilising existing laws, rules and regulations as they affect such transformation; and by imbibing best corporate governance practices.”

Nevertheless, Managing Partner, The Chancery Associates, Emeka Okwuosa, said the transition of NNPC was heartening, noting that the company should be allowed to settle in.

He said FAAC ought to have been stopped a long time ago, adding that it made states very lazy, indolent and heavily dependent on the contributions.

“Now they will start sourcing for other avenues of funds to increase their internally generated revenue,” Okwuosa said.

He expressed optimism that the no-business- as-usual realities has already created alarm bells for states to become innovative and encourage frugality, due process and streamlining of operational cost.

Most of the stakeholders also submitted that rent seeking Nigerians may also find the transformation challenging.

Chief Executive Officer, Gabe Fasoto & Co, Gabriel Fasoto, called for amendments to the extant law in a manner that would see the Federal Government relinquish some solid mineral resources to states an incentive to improve on their revenue.

Fasoto, who is a former chairman of Council and President at the Chartered Institute of Taxation of Nigeria (CITN), stated that while that would be a long term plan, the Federal Government should become more clearer on the issues surrounding the NNPC transition.

He noted that although the Minister of Finance, Zainab Ahmed, had explained that the Federal Government was working on the modality of how to manage the transition and the monthly contribution, it remained unclear what that would be.

Fasoto also asked the Office of the Accountant General of the Federation to design a template that would weigh the financial capabilities of the states and provide immediate solutions or else the country would collapse.

Coming at a time that a state like Ondo is sacking civil servants for receiving double salaries, Fasoto said it was high time the states blocked revenue leakages.

It would be recalled that states generated only about N849.12 billion Internally Generated Revenue (IGR) in the first six months of 2021. The budget of Lagos State alone for 2022, which stands at about N1.7 trillion, is double the entire IGR. With this development, only a few states may stay afloat with continuous subsidy payments and no remittance from NNPC.

A former chairman of the Nigerian Electricity Regulatory Commission (NERC), Dr. Sam Amadi, had, however insisted that the poor handling of the nation’s economy under the President Muhammadu Buhari administration has worsened the plight of the states.

The former governorship aspirant, who described Nigeria as a broken economy because of low productivity and reckless politics, stressed that the All Progressives Congress (APC) administration has done a bad job in managing the economy.

“The debt burden, the low productivity and the failure to restructure the federal public service mean that we cannot finance critical projects that would grow the economy and improve livelihoods. In spite of the dwindling revenue, neither the federal nor state governments are prudent and strategic in public expenditure. Corruption, leakages and ‘sippages’ are worse than they used to be,” Amadi added. 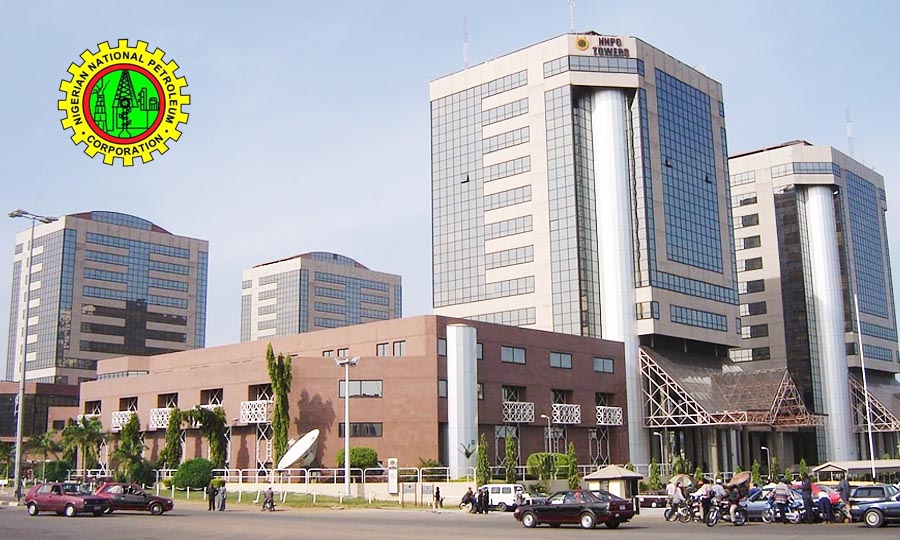 US bans sale of Chinese tech amid security fears