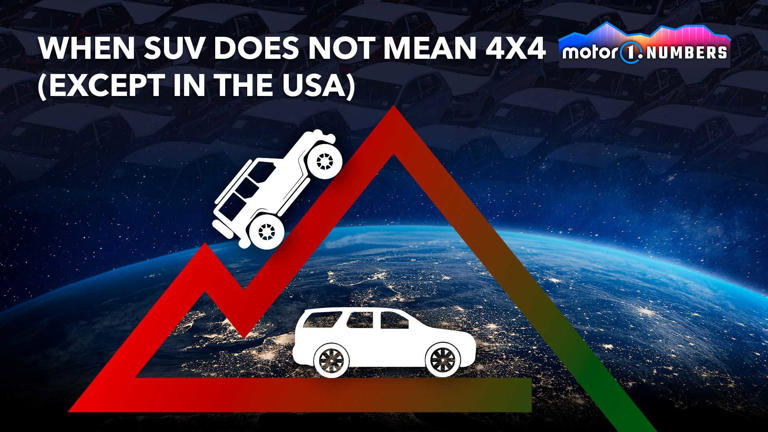 Only 36 percent of SUVs sold in Europe through 2022 turn all four wheels, but the opposite is true in the US.

The SUV boom is a clear trend around the world. In the first half of this year, these vehicles made up 50 percent of new European registrations. In the US it’s 53 percent, and China isn’t far behind at 47 percent.

In 2021, basically half of all new-vehicle buyers worldwide opted for an SUV. Reasons for SUV popularity are clear to everyone: Elevated riding position, attractive designs, more choices with more affordable pricing, and the general feeling that they are more confident and capable as everyday vehicles. People like them because they should take them everywhere. However, there’s an ironic twist regarding the SUV boom.

The Hard And Pure Off-Roaders

Current SUVs, as we know them, are direct descendants of the first off-roaders that entered the scene in the 1940s. They were very rough vehicles with four-wheel-drive powertrains mostly used by military forces. The platforms evolved for civilian use, featuring better interiors and more space for passengers. The process was slow at first, with buyers up through the 1980s generally being well-off individuals seeking a safe, functional means of transportation. It is particularly true in Europe, though even in the US, there were few buyers and fewer choices until the Ford Explorer jump-started the segment in 1990.

The democratization process began in the late 1990s, when modern and attractive designs began to replace the expensive boxy bodies of the time. And as supply increased, prices fell. But the soul of the off-roader was the maintained: All-terrain vehicles utilizing a traditional four-wheel-drive system.

In 2011, when small SUVs weren’t popular yet, 4x4s accounted for 62 percent of the sales mix in Europe and 59 percent in the US. At that point, SUVs were still associated with off-road capability.

The balance started to shift when automakers introduced more affordable models. B-and-C segment SUVs and crossovers began to quickly gain ground in markets such as Europe and China. They were smaller and more frugal vehicles, which appealed to many consumers looking for an SUV they were unable to afford until then.

These small SUVs often share the same platform and parts with hatchbacks, but feature a more aggressive design with a higher driving position. They also usually cost a bit more than the standard hatchback. And guess what? Many don’t feature 4×4 capability. 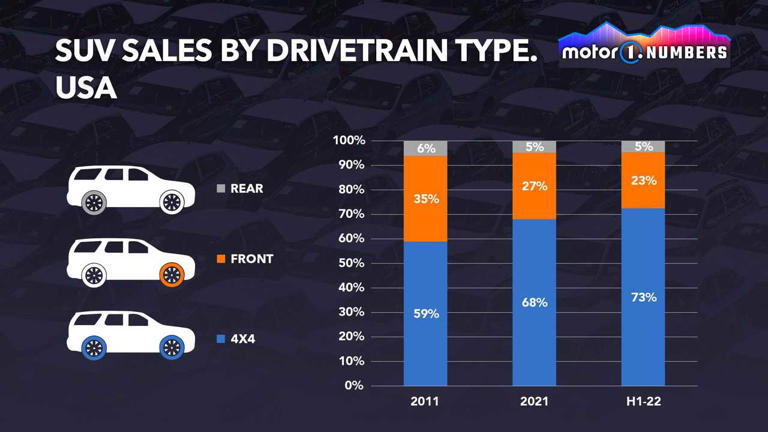 Today, most SUVs sold in Europe and China are not powered by a traditional four-wheel-drive system, or a full-time all-wheel-drive system. They turn the front wheels only. According to data from JATO Dynamics, only 23 percent of SUVs sold in China between January and June 2022 were equipped with some measure of four-wheel power. In Europe, such vehicles were only 36 percent of the volume.

The US is the exception to the rule. SUVs packing either an old-school four-wheel-drive system or an all-wheel-drive setup accounted for 73 percent of SUV sales through June 2022. Larger SUVs like the Chevrolet Suburban are more popular in this part of the world, and some measure of all-wheel drive is often available in larger models. A significant part of the country also faces difficult weather conditions during the winter, making it more important to buyers. And American motorists aren’t as phased by high fuel prices. They tend to prefer big machines with all the option boxes checked, and that includes four-wheel drive. 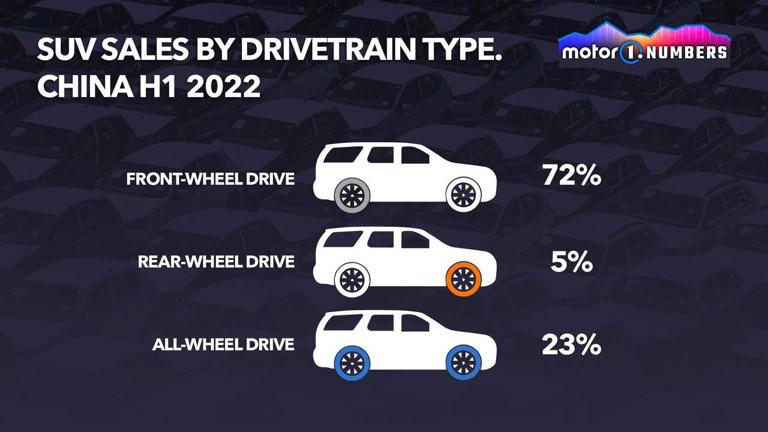 A Question Of Cost

Ultimately, there is a cost reasoning behind the popularity of front-wheel-drive SUVs. Most drivers seldom drive in tough conditions and don’t need off-road capability. The roads are good everywhere, and more often than not, SUVs are used in cities. Why pay more for a system you are unlikely to use?