Two occupants of the ill-fated helicopter were recovered dead while another has been hospitalized following the aftereffect of the crash. The hospitalized victim is in the Intensive Care Unit of the Lagos State University Teaching Hospital while the bodies have been deposited at the morgue.

It was gathered that the helicopter was a private one before it crashed into the premises of No 16A, Salvation Road, Opebi, Ikeja on Friday. The Director-General, Lagos State Emergency Management Agency LASEMA, Dr. Olufemi Oke-Osanyintolu confirmed the incident saying the state has activated emergency responders to the sceneAccording to him, the agency received a distress call concerning the incident.

He said, “the agency got a distress call concerning a privately operated helicopter that crashed into 16A Salvation Road, Opebi, Ikeja and immediately activated the emergency response plan,”

He confirmed that three passengers were on board the flight, ” the helicopter was carrying three passengers; one is in the intensive care unit at the Lagos State University Teaching Hospital while the bodies of the two killed on impact have been deposited in the mortuary. We are on top of challenges especially crowd control while operation is ongoing.” He said 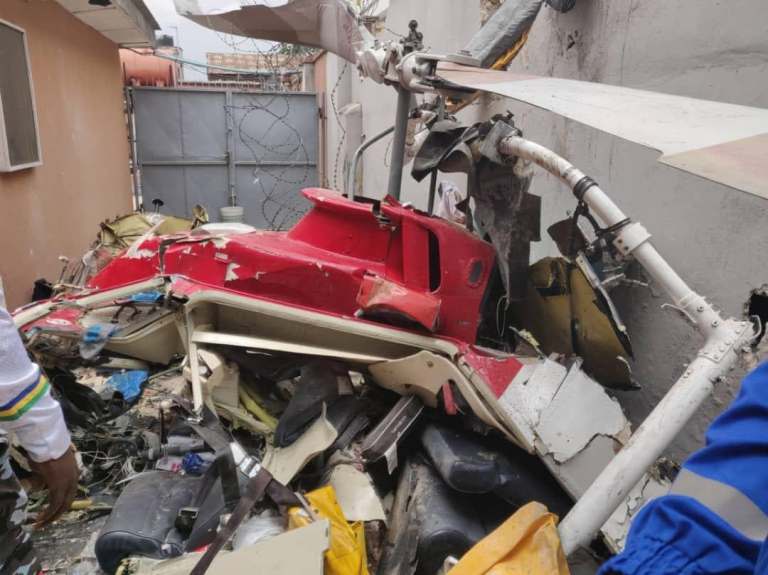 Fire outbreak: Access Bank urges customers to use other branches