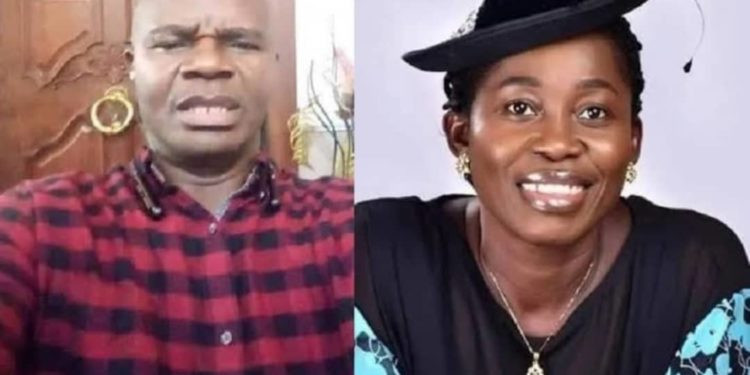 Peter Nwachukwu, the husband of the late gospel singer, Osinachi, has allegedly been identified as one of the inmates who fled the Kuje prisons after the terrorists attack on the prison facility last Tuesday, July 5.

SaharaReporters reports that multiple security sources confirmed that Mr Nwachukwu was one of the inmates who fled.

“During our roll call yesterday, we discovered that the husband of the late gospel singer was missing,” a senior prison official was quoted as saying

A High Court of the Federal Capital Territory in Wuse had on June 3 remanded Nwachukwu at the Kuje Correctional Facility, pending the hearing and determination of the homicide-related suit instituted against him by the Attorney General of the Federation.

Nwachukwu was arrested and thereafter charged to court after some of her family members and colleagues alleged that his repeated physical attack on the gospel artiste led to her death on April 8. Nwachukwu was alleged to have kicked Osinachi in the chest, leading to a blood clot that eventually killed her.

Part of the charges filed against him reads;

“That you, Peter Nwachukwu, 56, male, on the 8th of April, 2022, at Aco Estate, opposite police station, Lugbe, Abuja, FCT, within the jurisdiction of this honourable court, did commit an offence to wit: culpable homicide punishable with death in that you caused the death of Mrs Osinachi Nwachukwu by your various acts of violence and aggravated assault with the knowledge that her death would be the probable consequence of your acts.

“Statement of offence: Emotional, verbal and psychological abuse contrary to Section 14(1) of the Violence Against Persons (Prohibition) Act, 2015 and punishable under the same section of the Act.

“Particular of offence: That you, Peter Nwachukwu, male, sometime between 14th November 2009 and April 2022 at Aco Estate, opposite police station, Lugbe, Abuja, FCT, within the jurisdiction of this honourable court, did commit an offence to wit: emotional, verbal and psychological abuse on Mrs Osinachi Nwachukwu (deceased) by humiliating her and making utterances like ‘you are smelling,’ ‘you are mad,’ to her in the presence of her music crew members.”

Osinachi’s husband and Wadume didn’t escape after Kuje prison attack, they are still in custody – NCoS 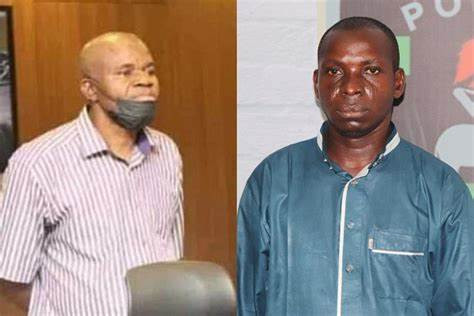 Public Relations Officer of the Service, Umar Abubakar said on Tuesday July 12, that there’s no iota of truth in the report.

He told The Nation;

”I was with him in the morning because we had to check out the profiles of escapees again, again and reconcile with those recaptured.

“I even asked my FCT Public Relations Officer, Humphrey Chukwuendo when I saw the report that why is it that some people just sit down and concort unverified reports. I think it is time we take steps to address this issue “.

Man falls to the ground after being slapped by girlfriend he proposed to at an Ibadan mall.