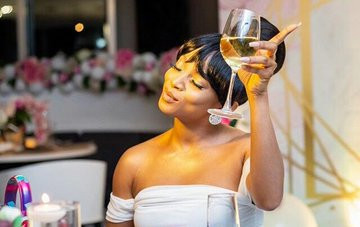 Days after rumor mongers took to social media to peddling the fake news that her Ikoye home had been taken over by officials of the Asset Management Corporation of Nigeria AMCON, Toke Makinwa this evening took to her Twitter to state that she knows some people wanted the rumor to be true so bad.

”I know some people want it to be true so bad…. apologies, not this time, not ever” she tweeted

Twitter went wild on Monday, July 27 after some users of the app claimed the home of the media personality/businesswoman had been confiscated by AMCON.

Toke however released a statement later that day, informing everyone that she is the sole owner of her Ikoyi property.