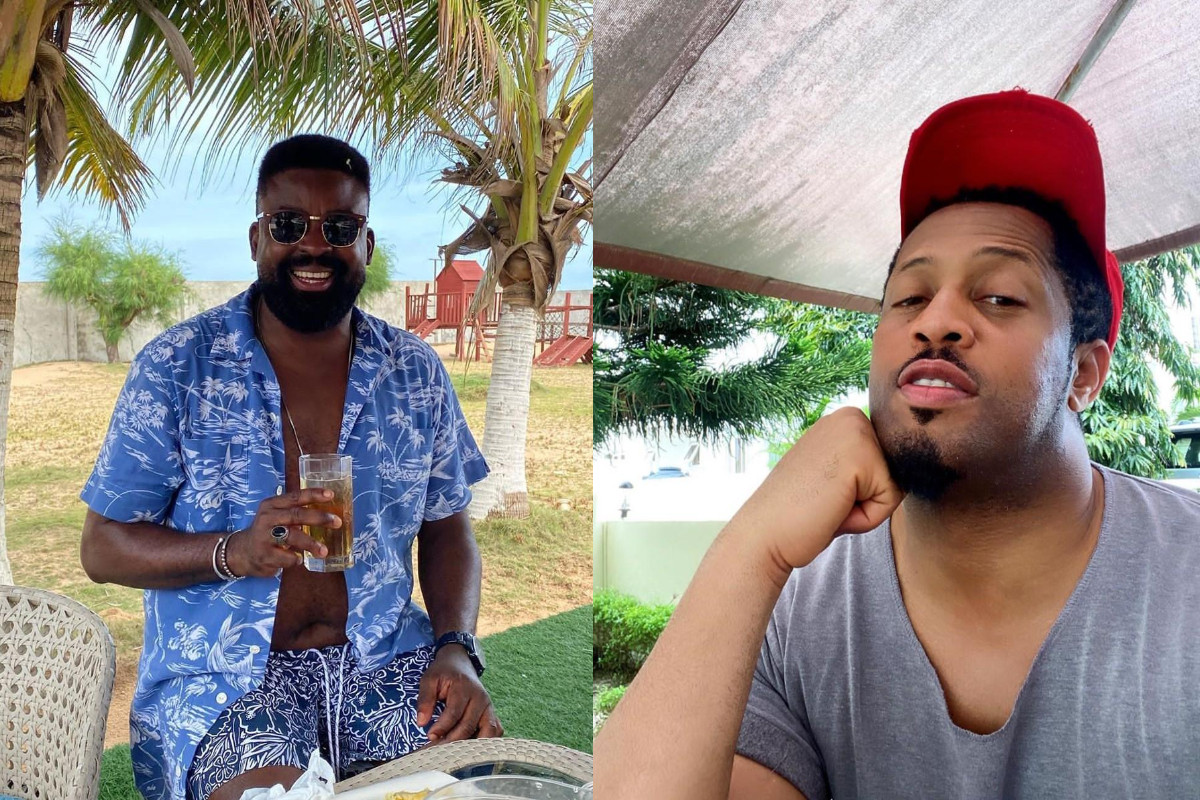 Filmmaker Kunle Afolayan has responded to actor Mike Ezuruonye’s allegation of being anti-Igbo by sharing a DM screenshot in which he (Mike) was tagged a fraudster.

Making a clarification on why he shared the post, Kunle Afolayan said he intended to “jocularly send a message to purveyors of fake news and unproven allegations that they should free him and by extension his other colleagues of such mindless allegations.”

He added that he did not just share the message to subtly disprove such accusations but to send a signal that he frowns against such intrusive messages.

On being anti-Igbo, Kunle stated that the “array of star colleagues and subject matters treated in his films, in addition to the staff in his workforce and friends in and out of Nollywood will easily put a lie to the cheap anti-Igbo toga that Mike has pitiable tried to dress him with.”

I’m compelled to publicly offer a response to Mike Ezuruonye’s diatribe against my person.

On Thursday, I shared on my Instagram timeline a message posted on my comment section about an unfounded insinuation of his involvement in scams.

With a message in Yoruba, which I inscribed on the post: “E gba mi o. Ewo n temi?” (Spare me, what’s my own) I had shared the post on my timeline with the intention to jocularly send a message to purveyors of fake news and unproven allegations that they should free me and by extension my other colleagues of such mindless allegations.

It was not just a message to subtly disprove such accusations but to send a signal that I frown against such intrusive messages.

Sadly, my colleague and brother took it badly even after exchange of private messages to explain the harmless intention behind my post.

Not only has he called me out openly and making a social media feast of his disavowal, he has also accused me of being anti-Igbo.

While my apology to him subsists, because it’s only fair; it is pathetic of him to bring needless ethnic sentiment into a mere molehill of an issue that can’t be fancied as a mountain.

To me, it didn’t matter that the sender of that message is apparently Igbo. What’s important is that my post drew no negative comments until Mike decided to raise the roof.

To dissppoint Mike and other ethnic jingoists, this molehill issue isn’t enough for me to climb the rooftop to shout my detribalised Nigerian nature. The array of star colleagues and subject matters treated in my films, in addition to the staff in my workforce and friends in and out of Nollywood that i associate with, will easily put a lie to the cheap anti-Igbo toga that Mike has pitiable tried to dress me with.

My utmost regard is always reserved for him as a man of honour and large heart that I knew him to be. 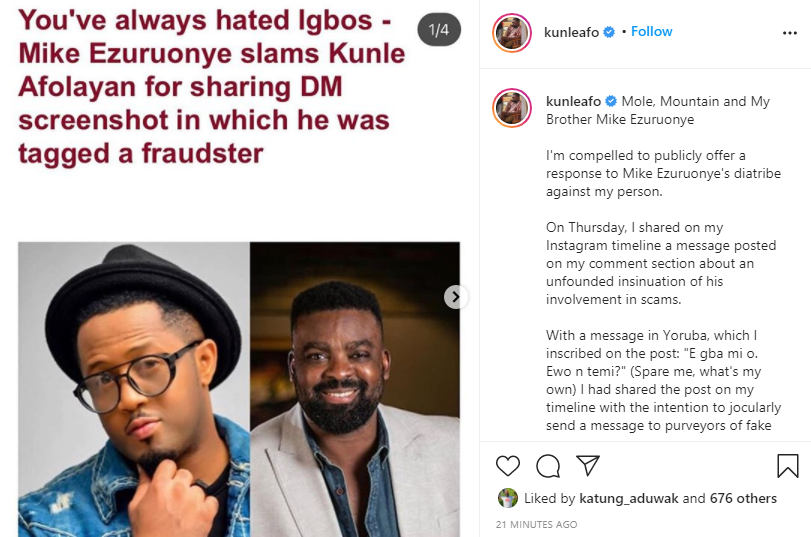 Here are also screenshots of his DM exchange with Mike Ezuruonye below; 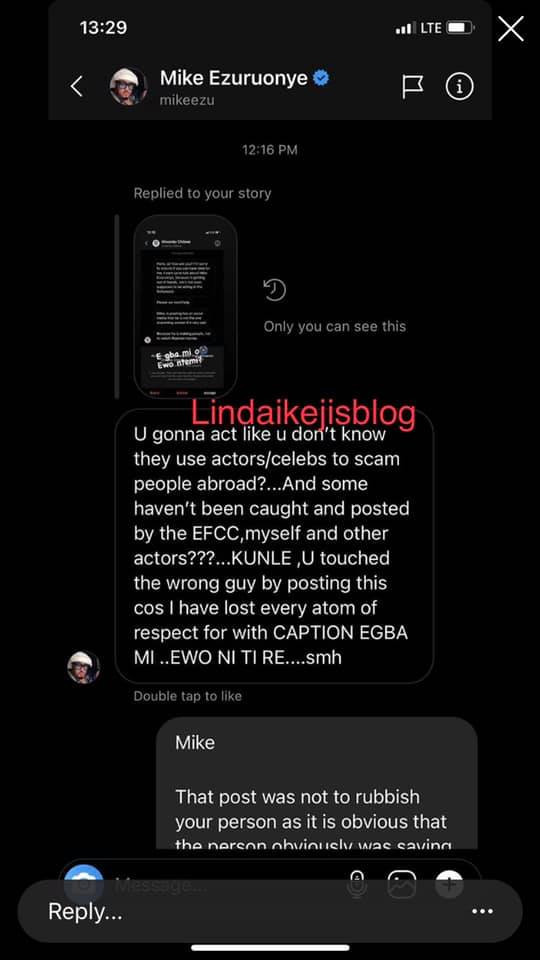 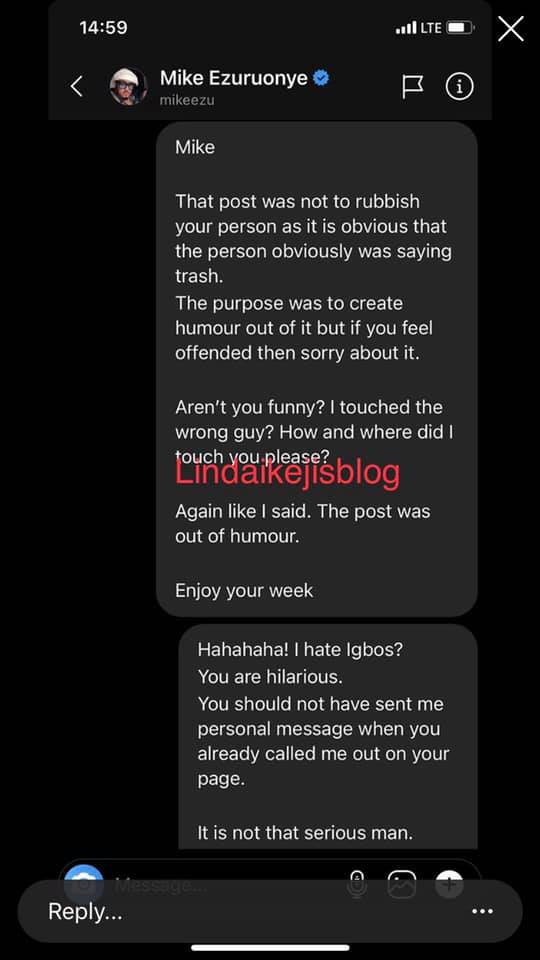 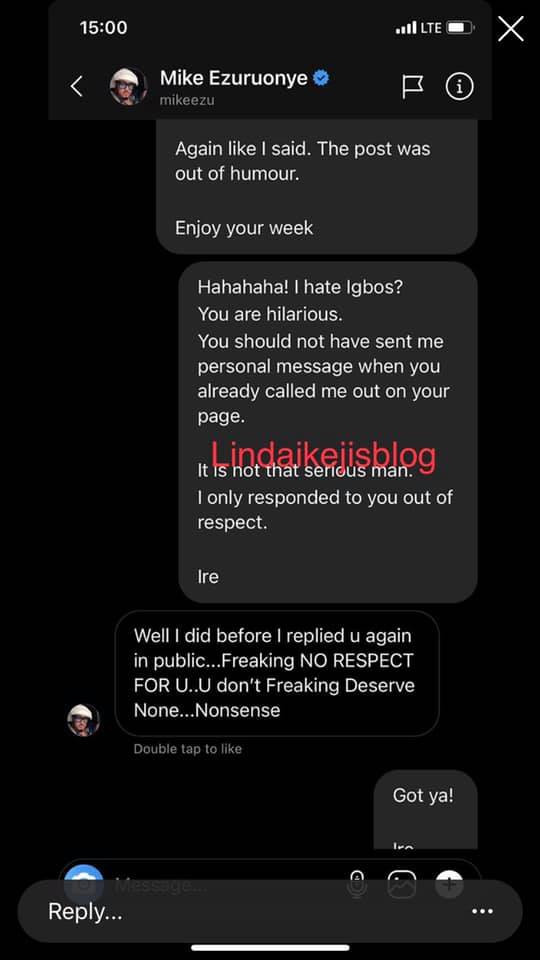 Common sense is like deodorant, the people who need it most never use it – Mike Ezuruonye tweets after Kunle Afolayan’s response 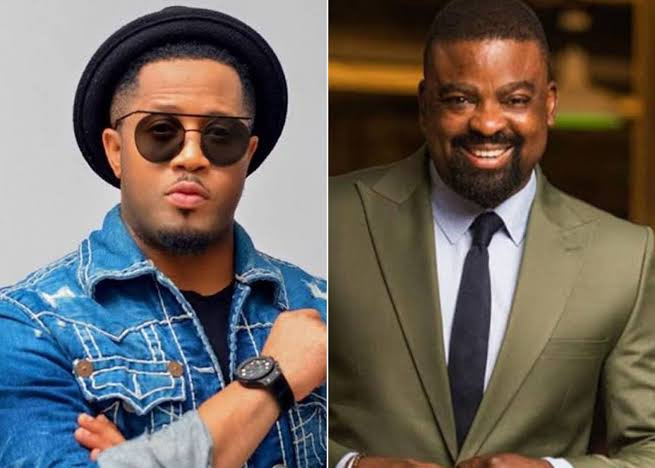 Actor Mike Ezuruonye has shared a clapback tweet to Filmmaker Kunle Afolayan’s response to his call out post.

However in a clapback tweet after the response, Mike Ezuruonye wrote;

Common sense is like deodorant, the people who need it most never use it

Update: “My people will burn Nigeria to the ground if they look for me!” – Nigerian lesbian, Amara warns people tagging police to her posts

“My family and faith absolutely do not practice polygamy” Mary Yul…