I want to be an Arsenal legend’ 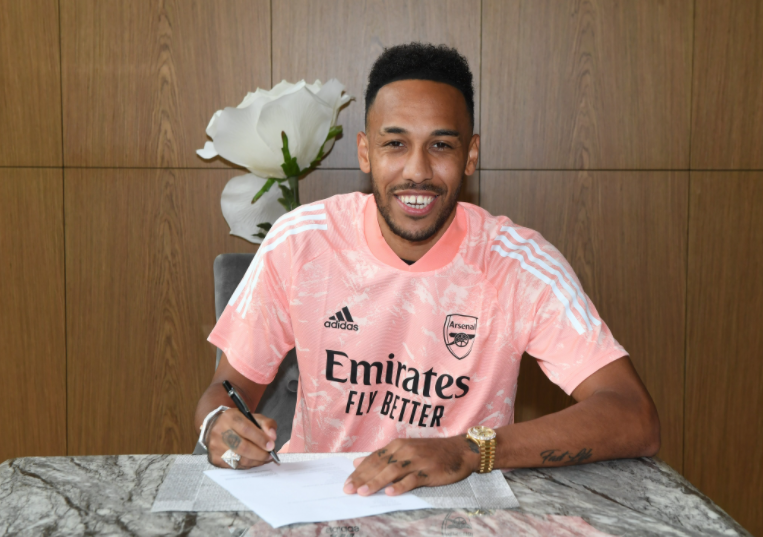 Pierre-Emerick Aubameyang has committed his future to Arsenal by signing a new contract with the north London club.

The 31-year-old Gabonese striker, whose initial deal was due to expire at the end of the season, ended speculation by extending his stay at the Emirates. He signed a three-year contract worth an initial £250,000-a-week but bonuses included in the contract can take it beyond £350,000-a-week.

‘It’s finally done, I am really really happy to be staying here,’ Aubameyang said. ‘This is my home. It’s a great day. I want to become an Arsenal legend and leave a legacy. It’s the time to work a lot but for sure I will give my best, as always.’

Arsenal coach, Mikel Arteta added: “It was important for Pierre-Emerick to stay with us. He’s a superb player with an incredible mentality. Being the player to have taken the least amount of time to reach 50 goals with this club tells you everything you need to know about him and his way of working.

“He’s an important leader for the team and a big part of what we’re building. He wants to be up there with the best players in the world and leave his mark. He can achieve that here.”

Aubameyang who joined Arsenal in January 2018 in a £56m move from Borussia Dortmund, has scored a stunning 72 goals in 112 games for the club.