I was not disqualified from Ebonyi South senatorial race, court only ordered a fresh election – Umahi 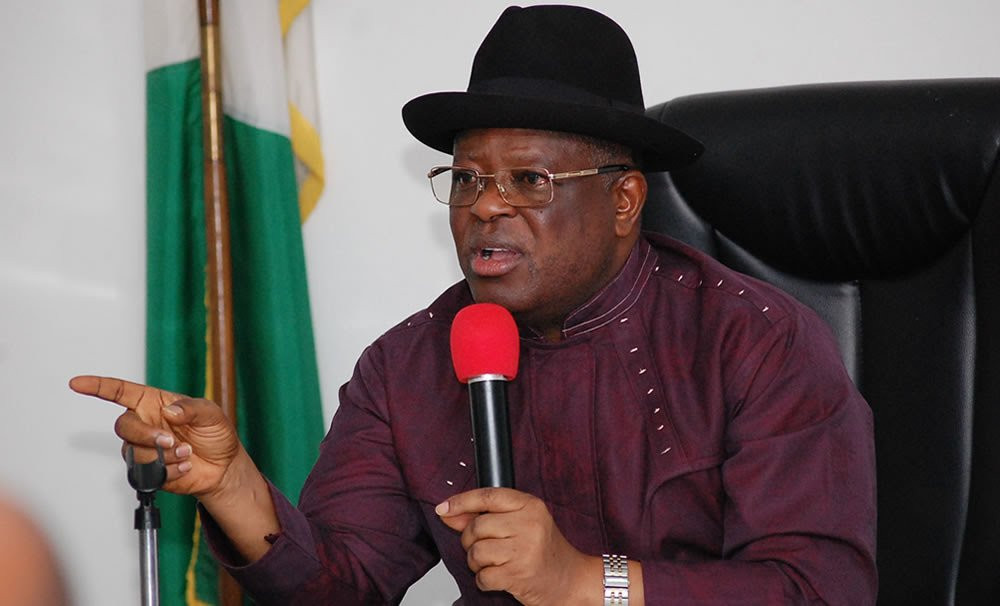 Governor David Umahi has said that he was never disqualified from contesting for Ebonyi South senatorial district election on the platform of the All Progressives Party (APC).

Speaking to Channels Television on Monday July 25, Umahi said the Federal High Court in Abakaliki did not disqualify him from the race but rather ordered that a fresh primary election be conducted in the senatorial zone.

“The fact remains that I have not seen the court judgement, but I have asked those who went to court, and I have spoken to the INEC lawyer that was in court.

“The INEC lawyer said two things: that the court order for a fresh election, and that I was never disqualified. This is very important.

“The judge cancelling the election of June 9 may not be the fault of the judge; the judge made use of the evidence before him. Our lawyer went to court because INEC did not publish my name, as submitted by the party – APC.

“The lawyer went to court on my behalf within the 14 days the publication of INEC came out to compel INEC to do that and along the line, even the PDP from my senatorial zone joined the suit. The person who came second in the first senatorial primary election also joined the suit, my sister Ann Agom-Eze.”

Commenting on claims of the Electoral Act not giving room for the purchase of two forms for different political positions at the same time, Umahi who participated in APc presidential primary stressed that it was concluded before he joined the senatorial race.

“The APC presidential election ended on May 7 and by then, there were no more aspirants.

“The time to appeal the decision of that convention had passed and so, the presidential (primary) election had been concluded.

“30 days (later), the candidate of the party withdrew … I bought my form on June 9; so, there was no time I had two forms at the same time.”

The bishops who attended unveiling of Kashim Shettima as Tinubu’s running mate turned an important thing to a theatre. They should be in churches praying – Peter Obi (video)