Superstar singer, Shakira has spoken out for the first time about her shocking split from footballer Gerard Pique after 12 years and two children together.

Shakira, who shares two sons: nine-year-old Milan and seven-year-old Sasha with Pique, made her first public comments on the split as she said: ‘Oh, this is really hard to talk about personally, especially as this is the first time I’ve ever addressed this situation in an interview. 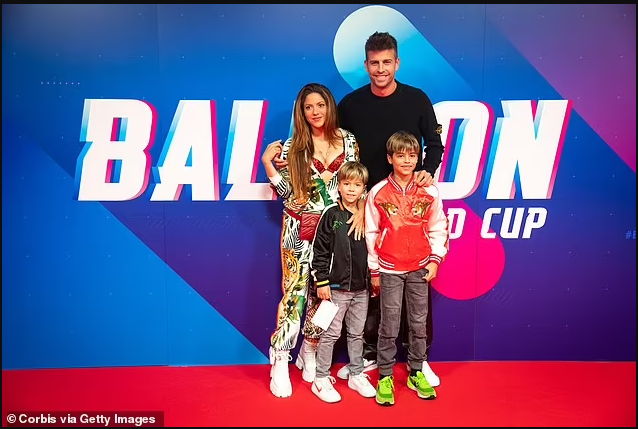 ‘I’ve remained quiet and just tried to process it all. Um, and yeah, it’s hard to talk about it, especially because I’m still going through it, and because I’m in the public eye and because our separation is not like a regular separation. And so it’s been tough not only for me, but also for my kids. Incredibly difficult.’

She went on to say that the constant spotlight on her personal life has been difficult for her family.

Shakira explained: ‘So it’s hard. And I’ve tried to conceal the situation in front of my kids. I try to do it and to protect them, because that’s my number one mission in life.’

‘But then they hear things in school from their friends or they come across some disagreeable, unpleasant news online, and it just affects them, you know?’

The now former couple announced their split back in June, with Pique already in a new relationship with 23-year-old PR student Clara Chia Marti. 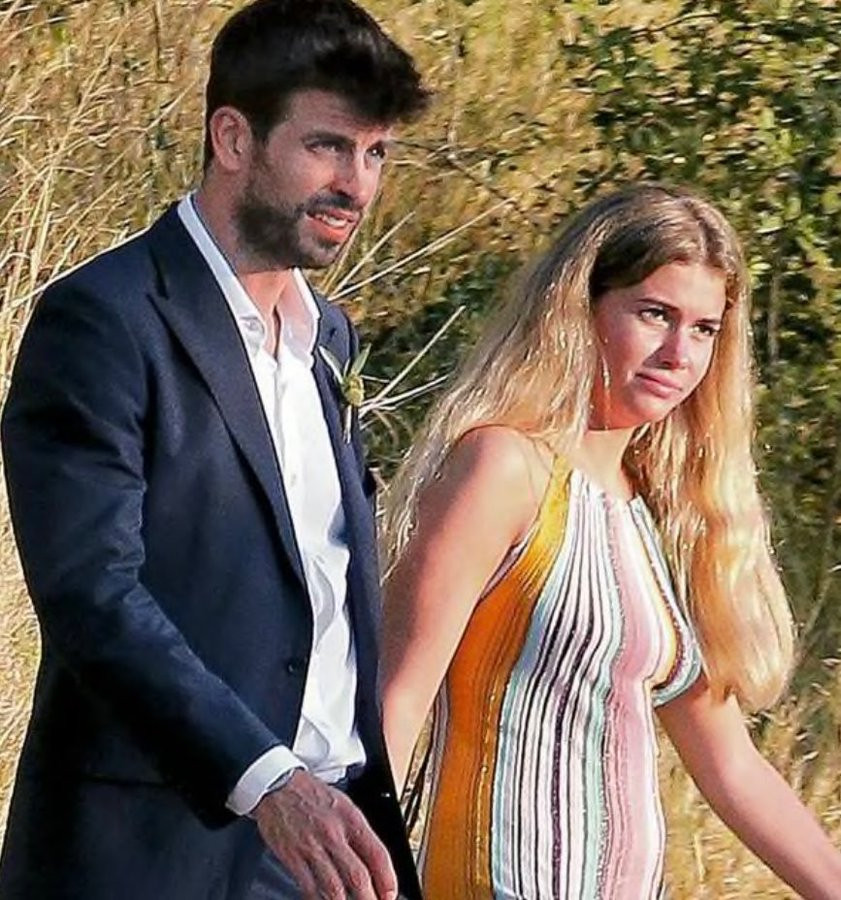 Shakira was asked how she came to understand that their long-term relationship was over but refused to comment on her ex’s new romance, saying: ‘I think that those details are somehow too private to share, at least at this very moment—everything is so raw and new. I can only say that I put everything I had into this relationship and my family.’

She also went on to talk about having a ‘nomadic life’ and settling down in Barcelona in favor of Pique’s soccer career instead of moving to the US which was best for her music career.

The Hips Don’t Lie hitmaker explained: ‘And so, one of the two had to make that effort and that sacrifice. And I did it. I put my career in second gear and I came to Spain, to support him so he could play football and win titles. And it was a sacrifice of love.

‘Thanks to that, my kids were able to have a present mom, and I have this amazing bond with them that is unbreakable and that sustains us. You know, that is it. That’s all I can say.’

Shakira also talked about how difficult it has been on her and her sons especially after her father was rushed to the hospital back in June after a ‘bad fall’.

She said: ‘Yeah. I try to conceal the situation from them as much as I can. It’s really upsetting for two kids who are trying to process their parents’ separation. And sometimes I just feel like this is all a bad dream and that I’m going to wake up at some point. But no, it’s real.

‘And what’s also real is the disappointment to see something as sacred and as special as I thought was the relationship I had with my kids’ father and see that turned into something vulgarized and cheapened by the media. And all of this while my dad has been in the ICU and I’ve been fighting on different fronts. Like I said, this is probably the darkest hour of my life. But then I think about all those women around the world who are going through hardship, who are going through a situation as bad as mine or as difficult as mine or worse.’

The Don’t You Worry hitmaker also explained the need to serve as a strong example for her kids.

‘And I want to be there, also, for all the people who have shown me their love and support. That is my biggest strength. That’s my most powerful engine right now.’

According to Spanish newspaper El Periodico, Shakira and Gerard are trying to remain friends for the sake of their children, despite their relationship being strained.

The split announcement followed rumors in the Spanish tabloids that the couple were on the verge of breaking up with sources claiming he had cheated on the star.

Shakira’s statement read: ‘We regret to confirm that we are parting ways. For the well-being of our children, who are our highest priority, we ask that you respect their privacy. Thank you for your understanding.’

Spanish outlet El Periodico reported that the couple have been living separately for a few weeks after Pique was kicked out of the family home by the pop star.

According to sources, Pique has since been living a ‘party lifestyle’ in a bachelor pad and enjoying nights out with his teammates.