The 44-year-old American rapper made the alleged confession to members of his team amid his 2016 Saint Pablo Tour, though he didn’t specify when the said fling happened, according to The Sun.

An insider claimed that West shared ‘graphic’ details about his affairs with other women during his marriage to Kim Kardashian, 40.

However, the report said Kanye didn’t clarify whether the alleged hook up with Milian occurred during his marriage, or relationship with Kardashian. 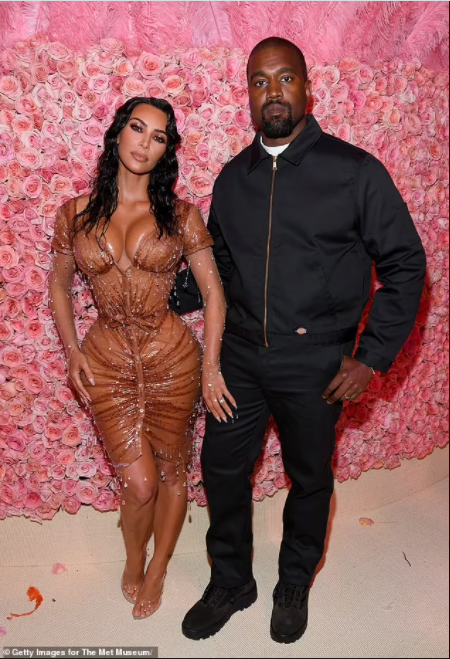 The source claimed that the rapper’s mental state appeared fragile at the time of his confessions, and they described him as ‘flipping out.’

‘Kanye was blurting it all out during the conversation which was only witnessed by members of his team,’ they explained.

‘He was opening up about cheating on Kim and freaking out, and then he suddenly announced he hooked up with Christina Milian. 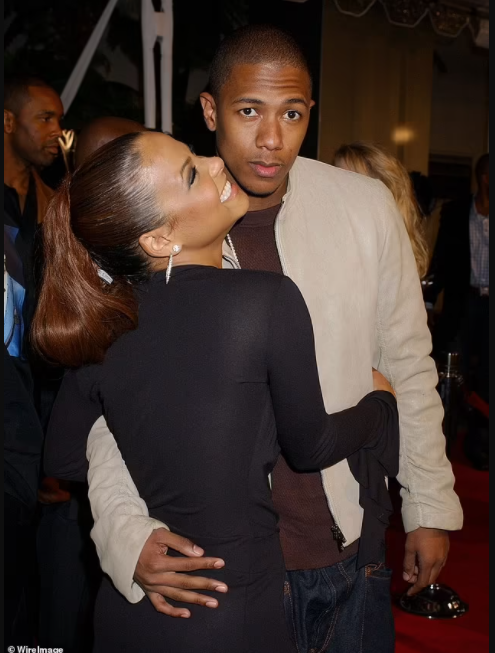 ‘Kanye was boastful and saying how good the sex was, albeit very brief after a night out at a club,’ the source claimed.

‘He didn’t go into detail about when and where it was, but mentioned Nick Cannon and bro code, as if he didn’t really want him to know.’

They added, ‘It seemed it was all in the past, but he just wanted to spill his secrets, he was getting really manic.’

West’s alleged comment about Cannon may suggest the potential fling with Milian happened prior to his relationship with Kardashian, as Cannon and Milian dated from 2003 to 2005.

During her relationship with the Masked Singer host, Milian joined West on tour in 2004.

According to the insider, the rapper’s entourage didn’t seem troubled by his confession.

‘His team were laughing and didn’t really know what to say, in a way it wasn’t too surprising, just Kanye being Kanye,’ they claimed.

‘I don’t know how Christina would feel though if she knew he was going around talking about bedding her, but at least he was complimentary.’

They concluded: ‘Nobody knows if Kim is aware they hooked up, but it’s clear they were close for years and worked together.’

In addition to opening for Kanye and Usher on their 2004 Truth tour, Milian also collaborated with the rapper and producer for her 2008 song Diamonds.

In an interview with MTV News shortly before the song’s release, the singer noted that West only took about a day to come up with melodies for the track and to record his vocals.

‘I’m really excited about that. I think he’s an awesome artist,’ she said of her collaborator.

‘It kind of just happened. We happened to be in the same studio,’ she explained. ‘I asked him to come in, and he heard it and got on it immediately. I’m glad I got to have him a part of my album.’

Earlier this month, Page Six quoted multiple sources close to West who claimed the lyrics on his new track Hurricane that detail infidelities are autobiographical.

‘The song is in a way his testimony of everything he did wrong and taking accountability for their marriage breakdown,’ one source said.

‘Here I go actin’ too rich / Here I go with a new chick / And I know what the truth is / Still playin’ after two kids / It’s a lot to digest when your life always movin’,’ the hitmaker raps during part of the song.

Another insider clarified that the ‘new chick’ does not refer to Irina Shayk, whom West briefly dated after the dissolution of his marriage to Kardashian.

Another insider told The Sun: ‘It was no secret among those who worked closely with Ye that he’d cheated after Saint was born.

‘On his Saint Pablo Tour, he was flipping out in front of his team, confessing to sleeping with girls behind Kim’s back,’ they continued.

‘He even said he’d been f***ing groupies and went into insane detail about his sex sessions, it was very graphic, his language was unreal.

‘Those who know him well, they were sitting head in hands and laughing nervously, while crew members who had just joined the tour were left stunned,’ they claimed.

‘Nobody could believe what he was saying in front of everybody, it seemed he was having an episode and was very manic.

‘He was later babbling nonsense and people were trying to calm him down and get him under control.

‘It was actually heartbreaking to watch because it was clear he was in a very bad place and needed help.’

Kardashian filed for divorce from West in February after she opened up about her husband’s mental health struggles and he launched a doomed presidential campaign. The couple share four children: North, eight; Saint, five; Chicago, three; and Psalm, two.