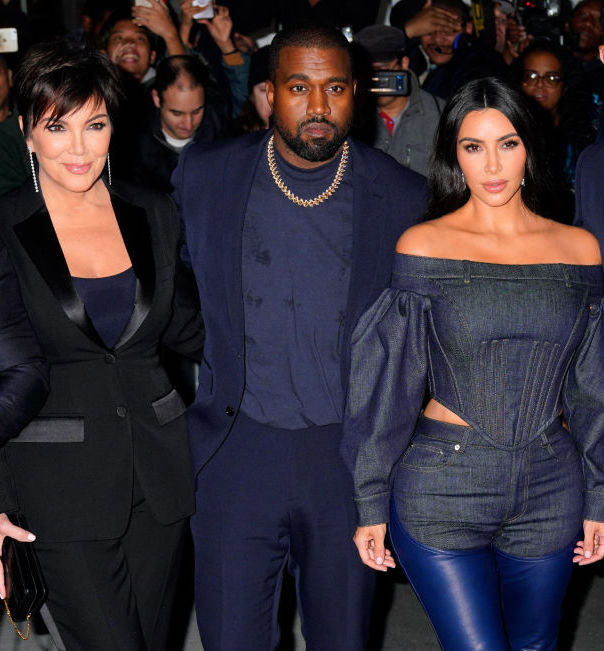 Kanye West went off on a Twitter rant on Monday July 20, calling out his wife Kim Kardashian and mother-in-law, Kris Jenner.

In series of tweets he shared, the rapper accused Kim and Jenner of trying to lock him up. He also compared his life to the movie Get Out (a movie about an African-American man who is brought to his white girlfriend’s family home and uncovers a series of disturbing details about them). He also called out Jenner over the way she handled his wife’s sex tape and Playboy shoot.

“Kim was trying to fly to Wyoming with a doctor to lock me up like on the movie Get Out because I cried about saving my daughters life yesterday,” referring to his comments about North West during his first campaign rally over the weekend.

“Kriss don’t play with me you and that calmye are not allowed around my children Ya’ll tried to lock me up,” West wrote in one tweet, seemingly referring to his mother-in-law and her boyfriend Corey Gamble. A few minutes later, he added, “Kim tried to bring a doctor to lock me up with a doctor.”

“Everybody knows the movie get out is about me,’ he also wrote. 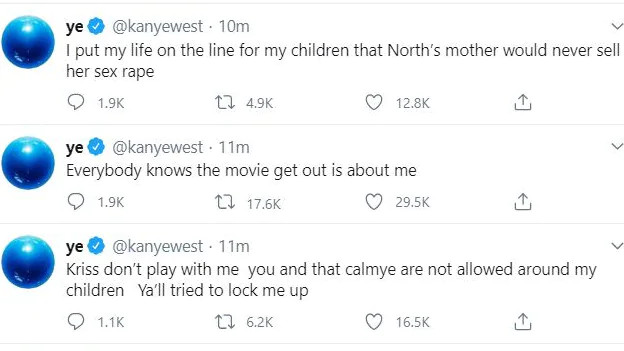 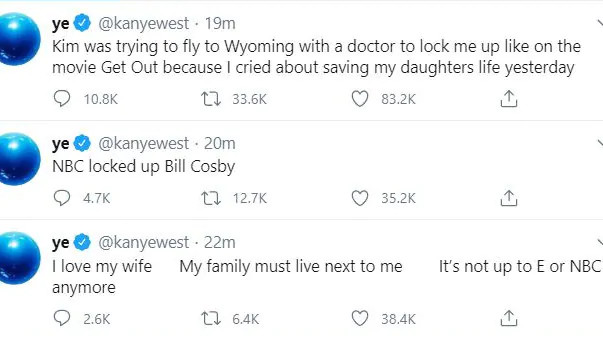 In the tweets which were deleted one hour after it was shared, Kanye also alleged that “NBC locked up Bill Cosby”, seemingly in support of the convicted sex offender. This is the second time Kanye has publicly suggested the disgraced US actor and comedian is innocent, after he infamously tweeted “BILL COSBY INNOCENT” in 2016.

Cosby was found guilty of three counts of aggravated indecent assault and sentenced to three to ten years in prison in September 2018.

Kanye also claimed that Shia LaBeouf “never showed up” to a supposed photoshoot for his Yeezy partnership with Gap, and said Vogue editor-in-chief Anna Wintour looked at him “like [he] was crazy” for collaborating with the brand. 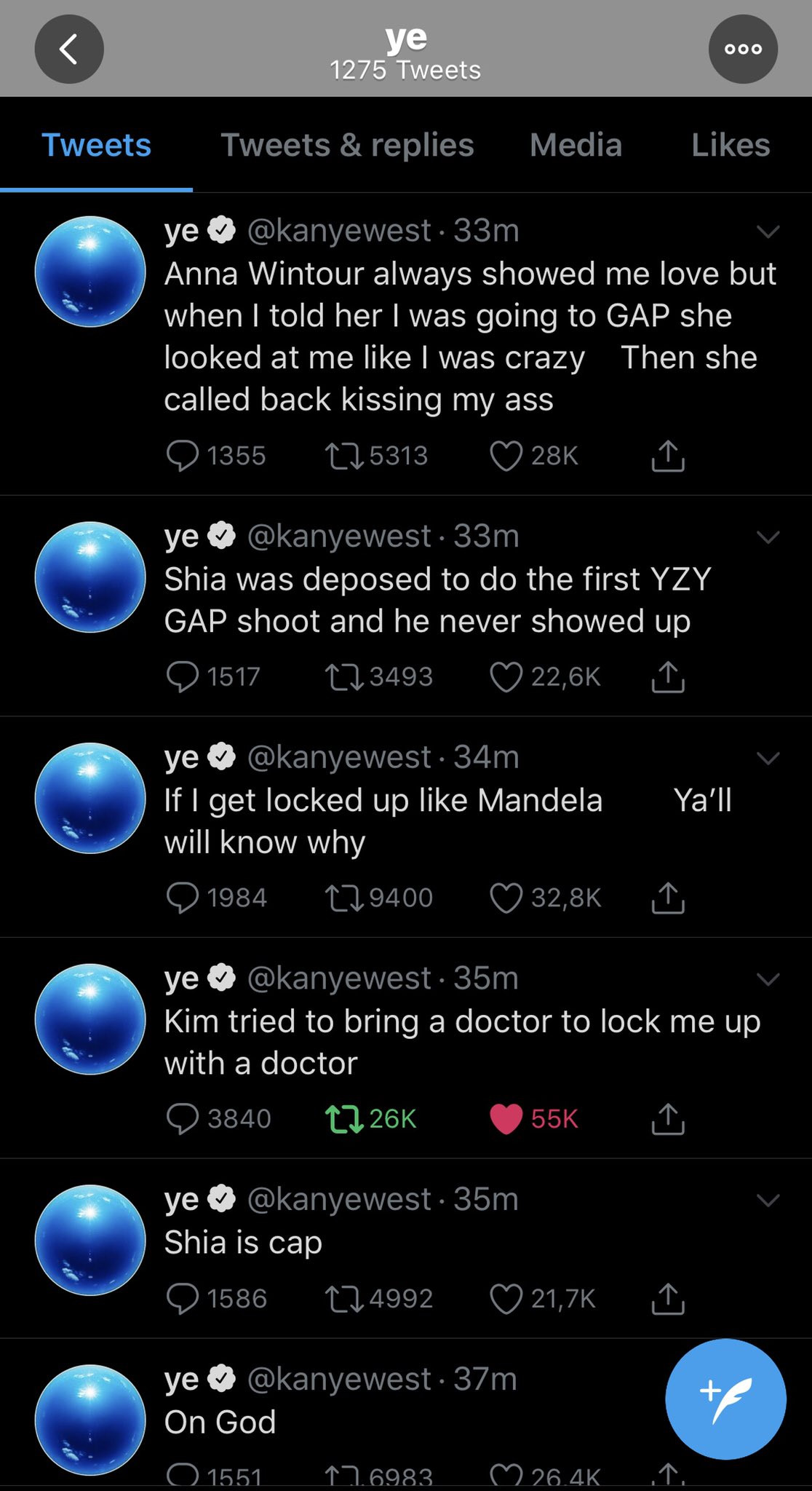 An hour later, the rapper seemed to round out his explosive tirade, simply writing: “Ima focus on the music now.” 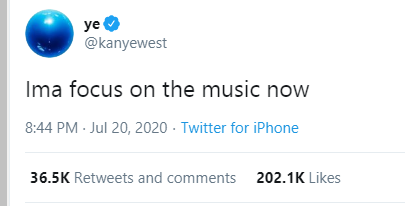 Kim and members of the Kardashian-Jenner family have not commented publicly on his latest remarks. A source previously told E! News Kim was “very concerned” for her husband of six years after his recent comments regarding his presidential aspirations made headlines.

“She understands that he goes through this from time to time. He’s very passionate in everything he does, which Kim respects, but she doesn’t always agree with his actions.”

Another insider told PEOPLE on Monday that “things have broken down significantly between the two of them, and it’s happened pretty suddenly.”

Nigerian woman dies a day after getting married.