Football star, Cristiano Ronaldo, with 252 million followers, was the first person ever to hit 200 million.

As of Friday last week, Kardashian was listed at 198 million followers but on Sunday, January 17,  reached the 200million milestone.

“200 MIL thank you so much for the love,” she wrote alongside three photos of herself in a cleavage-baring tank top. 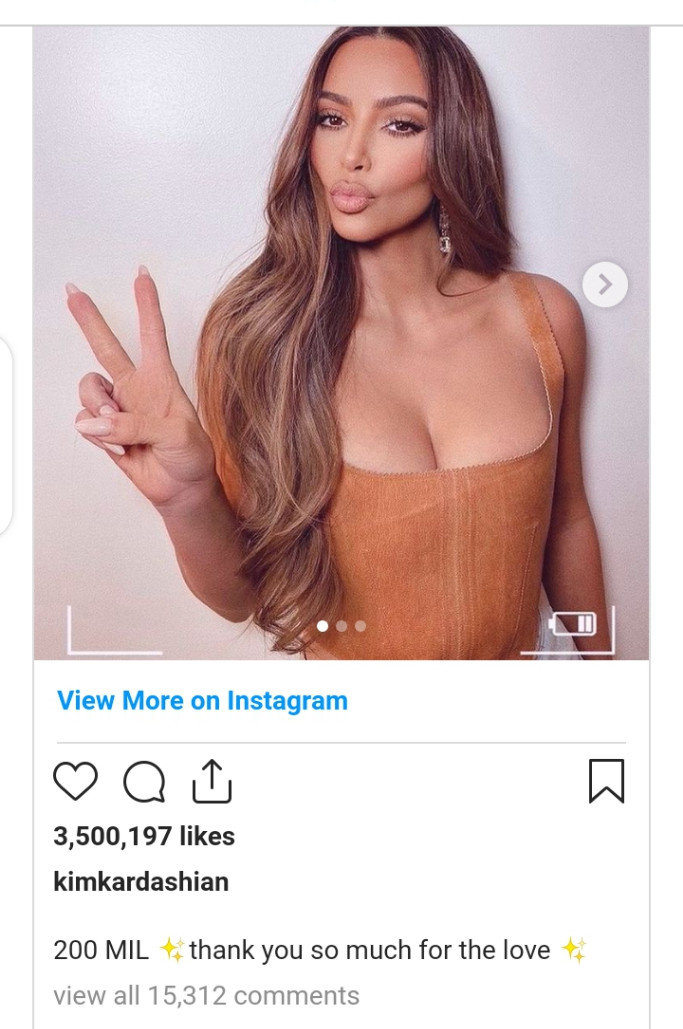