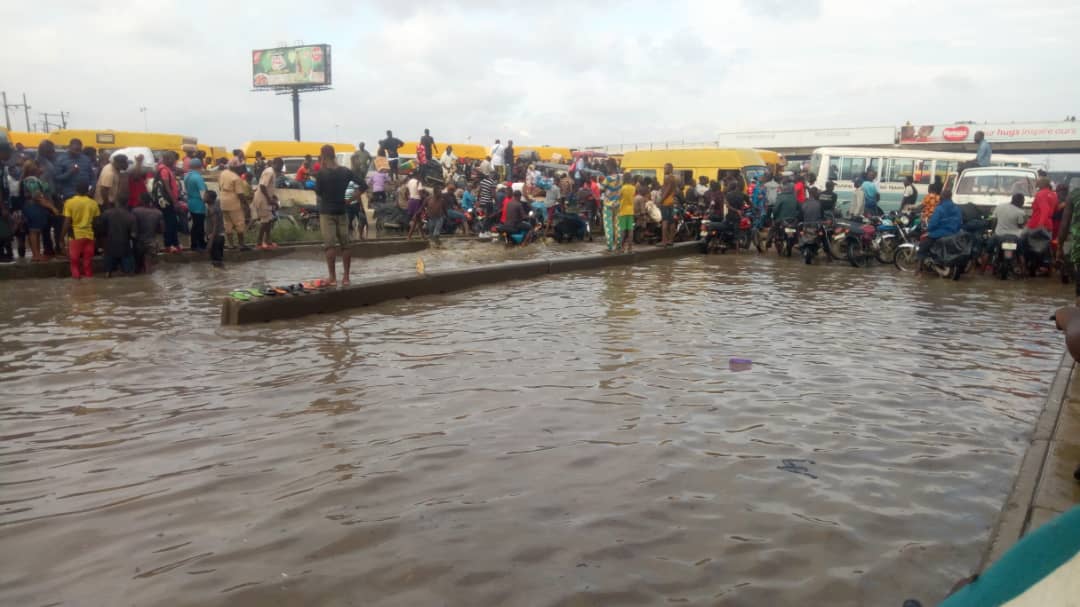 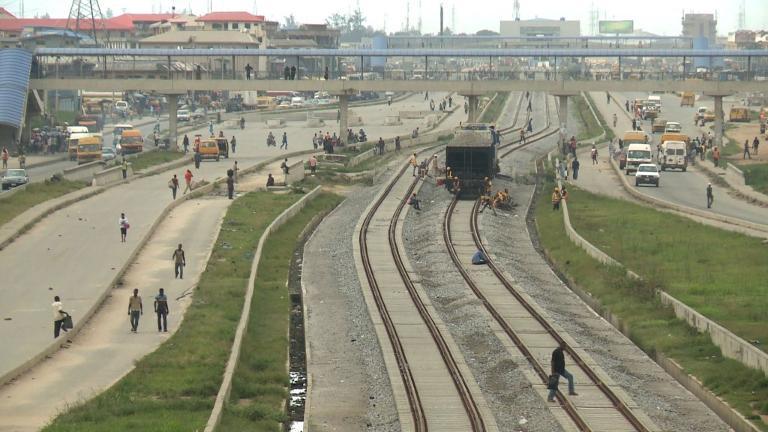 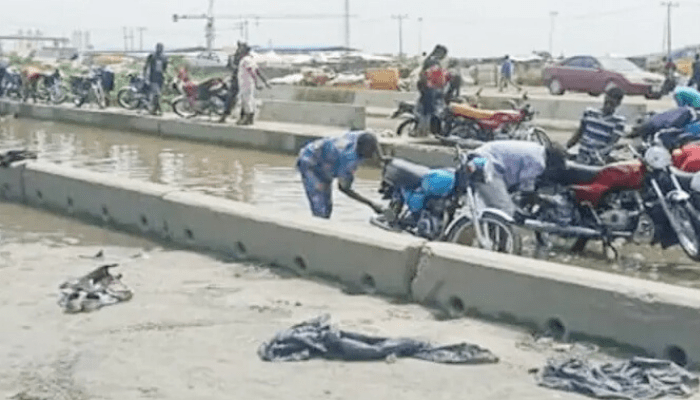 Massive flooding due to the persistent rainfall in the past days has overtaken the new multi-million naira rail tracks laid along the Lagos-Badagry expressway integrated multiple intermodal transport project constructed during the administration of Raji Babatunde Fashola as the governor of Lagos state.

It is not only the rail tracks with some of the segments completed and others half-completed since the exit of former governor Babatunde Fahola about six years ago and now minister of works that is affected; heavy flooding is also a recurring decimal at the ever-busy Mile 2 interchange with daily heavy vehicular density.

Driving through the interchange either coming from Badagry or from the Iganmu end has remained a motorists nightmare as a result of flooding on the surface of the purportedly completed Iganmu to Mile 2 stretch of the Lagos-Badagry ECOWAS super highway.
The decayed condition of the road raises concerns on the quality of materials and level of supervision, if any, by the state government during the project execution.

During his pre-election campaigns and subsequent assumption of office on May 29, 2019, Babajide Sanwo-Olu, the current governor of Lagos state expressed his desire to put smiles on the faces of Lagosians plying the route. This he followed by ordering the Chinese Civil Engineering & Construction Corporation (CCECC) back to site.

But as at the time of filing this report, daily commuting experience of BusinessDay reporter along the corridor suggests that commuters daily struggles on that corridor to get to their destinations as a result of bad portions of the road as the Chinese contractors has once again gone to sleep.

Worst case scenarios on this corridor where there are doubts if any of the officials of government travels on, is the stretch between the Military Cantonment through the Lagos State University Ojo (littered with waste-bin around the surroundings) and extending to Okokomaiko which among other infrastructure houses the official quarters of the Department of State Services (DSS).

Breaking—- USA buys up all the Coronavirus drug Remdesivir produced for its personal use.