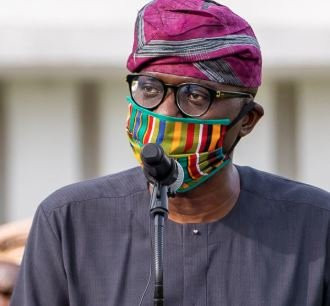 The Lagos state governor, Babajide Sanwo-Olu, has announced the reopening of worship centers in the state beginning from Friday, August 7.

Governor Sanwo-Olu announced this at a press briefing today August 1.

While mosques will be reopened next week Friday August 7, the governor said churches will follow suit on Sunday, August 9. He said religious leaders must make available hand sanitizers, thermometer guns, adding that the state government will ensure that social distancing is maintained.

He said night vigils and other services are still suspended. Citizens above 65 years old are to stay at home. He said handshakes, hugs and ”hi-fives” are banned during services. The Governor has also increased public gatherings capacity from 20 to 50 people.

He said along with the Federal government directive, schools in the state will reopen for exiting classes beginning from August 3.

The governor said Night clubs, cinemas, game houses, and spas in the state are to remain shut.

Majek Fashek and the Curse of Drug Addiction.