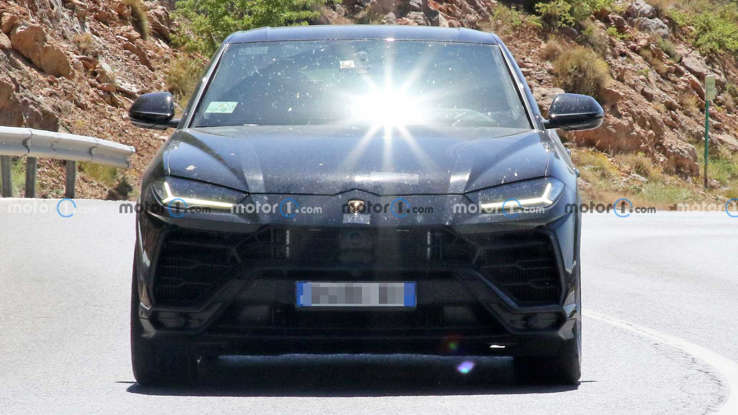 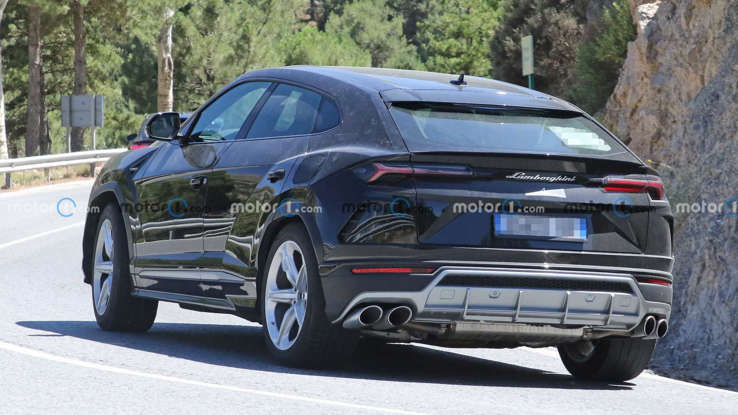 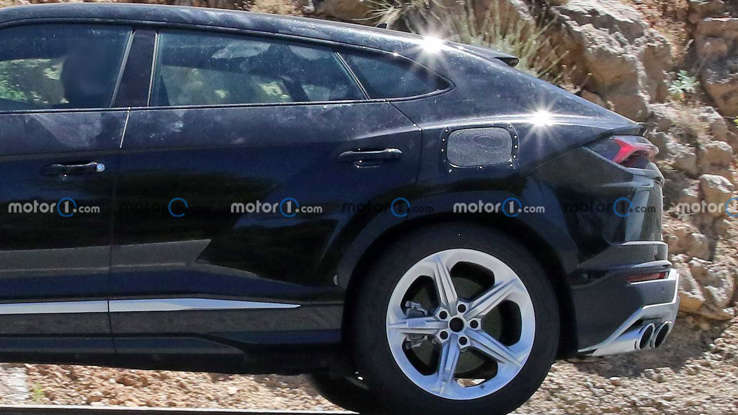 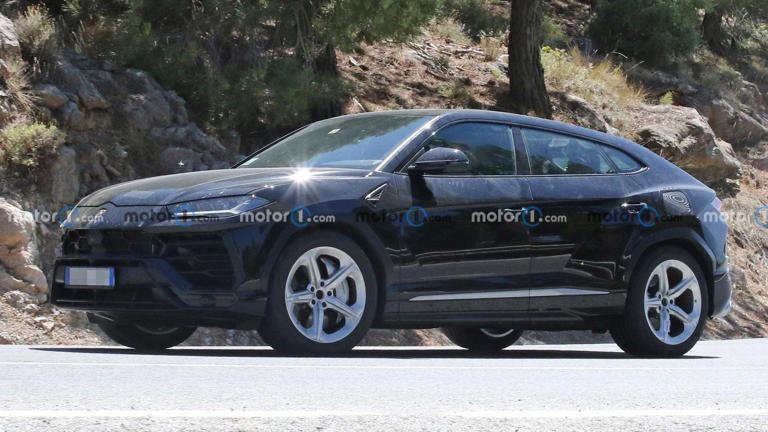 After lots of rumors, this gallery of spy shots finally shows us the Lamborghini Urus plug-in hybrid. The electrified crossover might be among Lambo’s planned debuts for this year.

The major focus of these images is the additional flap on the driver’s side rear fender. The matte-finish door is tacked onto the body. Behind it, there’s the spot for plugging in the vehicle. Further evidence that this is a PHEV is on the windshield where there’s a decal showing a plug-in vehicle.

This Urus still wears the current model’s front end, rather than what we are seeing from the upcoming refresh. It lacks the updated grille, hood, rear fenders, and other elements that are among the elements on the revised model.

According to an earlier rumor, the Urus PHEV allegedly uses Porsche’s LK5 engine. This is the designation for the hybrid-assisted twin-turbo 4.0-liter V8 that is in models like the Panamera Turbo S E-Hybrid. In the current application, the mill makes 689 horsepower (513 kilowatts). Although, the report claims Lamborghini might push the output to around 820 hp (612 kW). Either way, this would be an upgrade over the existing Urus’ 4.0-liter twin-turbo V8 with 641 hp (479 kW).

The refreshed Urus would also reportedly still be available with the current engine but possibly with an increased power output. Expect the eight-speed gearbox to carry over from this existing model.

In addition to the standard Urus and the PHEV, there’s a rumor of a performance-focused model fitting in between them. It would allegedly make around 700 hp (514 kW) and have a lower weight to create a sportier crossover.

The updated Urus might debut at the Pebble Beach Concours d’Elegance in August. It’s not clear whether the hybrid’s unveiling would happen at the same time or come later. Lamborghini intends to offer some form of electrification on all of the brand’s products by the end of 2024, so the wait to see the PHEV shouldn’t be too long.