Nnenna Amadi, a student of the Nigerian Law School, Lagos Campus, has passed on due to alleged negligence from the school’s medical centre.

It was gathered that the deceased had a severe asthma attack on Thursday, August 11, and was rushed to the school’s medical centre.

Sources allege the law school’s clinic has only one nurse and that instead of giving Nnenna oxygen they gave her injection because they didn’t have oxygen.

She was later rushed to another hospital where she was confirmed dead on arrival.

Sources claim she kept saying: “I can’t breathe!” before she died.

Nnenna lost her dad in April this year. 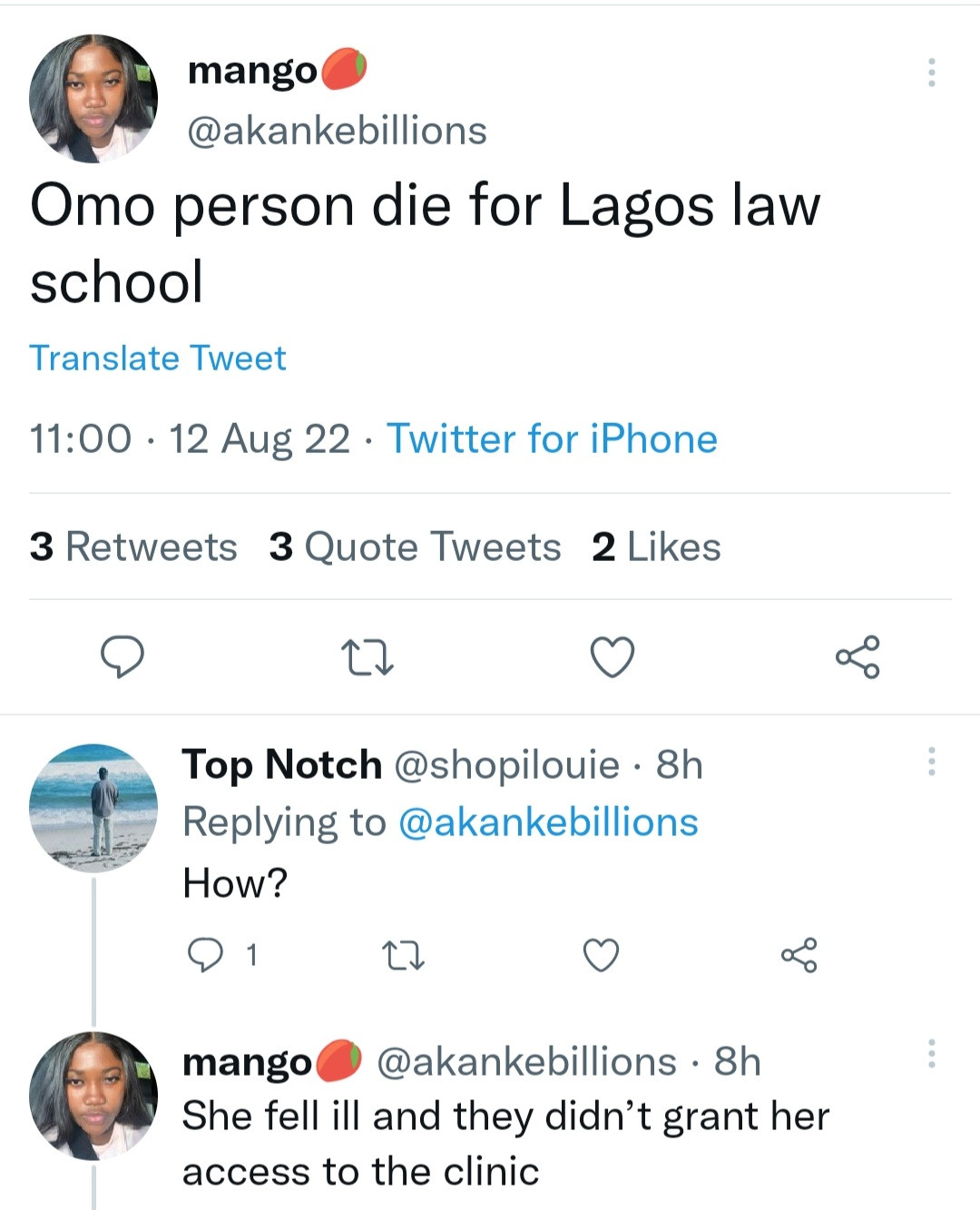 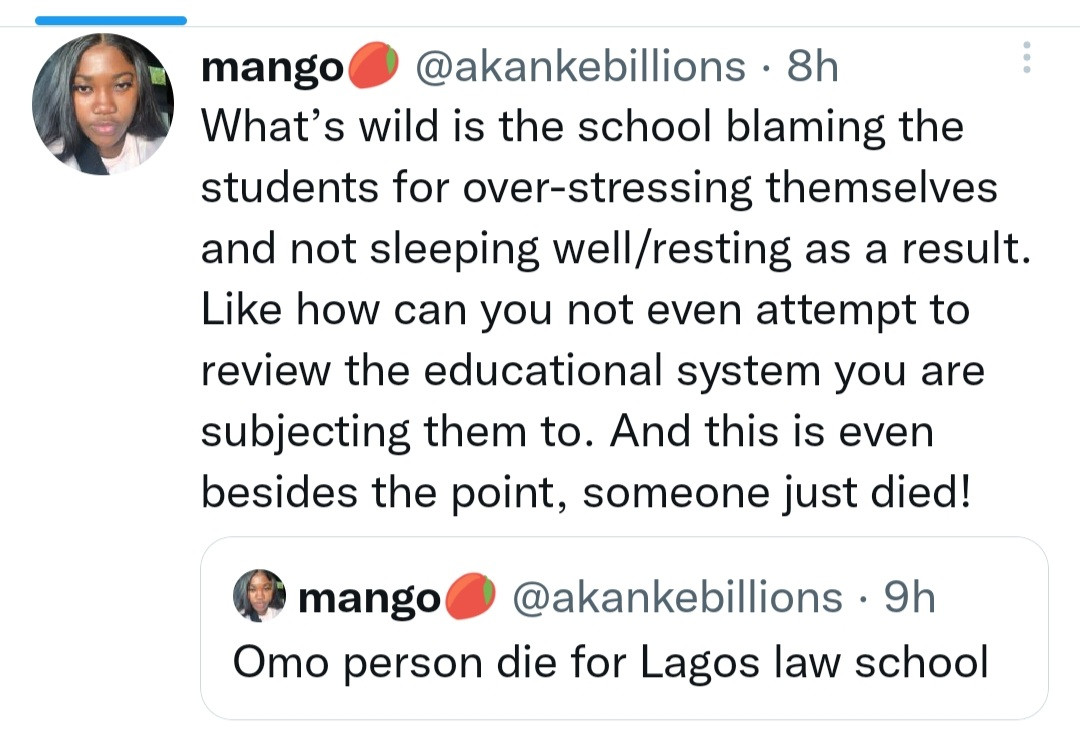 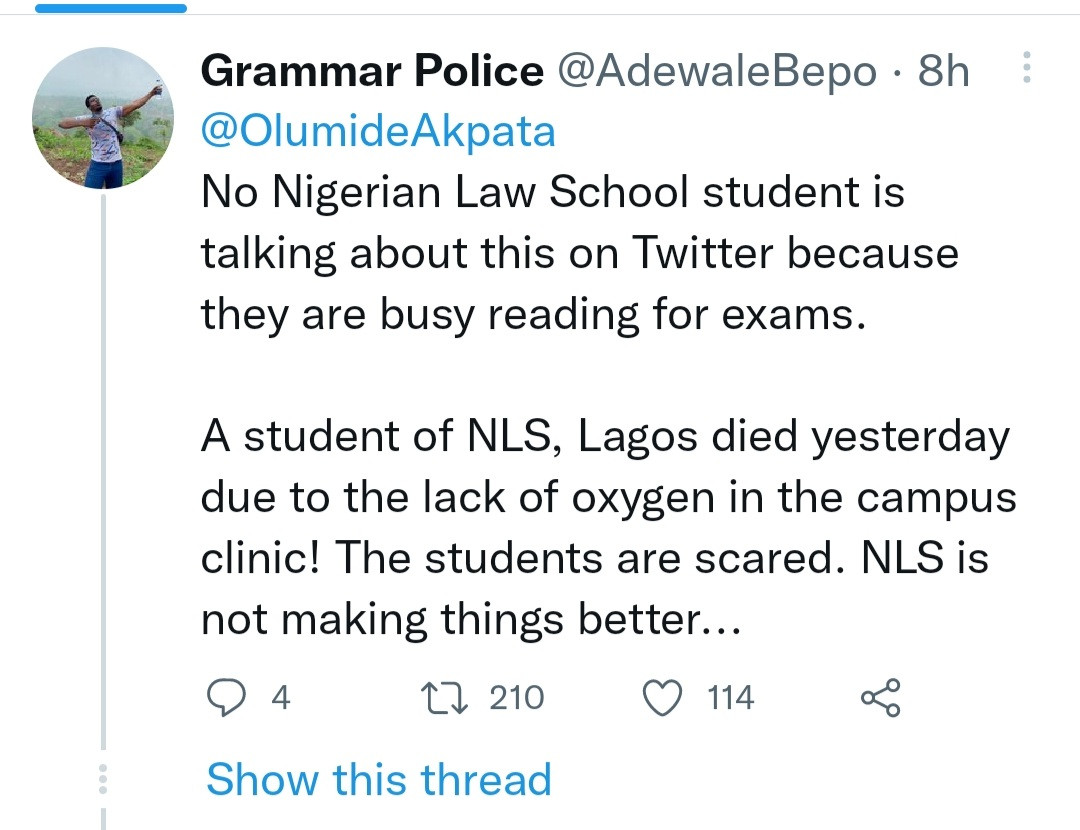