Luton Shelton, one of Jamaica’s most prolific goalscorers, dies at 35 following battle with Amyotrophic Lateral Sclerosis 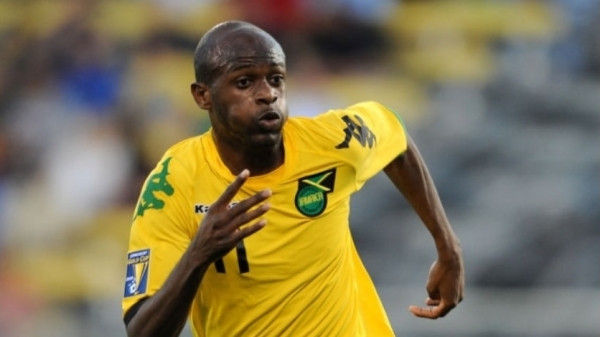 Former Sheffield United and Jamaica’s record goalscorer, Luton Shelton has died at the age of 35.

Shelton passed away on Friday January 22, at the Andrews Memorial Hospital in St Andrew. He was pronounced dead after he developed complications and was unresponsive when he was rushed to the hospital.

The talented footballer had been suffering from Amyotrophic Lateral Sclerosis (ALS), or Lou Gehrig’s disease, an illness that causes the motor neurons inside the spinal cord to die and over time causes muscles to degenerate progressively eliminating the ability of the affected person to move, speak, swallow and, eventually, breathe.

The Jamaican was with the Blades from January 2007 to  2008, making four Premier League appearances towards the end of 2006-07 as the club were relegated, and then scoring four times in 21 outings the following season.

Sheffield United said in a statement on their official website: ‘Sheffield United is saddened to hear reports in the Caribbean indicating the passing of our former striker, Luton Shelton, aged just 35.”

‘In recent years he has bravely battled Amyotrophic Lateral Sclerosis (ALS) – a progressive neurodegenerative disease. The condolences of all at the Blades are with Luton’s family at this difficult time.’

Norwegian outfit Valerenga, another of Shelton’s former clubs, said on Twitter: ‘The sad news (of) Luton Shelton’s untimely passing has reached us.

‘He had ALS and was only 35 years old. Our thoughts go to his family and friends. Rest in peace Luton, in Valerenga you will never be forgotten.’

He made his international debut for Jamaica in 2004 and went on to earn 75 caps scoring a record 35 goals.

Man found dead in his car in Lagos (photos)