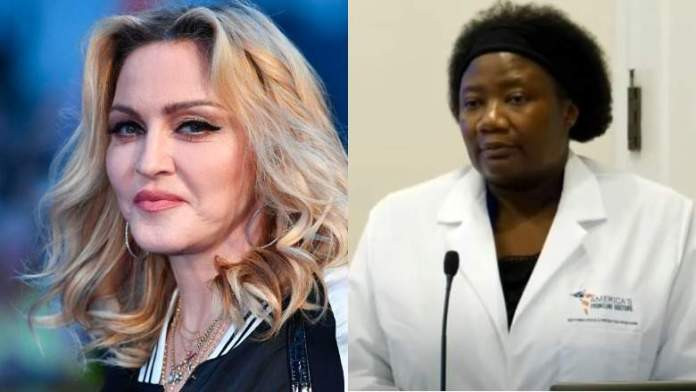 The Pop Queen shared a video of Nigerian-trained US-based medical doctor who claimed she has cured COVID-19 patients with hydroxychloroquine after it was retweeted by President Trump before being removed for ‘misinformation’ by Twitter, Facebook, and Youtube.

In the video, Dr. Stella Immanuel stated that the antimalarial drug, hydroxychloroquine, zinc, and antibacterial drug, Zithromax were effective in the treatment of Coronavirus. She also accused her colleagues, public figures, and pharmaceutical companies of cover-up.

Showing support to Dr. Stella Immanuel, Madonna, 61, praised her and called the doctor her ‘hero’ in her post.

She wrote: ‘The Truth will set us all Free. But some people dont want to don’t the truth.’

‘Especially the people in power who stand to make money from this long drawn out search for a vaccine Which has been proven and has been available for months.’

‘They would rather let fear control them and let the rich get richer and the poor and sick get sicker.’

‘This woman is my hero thank you Stella Immanuel.’

The post appeared blurred with a warning over the video: “False Information” before the video could be viewed on her channel, adding it was ‘Reviewed by independent fact-checkers.’ 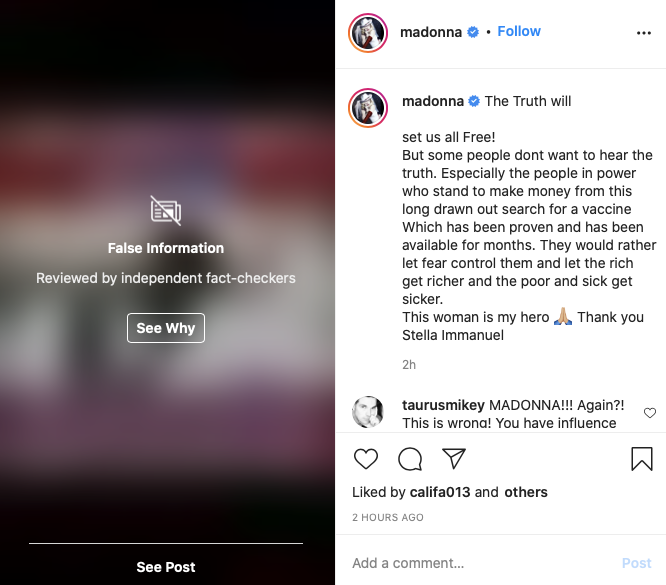 The video was later deleted from Madonna’s Instagram page after “primary claims in this information are factually inaccurate,” Instagram warns.