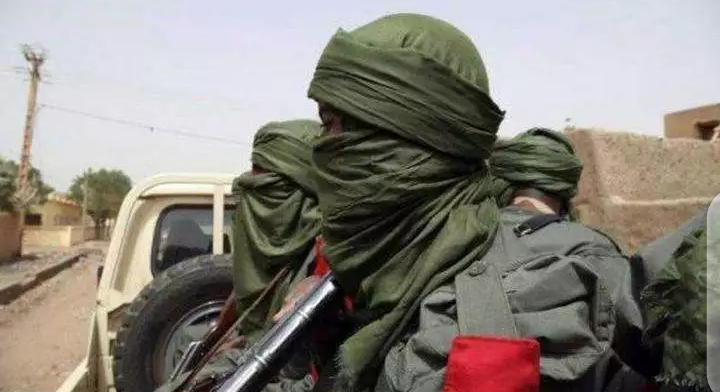 Salisu Maku, the kidnapped son of Mr. Usman Maku, who was kidnapped in Gudi, was found dead yesterday amid the funeral of his sister, Sahadatu, who was shot dead by kidnappers on Tuesday.

Gunmen suspected to be Fulani had invaded the home of the elder brother to Labaran Maku in Gudi, the hometown of Nasarawa State Governor Abdullahi Sule, and killed his daughter. They also abducted his eldest son, Salisu, and the wife, Asamawu.

A resident of Gudi, Mr. Kaura Danladi, told The Guardian that over 10 gunmen invaded the town at about 8p.m. on Tuesday, shooting sporadically and headed for Maku’s residence, some 200 metres away from the governor’s.
[a]d
Danladi said that Maku’s daughter, who graduated from Ahmadu Bello University (ABU), Zaria, was shot through the window by the bandits. She died while being rushed to the hospital by family members.

After the daughter was buried at the family compound, there was pandemonium yesterday when news came that the lifeless body of Salisu had been found few metres away from the house.

According to Jonah Yakubu, the kidnappers are demanding N20 million before the release of Salisu’s wife.

Meanwhile, Governor Sule has convened a state-wide security meeting at the Banquet Hall of the Government House in Lafia.

In his opening speech, the governor emphasised his administration’s determination to ensure peace and security of lives and property in the state.

Sule, however, told Fulani chiefs to tame the criminal activities of their own in the state, warning that his administration would not tolerate any form of criminality by any group or persons.

Urging traditional and religious leaders to uphold ethnic and religious tolerance in the interest of peace in the state, he appealed to participants at the meeting chaired by the Emir of Lafia, Justice Sidi Bage, to come up with workable solutions to insecurity in the state.

Last week, over 30 passengers were kidnapped by gunmen along Mararaba Udege/Loko highway and nothing has been heard about them since then.